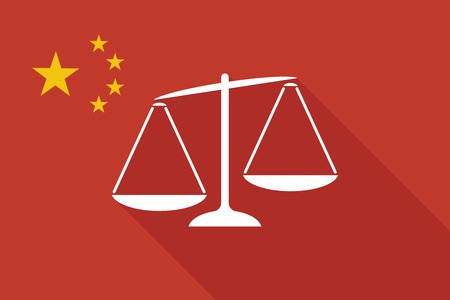 On Wednesday, August 2nd, The Washington Post reported on plans being made by the Trump administration to open a probe into deceptive Chinese trade practices. According to unnamed sources close to the matter, frustrations with China’s inability to pressure North Korea could lead to potential action on claims of intellectual property infringement and joint venture tech transfer rules in China.

According to The Washington Post’s report, the Trump administration is looking into invoking Section 301 of the Trade Act of 1974. This particular statute gives the President authority to take all appropriate action, including retaliatory action, to get another country to end a policy or practice which violates international trade agreements or burdens U.S. commerce. This provision allows the executive branch of the federal government to take enforcement actions without receiving authorization from the World Trade Organization (WTO). Reports indicate that President Trump’s potential action on China actually has bipartisan support from Democrats in Congress.

One thing that any White House probe should be able to discover is that, whether or not Chinese nationals engage heavily in IP infringement, it could be argued that the Chinese government is actually a better jurisdiction for finding remedies to infringement allegations than even the United States. Chinese President Xi Jinping just recently came out with statements on making infringers pay “a heavy price” while, here in America, patent troll Rep. Darrell Issa (R-CA) presides over hearings on patent reform with panels made up of witnesses who are overtly anti-patent owner in their views. Through last July, foreign plaintiffs bringing patent infringement claims to Beijing’s specialized IP court had a 100 percent winning rate in those cases, so if infringement is heavy in China, China does seem to be offering remedies to IP owners who allege infringement.

Where joint venture tech transfer rules are concerned, however, the Trump administration may well find out that the Chinese government is enabling practices that do violate international treaties. Foreign entities who want to operate in the Chinese market are typically forced to do so as joint ventures with domestic entities and the transfer of intellectual property assets from the foreign entity to the domestic one is often enforced. That policy runs afoul of the WTO’s Agreement on Trade-Related Aspects of Intellectual Property Rights (TRIPS). China’s been a member of the WTO since 2001 and must adhere to that organization’s international treaties. And even as the Chinese government appears to be more welcoming to foreign IP owners, the country is supporting an indigenous innovation policy, which aims to make China the dominant market in the world regarding tech development by 2050. Joint venture tech transfer rules that benefit domestic entities at the expense of foreign ones ought to be even more galling in the face of the fact that 96 percent of the more than one million patent applications filed in 2015 with China’s State Intellectual Property Office (SIPO) are filed in the domestic office only. They may not enforceable in foreign jurisdictions but that may not matter to a Chinese federal government that aims to build a tech powerhouse over the next few decades.

Washington, D.C., continues to follow a false narrative on “patent trolls” to the detriment of the U.S. economy. China continues to welcome expanded patent rights for software and business method innovations. What will it take for the U.S. federal government to realize that America’s efficient infringer lobby is taking us on a road to nowhere, to a place where China becomes the preferred jurisdiction for intellectual property rights?