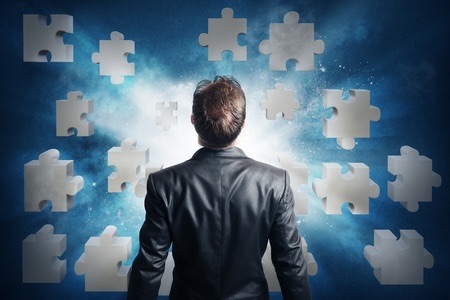 Since the recent Supreme Court (SC) decisions in Mayo, Myriad and Alice, the patent community has been roiled by unclear guidance in the area of patent subject matter eligibility (35 USC 101), especially as it relates to software and biotech. It’s true that the sky hasn’t fallen on the patents crucial to these industries, but that hasn’t quashed the call for Congress to intervene. Furthermore, the application of these key SC cases by the lower courts has been inconsistent, and while the Court of Appeals for the Federal Circuit (CAFC) continues to offer helpful clarification, many in the patent community have run out of patience.

These proposals offer thoughtful but distinctly different legislative options for legislative reform. Harkening back to original Congressional intent, the IPO and the AIPLA proposals define the types of inventions that are not eligible. To determine eligibility under the IPO proposal a person of ordinary skill in the relevant art must find that the claimed invention as a whole does not exist independently in nature or solely in the human mind. While this requirement is on the right track, it leaves an avenue for court interpretation that could reintroduce uncertainty – the very thing proponents wish to avoid.. The AIPLA doesn’t refer to a skill level and uses the “invention as a whole exists in nature independent of and prior to any human activity, or can be performed solely in the human mind” standard.

Meanwhile, the ABA/IP correctly points out that the recent SC decisions inject ambiguity into the 101 analysis by requiring an analysis of what is routine, something normally reviewed under other sections of the statute. The ABA/IP proposal addresses what it believes is the intended focus of the SC, namely the preemption of others from seeking to patent basic building blocks of science. However, the determination of what is basic can be parsed into small distinct areas that do not help to cure perceived ills.

A summary of the recent reform proposals include:

Whoever invents or discovers any useful process, machine, manufacture, or composition of matter, or any useful improvement thereof, shall be entitled to obtain a patent on such invention or discovery, absent a finding that one or more conditions or requirements under this title have not been met.

Whoever invents or discovers, and claims as an invention, any useful process, machine, manufacture, composition of matter, or any useful improvement thereto, shall be entitled to a patent for a claimed invention thereof, subject only to the exceptions, conditions, and requirements set forth in this Title.

Whoever invents or discovers any useful process, machine, manufacture, composition of matter, or any useful improvement thereof, shall be entitled to a patent therefor, subject only to the conditions and requirements set forth in this title.

Here are the three major problems with all of these proposals:

First, the biggest challenge faced by all three proposals is that they are perceived to expand patent eligibility to a scope that is as broad as – or perhaps broader than – any point in the nation’s history. In particular, the extension of patent protection to business and social methods and processes is likely to be a sticking point for many in the tech industry.

Secondly, this assortment of proposals that are similar, but not the same, complicates an already difficult job for lawmakers. Enacting legislation is a difficult process. With even those stakeholders in support of reform divided over the correct approach, both the beginning point in the debate and the path forward are clouded.

Finally, any attempt at sec. 101 reform must navigate divergent perspectives among the broader group of IP stakeholders. Patent eligibility reform, if forthcoming, is not likely to be considered in isolation from other patent issues. The resulting dynamic could make an already challenging debate even more complex.

The concern of some in the patent community over the unpredictability and uncertainty hanging over eligibility of patents crucial to some of our nation’s most innovative industries is genuine and understandable. But given the broader dynamic, perhaps a focus on promoting understanding of the issues, coupled with time and patience, represent the most prudent course of action for now.