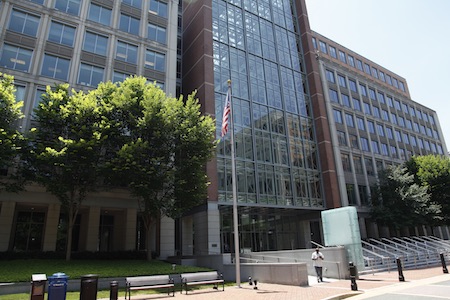 Last week, on Friday, July 21, 2017, a group of private companies, professional associations, conservative policy organizations, and investors/commercializers sent a letter to Commerce Secretary Wilbur Ross urging the Trump Administration to pick as the next Director of the United States Patent and Trademark Office someone who “recognizes the value of patents in connection with growth of the U.S. economy, and grasps the fundamental fact that a patent secures a property right.” Headlining this coalition is the American Conservative Union, Conservatives for Property Rights, Eagle Forum Education & Legal Defense Fund, and IEEE-USA.

The letter goes on to explain:

PTO has shifted from its traditional operative understanding of inventions as property and patents as deeds to that property, carrying with them inherent — as opposed to government-granted — property rights. The PTO today seems to have become confused over the distinctions between “invention” or “discovery” and the in-vogue term “innovation” — a catchall term that includes ephemeral, rapidly obsolete technologies and devices. The costs and consequences of this change at the PTO, in addition to a steady stream of adverse judicial rulings and legislative enactments, are measured in flat U.S. patent filings, investment dollars going abroad, dramatic falloff of patents issued to independent inventors, and our patent system rating falling from number one to number 10 globally.

The letter sets forth a series of characteristics the group believes the next PTO Director should possess. The letter reads:

It is imperative that the next PTO Director possess the following characteristics:

• A thorough understanding of and commitment to restoring timeliness, fairness to inventors and patent owners, certainty regarding patent examination, patent validity, and issued patents, as well as in regard to the bright dividing line between IP exclusivity and antitrust, property understood;
• Unquestionable commitment to buttressing the U.S. patent system, and the PTO in particular, so as to restore its original mission and role in advancing U.S. economic competitiveness and growth;
• A firm understanding of the risks and rewards at stake and borne by small inventors and IP-centered startup companies, early-stage businesses built around a patented invention, and established R&D companies;
• A thorough commitment to promoting and advocating for U.S. competitiveness and the sanctity of intellectual property rights, both domestically and internationally.

Although this letter does not support any particular candidate the Administration might consider, in recent weeks several conservative groups have made a public push for Phil Johnson to be nominated as the next PTO Director. (See here, here and here).

Johnson seems to be among the final few candidates under consideration, with patent litigator Andrei Iancu also believed to be a front-runner.

For more on the topic of the Trump Administration’s selection of the next Director of the USPTO, and what the industry is hoping for in a new Director, please see: