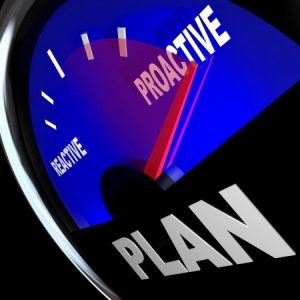 From 2012 to mid-2016, LinkedIn grew its patent portfolio dramatically to reduce its risk profile. By implementing a strategy of increased organic patent filings to counter future assertion risk and patent acquisition to counter present and near future risk, LinkedIn’s organic portfolio grew from 36 patent assets to over 1,000 patent assets and it acquired more than 900 patents through a targeted buying program. So now with a comprehensive patent strategy in place, how ready is LinkedIn in using its patents to protect against potential patent asserters? This is why having a prepared counter-assertion strategy is key.

To mitigate the identified risks, we needed to know how well we were doing in executing this strategy and be prepared to use our patents for defense. If the new assets are not organized and are not easily identified when needed, the portfolio’s value is greatly diminished. We created a tracking system for LinkedIn’s patent assets. The assets are reviewed manually for applicability to companies of concern and re-evaluated when a new company is identified. Because we know how the patents apply to specific companies and technologies, we also understand how our portfolio might apply to other potential patent asserters.

We created playbooks for each company of concern. Each contains the list of patents applicable to that company and specifies which claimed inventions are used in which product. Additional information – such as business relationships which can be leveraged in a negotiation – can also be tracked. If a company of concern approaches LinkedIn, our legal team is ready to respond with vetted patents for counter-assertion.

The required number of patents in a given playbook varies based on both the size of company of concern and our exposure to it. The general goal of a playbook is to shift the licensing amount purportedly owed by LinkedIn by $20 million to $200 million in our favor. In order to achieve this, we have found that a good playbook should contain between three and 10 patent families, with evidence of use for key patents. The goal of each playbook is to show infringement by the asserter’s products and services exceeding $1 billion revenue. We set specific goals for each one and tested its contents against them.

To help ensure a robust defensive portfolio, LinkedIn included diverse technologies across the acquisitions. This allowed some flexibility in case a new company begins asserting patents or an asserter stops producing an infringing product.

The results of LinkedIn’s patent strategy program are clear. The company now owns a patent portfolio which allows it to mitigate risk from operating company patent assertions. The portfolio covers a range of technologies and has a range of priority years. As a result, LinkedIn has been able to use the purchased patents effectively to address inbound licensing assertions. Both the large and smaller purchases have proven valuable in discussions with corporate asserters. Although we cannot share specifics, we are confident that these purchases have had a positive ROI. 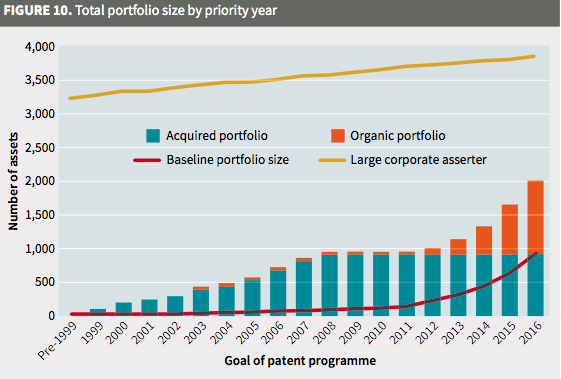 Figure 10 shows how the acquired portfolio supplements the organic portfolio to backfill for earlier priority years. LinkedIn now has many assets with a priority date well before the increase in organic filings and even includes some inventions from before the company was founded. This broad spread of technology and priority dates would be impossible without a patent strategy which integrates organic patent filings and patent acquisitions.