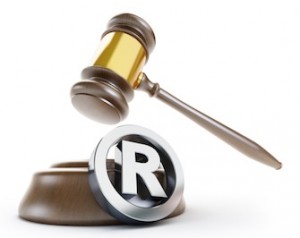 The U.S. Court of Appeals for the Ninth Circuit reaffirmed its commitment to the rule that willfulness is a prerequisite for disgorgement of a trademark infringer’s profits in Stone Creek v. Omnia Italian Design, Case No. 15-17418 (9th Cir. July 11, 2017). The court held that the 1999 amendment to the remedies section of the Lanham Act does not alter its precedent requiring willfulness for the recovery of profits. This ruling rejects the move by other circuit courts, and the efforts by some legal organizations, to relax the rules on disgorgement of profits. As Stone Creek deepens the divide among circuits, the issue of whether willfulness is required for disgorgement of a defendant’s profits in trademark cases is ripe for Supreme Court review.

In 2003, Stone Creek and Omnia entered into an agreement where Omnia manufactured leather furniture that was branded with Stone Creek’s STONE CREEK mark. But in 2008, in an effort to land significant business from the Midwest retailer Bon-Ton Stores, Inc., Omnia began using the identical STONE CREEK mark on competing furniture without authorization from Stone Creek.

Bon-Ton wanted to sell Omnia’s furniture under a private label and preferred an “American” sounding name. After Omnia offered several suggestions, including STONE CREEK, the parties selected the STONE CREEK mark, in part, because they already had marketing materials and a logo in hand. Omnia then copied Stone Creek’s STONE CREEK logo directly from Stone Creek’s marketing materials and used the mark on a variety of items, including leather furniture, leather samples, binders, in-store displays, and warranty cards. In 2013, Stone Creek discovered Omnia’s unauthorized use of the STONE CREEK mark and sued in the U.S. District Court for the District of Arizona for trademark infringement and unfair competition.

The district court held that Omnia did not infringe Stone Creek’s trademark largely because the items with the STONE CREEK mark were not sold in the same geographic region and thus consumers would not be confused.

Where There’s A Will, There’s A Way:  Ninth Circuit Deepens Circuit Split Over Willfulness Requirement for Disgorgement of Defendant’s Profits

Next, the court addressed Omnia’s argument that its use of the STONE CREEK mark was protected under the Tea Rose–Rectanus doctrine, which protects the use of a mark in a remote geographic area when the use is in good faith. The court acknowledged that there is a circuit split about whether a junior user’s knowledge of the senior user’s prior use of the mark destroys good faith. The Seventh and Eighth circuits hold that knowledge does destroy good faith; while, the Fifth and Tenth circuits consider knowledge a “factor,” but focus on whether the junior user sought to trade on the goodwill of the senior user. In a matter of first impression, the court agreed with the Seventh and Eighth circuits and concluded that “the better view is that there is no good faith if the junior user had knowledge of the senior user’s prior use.” The court held that Omnia’s knowledge of Stone Creek’s prior use of the STONE CREEK mark defeated any claim of good faith necessary to invoke the Tea Rose–Rectanus doctrine. This decision is consistent with the Ninth Circuit’s approach that an alleged infringer’s mere knowledge of the other’s mark can minimize good faith. See “The Ninth Circuit Writes the Script on Pleading and Proving Reverse Confusion Claims.”

Finding that Omnia infringed Stone Creek’s mark, the court then addressed the standard for awarding disgorgement of profits. Prior to the 1999 amendments to the Lanham Act, the Ninth Circuit imposed a willfulness requirement for disgorging a defendant’s profits. At that time, the Second, Third, and D.C. circuits also required willfulness for disgorging profits. But, the Fifth and Seventh circuits viewed willfulness as one factor in the overall determination of whether profits should be disgorged.

To see what effect, if any, the 1999 amendment to the Lanham Act’s remedies section had on Ninth Circuit precedent, the court examined the legislative history of the provision. The court explained that in 1996 Congress created a federal claim for trademark dilution under § 1125(a). That section purported to provide monetary relief under the remedies section, § 1117(a), when the dilution was “willfully intended.” But Congress forgot to cross-reference the remedies section with the amendment. In 1999, Congress fixed the remedies section to include a reference to a willful violation under the dilution statute. No other amendment was made to § 1117(a) at that time. Based on this history, the Ninth Circuit concluded that the 1999 amendment was intended only to correct the mistaken omission of willful violations of the dilution statute. The court unequivocally held: “We now decide that the 1999 amendment does not change the foundation of Ninth Circuit precedent—willfulness remains a prerequisite for awarding a defendant’s profits.”

Takeaways:  Innocent Infringers Spared Disgorgement of Profits in the Ninth Circuit, For Now

The Stone Creek decision solidifies the Ninth Circuit’s position that willfulness is required for a recovery of profits in trademark cases. This approach is consistent with equitable principles because disgorgement is generally used to deter culpable behavior and deterrence would not be necessary, and would not work, for an innocent infringer. Depending on the facts of a case, trademark law provides sufficient remedies to prevent a likelihood of confusion and compensate a plaintiff for its losses—beyond a defendant’s profits—like an injunction, actual damages and/or corrective advertising. An award of profits can be reserved for willful infringers, without depriving a plaintiff of remedies for non-willful infringement.

Given the persisting split among circuits, it is only a matter of time before the Supreme Court weighs in on this issue. Until then, trademark plaintiffs should be aware of the law in the circuit that they choose to file and whether they must plead and prove willful trademark infringement before recovering the defendant’s profits.?

Shannon Turner is a litigation associate at Fenwick & West. Shannon focuses her practice on litigation matters to support clients in the technology space. She regularly represents companies in both federal and [...see more]