Protecting IP in the Blockchain Sector 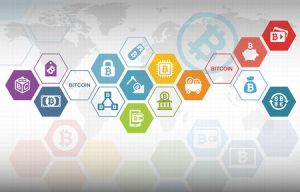 A blockchain is a secure public ledger of digital financial transactions. It’s the technology that underlies bitcoin and is known for its tamper-proof ability to verify high volumes of digital transactions. TechTarget explains how it works:

When a transaction is made, it is packaged up with other transactions into a “block” and recorded across a network of computers, a majority of which are required to confirm the transaction in order for it to be accepted as legitimate — a process referred to as achieving consensus. The block is then time-stamped with a cryptographic hash. Each block also contains a reference to the previous block’s hash, creating a “chain” of records that is considered impossible to falsify.

This highly dispersed, highly secure method for recording transactions is proving to be much faster and much safer than the traditional hub and spoke architectures used today to reconcile and approve transactions.

The state of blockchain IP

Entrepreneurs in nearly every industry, from banking and stock trading to academia and music, are now preparing to harness the power of blockchain. As such, “the number of people and companies filing for patents on blockchain-related technology has been steadily increasing each year,” said Nelson M. Rosario, Associate at Marshall Gerstein & Borun LLP, in a recent Law360 Expert Analysis. As of March, Rosario said 879 patent applications have been filed with the USPTO that contain the words bitcoin, blockchain or distributed ledger. Of these, 150 patents have been issued.

Because core blockchain technology is already part of the public domain, only important additions and significant variations can be patented. One popular area for such patents is security – with a focus on encryption techniques. Financial firms are particularly active here, according to The Economist, with MasterCard having filed four payment-related blockchain patents and Goldman Sachs filing one for processing foreign-exchange transactions.

Compared to the thousands of patents issued for smartphone technology, the blockchain sector is clearly in its infancy. However, elevated levels of patenting activity in any sector tend to attract patent trolls. Take Dr. Craig Wright, for example, who claims to be the anonymous founder of Bitcoin. Wright has filed at least 50 blockchain-related patents in the UK through Antigua-registered EITC Holdings Ltd – a company that appears to be a troll because it has no business model other than enforcing its patent rights.

Aside from establishing a repository of blockchain-specific patent information, BIPC will be exploring various IP protection models that have worked in other sectors, such as:

Will blockchain technology be open or proprietary?

Today blockchain applications range from totally public, permission-less ledgers (like Bitcoin) to completely private, permissioned ledgers accessible only to validated users. With blockchain technology still in its initial stages, there is an ongoing debate as to which direction – open standards vs. proprietary code – will best accelerate its potential economic and societal benefits.

In February 2016, the non-profit Linux Foundation announced the formation of the Hyperledger Project, a collaborative effort to create an open-source standard for distributed ledgers that will serve a wide range of cases across diverse industries. The founding members include top-tier technology companies (such as Intel and Cisco), integrators (such as IBM and Accenture), financial institutions (such as J.P. Morgan and Wells Fargo), and pure-play blockchain companies (such as Ripple and Blockstream). Other notable blockchain players that have made their software open-source are Ethereum (smart contracts), block.one (commercial applications); Chain (enterprise-grade blockchain infrastructure) and Digital Asset Holdings (financial applications).

Thus it seems, as in many technology areas, that blockchain innovation will be driven both by open source initiatives that will build collaboration and interoperability as well as by proprietary code – which may or may not be made available through licensing agreements.

A vision for the future

20 years ago, only a handful of visionaries understood how the Internet was about to transform our world.  We predict that in 20 years blockchain-based applications will also be thoroughly intertwined in our daily lives. As Marco Iansiti and Karim Lakhani wrote in the Harvard Business Review, blockchain technology has the potential to become the backbone for recording all transactions and will create new economic value by dramatically lowering the cost of transactions. Initiatives like the BIPC are critical to a robust future for blockchain tech IP rights and for the applications that will be based on them.