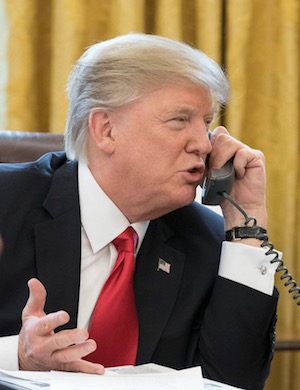 The United States patent system has become so uncertain and unstable that many innovators are consciously choosing to keep their innovations as trade secrets, depriving the public of the most fundamental and important benefit of any patent system. Indeed, the steady demise of the U.S. patent system is what lead several concerned lawmakers like Senator Chris Coons (D-DE) to push hard for federal trade secret legislation — so at least innovators would have some kind of federal protection for their inventions as patents have become in many technological areas nothing more than an illusory promise.

Once upon a time those who avoided obtaining U.S. patents were irrational actors that largely didn’t understand the consequences of their decisions. Today, it is extremely difficult to argue with anyone who consciously elects trade secret protection in lieu of a patent. U.S. patent rights are simply too fragile, but yet remain difficult and expensive to obtain. It is increasingly difficult to justify the length of time it takes to obtain a patent, the associated costs, and the reality that even if you obtain a valuable patent that covers a successful commercial product it will be challenged at the Patent Trial and Appeal Board (PTAB).

The U.S. patent system is in crisis. A series of patent eligibility decisions from the United States Supreme Court has resulted in less innovation being capable of ever achieving patent protection in the United States, which a decade ago was unthinkable. U.S. patent dominance is no longer, with the American patent system now tied for 10th place in worldwide rankings by the U.S. Chamber of Commerce. By cutting off early stage, nascent innovation by deciding that no patent can ever issue regardless of how revolutionary the innovation, the U.S. has put itself at an extreme disadvantage both in terms of future innovation and economic might.

In 2011 Congress passed the America Invents Act (AIA), which famously made the United States a first inventor to file country. The change to first to file was not the most significant change to U.S. patent laws – the formation of the PTAB and the creation of new post grant mechanisms to challenge issued patents has decimated the industry. In 69% of PTAB decisions patents challenged have all claims invalidated, in 15 % of decisions patents challenged have at least one claim invalidated (usually many more), 8% of cases end in settlement, which are invariably unfavorable to the patent owner. This suggests an error rate of 92% for what are supposed to be the most commercially valuable (and infringed) patents the government grants. Still further, in only 4% of all petitions are all claims declared valid by the PTAB. See Are more than 90 percent of patents challenged at the PTAB defective? These catastrophic numbers have resulted in widespread devaluation of patents, even those that have not been subject to challenge. It is no wonder innovators do not trust the U.S. patent system.

Patents rights are currently be extinguished by the PTAB without appropriate procedural fairness afforded. The PTAB refuses to consider evidence timely submitted, they refuse to allow amendments despite the statute saying there is a right to amend claims, they refuse to issue final decisions on all claims challenged, they have made their own standards rather than follow statutory requirements, there are no judicial rules of ethical conduct for PTAB judges, PTAB judges have decided issues involving former patent infringement defense clients, and much more. It is difficult to believe a tribunal like this exists in America. The Supreme Court has long stated patents are property rights, and the statute says they are to be treated as they are property rights. Taking property rights away with such a fundamentally flawed process is practically un-American.

As President Trump considers the recommendations of Commerce Secretary Wilbur Ross relating to who will be the next Director of the United States Patent and Trademark Office (USPTO), it is absolutely essential for the President to pick someone who believes patents are private property rights, not public rights. The next Director should also believe that as a property right title in a patent must at some point quiet in order for ownership to be certain and investment to be property incentivized, because without ownership questions resolved only a fool would invest the sums necessary to take most paradigm shifting, game changing innovation to market.

Finally, the next Director must consider the unjustified denial of a patent as being as important as any quality initiatives aimed at requiring higher quality applications from applicants. Patents denied without a justifiable reason do nothing more than suppress innovation and worse for startup businesses who rely on the investment of Angels and VCs to fund operations, including job growth.