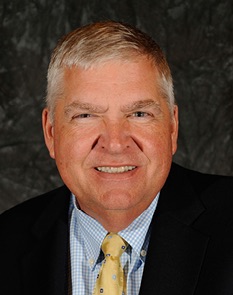 Earlier this week The Hill published a pro-patent op-ed written by David Williams, the President of the Taxpayers Protection Alliance. The main thesis of the op-ed was this: President Trump should nominate Phil Johnson to be the next Under Secretary of Commerce for Intellectual Property and Director of the United States Patent and Trademark Office (USPTO).

Left leaning, watchdog groups and non-profit sources have long loved to link the Taxpayers Protection Alliance to billionaire Republican donors Charles and David Koch, more commonly referred to in the media simply as the Koch brothers.

A number of politicians supported by the Koch brothers or close allies of the Koch brothers are already serving in high profile positions within the Trump Administration. Vice-President Mike Pence is a long-time Koch favorite, so too is CIA Director Mike Pompeo who used to represent the district where Koch Industries is headquarted while a Member of the House of Representatives. Billionaires Darwin and Doug Deason (father and son) are key members of the Koch network, and have been long time supporters of Energy Secretary Rick Perry and EPA Director Scott Pruitt. See The Koch Brothers’ most loyal servants are serving in Donald Trump’s White House.

While there is no evidence to suggest a tie between Phil Johnson and the Koch brothers, it is certainly worth noticing when a Koch linked organization like the Taxpayers Protection Alliance makes such a forceful, public recommendation of a particular candidate as the nomination process is winding down.

Patent owners and those who believe the patent system has been dismantled by the handy work of special interests will find themselves in agreement with Williams’ op-ed. For example, Williams writes:

America’s frail IP protections are having real consequences. Strong intellectual property rights are vital to attract investment, generate jobs in manufacturing and R&D, and help to level the playing field for American companies. Without a strong IP system, America is destined to lag behind other countries.

Phil Johnson is the Man for the Job

According to Williams, “Johnson’s credentials are unassailable,” which is of course correct. Just last week Johnson, who is a registered Republican, was inducted into the International IP Hall of Fame at the IPBC annual meeting in Ottawa, he has previously served as President of the Intellectual Property Owners Association and the Association of Corporate Patent Counsel. Johnson is also no stranger to Washington, DC, familiar with testifying before Congress in both the House and Senate Judiciary Committees.

Selecting Johnson as the next Director of the USPTO “will strengthen the U.S. economy, create new jobs, spur exciting new technologies, and reinforce America’s position as the leader in innovation,” Williams wrote.

Although Williams did not mention it in his article, Phil Johnson also served as Senior Vice President of Johnson & Johnson, which means he has the experience required to manage and run a large entity, which will be an essential skill set for the next Director of the USPTO according to former Federal Circuit Chief Judge Paul Michel.

“All these ills can be addressed effectively by the PTO’s new Director, provided they have the necessary management experience, patent savvy, and leadership skills,” wrote Judge Michel in an op-ed published on IPWatchdog.com. “[W]e need someone from a large company who has shown leadership ability and has a proven record of successfully managing a significant part of a large organization.”

Who Gets the Job?

The Washington, DC rumor mill seems to be in complete agreement that the next Director of the USPTO will be Andrei Iancu, and that he could be announced as early as next week. See The man who may be PTO Director. So pervasive is this sentiment regarding the impending nomination of Iancu that it would be at least a mild surprise if President Trump does not select Iancu at this point. Having said that, Johnson does still appear to be in the running and on a very short list of viable candidates. Given the predictability of the Trump Administration nothing can be taken for granted until an announcement is made, and a full throat endorsement from the Taxpayers Protection Alliance may just be the late breaking event that tips the balance in Johnson’s favor.

As far as making predictions – normally I am not averse to making predictions but at this point I just don’t know. Conventional wisdom in patent political circles says Iancu, but the pro-patent community has long supported Phil Johnson, although not in a particularly vocal or effective way. With a Koch backed entity like the Taxpayers Protection Alliance getting involved there is no doubt Johnson’s chances have been enhanced. If other Republican donors, operatives and think tanks were to follow the deal that may have seemed like a done deal for Iancu might quickly become not so much a done deal after all. In other words, if pro-patent Republicans get off the bench to support Johnson there might just be a July surprise.