What Direction Will the Incoming Director of the U.S. Patent and Trademark Office Need to Provide? 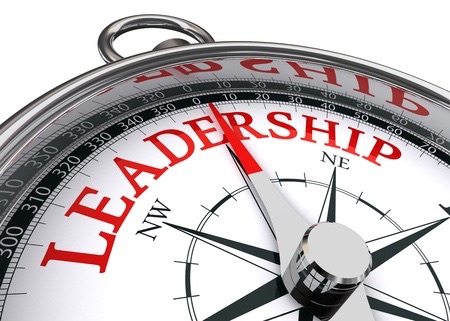 In IP Watchdog’s “Patent and IP Wishes for 2017” column[1] I expressed hope that new patent-policy relevant federal appointees understand the U.S. patent system has been weakened too much in recent years, and recognize the need to change course and focus on optimizing the patent system’s promotion of innovation. Now, a half-year later, the stakes remain high as the administration prepares to select a new leader for the U.S. Patent and Trademark Office (USPTO).[2] The U.S. patent system has declined to the tenth position in the annual U.S. Chamber of Commerce international ranking, making the selection of new USPTO leadership even more critical.[3] Let’s consider the initial tasks incoming USPTO leadership will first need to undertake.

To be effective, incoming USPTO leadership will quickly need to acquire a complete understanding of the inner-workings of the USPTO. That starts with getting to know the existing team – first senior staff and then the various portions of the organization as is practical (not to mention the leaders in the Department of Commerce outside of the USPTO). Next comes assessing the state of each segment of the USPTO operation – what is working well, what is not, and why. New leadership must listen objectively and have the patience to withhold action until having heard from all interested parties.

Once the state of the USPTO has been assessed, incoming USPTO leadership will be well positioned to determine what actions are in the best interest of the country’s economy. The leader of the USPTO serves as the senior advisor within the federal government with respect to all intellectual property matters. Currently, the most substantive intellectual property matter is optimizing the strength of the U.S. patent system. As I wrote in January, recent patent system reforms to address abusive patent litigation have overshot their target. I have always supported systematic improvements to patent quality, but Supreme Court case law on patent eligible subject matter did not address patent quality, introduced hopelessly unresolvable inconsistency and uncertainty, and inflicted collateral damage to meritorious patents – no doubt contributing to the aforementioned decline in the ranking of the U.S. patent system.[4] Proper resolution requires legislation such as that proposed by the Intellectual Property Owners Association and the American Intellectual Property Law Association, and Congress will need leadership from the USPTO to make it happen.[5] In addition, the America Invents Act created well-intentioned post-patent grant challenges which have become controversial as a defense invoked against nearly every litigated patent making it extremely difficult and unduly expensive for inventors large and small to reap rewards from their invention. There are many nuances here, including the standard for claim construction, ability to amend claims, lack of a presumption of validity, compliance with statutory time limits, and more. New USPTO leadership will have the authority to make some adjustments to the challenges without the need for legislation.[6] Adjustments should be made carefully to improve the survivability of worthy claims while avoiding rendering the challenges useless for the purpose for which they were created.[7]

Overall, incoming USPTO leadership must have the capacity to see the “big picture” and weigh options for improving our innovation economy. Recognition that recent changes have weakened the patent system too much, and the leadership ability to make changes that achieve the appropriate balance between enforcing strong patents and limiting abusive enforcement of meritless patents, should be criteria in selecting the next Under Secretary of Commerce for Intellectual Property and Director of the USPTO.

[2] The USPTO is led by the Under Secretary of Commerce for Intellectual Property and Director of the USPTO. Joe Matal currently occupies the position in an acting/interim capacity. Rumors continue to circulate about the identity of candidates for USPTO leadership, but no names of actual candidates have been released.

[4] For information beyond that in my entry in Patent and IP Wishes for 2017, see my other recent posts Congress Needs to Act So Alice Doesn’t Live Here (in the Patent System) Anymore, IP Watchdog, at http://ipwatchdog.com/2017/02/13/congress-needs-to-act-so-alice-doesnt-live-here-in-the-patent-system-anymore/id=7e8241/ (Feb. 13, 2017) and Through the Looking Glass: Recent Federal Circuit Decisions Do Not Change the Need for Action on Alice, IP Watchdog, at http://ipwatchdog.com/2017/05/11/recent-federal-circuit-decisions-do-not-change-need-action-alice/id=83117/ (May 11, 2017).

[6] Note that the Supreme Court recently granted certiorari with respect to two relevant cases: Oil States Energy Services, LLC v. Greene’s Energy Group, LLC, No. 16-712 relating to whether the challenges are constitutional, and SAS Institute Inc. v. Lee, No. 16-969 relating to whether a final written decision is required as to every challenged claim once a challenge proceeding is instituted.

[7] As stated above, the leader of the USPTO serves as the senior advisor within the federal government with respect to all intellectual property matters – including matters outside the immediate responsibility of the USPTO. Legislation is pending that would make the Register of Copyrights a presidentially appointed position rather than an appointment of the Librarian of Congress (see H.R. 1695). Some believe the U.S. Copyright Office should remain in the Library of Congress, others believe it should become an independent agency or be housed within the Department of Commerce or the USPTO. In addition, technological and societal changes continue to pull at the contours of the copyright system. The copyright system is ripe for reform and incoming USPTO leadership may need to advise here also.