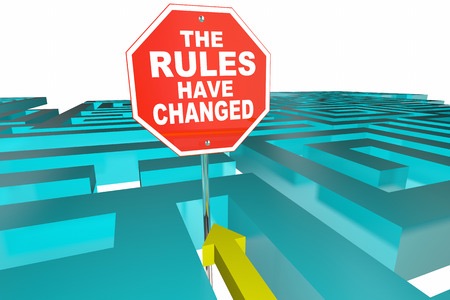 Let’s say it’s the late 1600’s and you own a beautiful cargo ship engaged in trade in the Caribbean Sea. Your ship has some novel features that make it out perform other cargo ships. You might operate your ship yourself or you might lease it to a merchant company for them to use. Both are valid business models. One day your beautiful cargo ship is besieged and captured by notorious pirates. Worst yet, it’s not one set of pirates but multiple. Your valuable ship is besieged by the likes of Blackbeard operating out of New Providence, Bahamas. It’s also besieged by pirates operating out of Port Royal, Jamaica. Not to be out done, buccaneers operating out of Tortuga also attack your ship.

Luckily, the piracy happened in the area of your home port of San Juan, Puerto Rico, and you’ve caught the pirates. You can get your ship back and have one efficient trial where the crime occurred. But wait, Congress passed laws (AIA) requiring you to try each set of pirates separately, resulting in three trials. To add insult to injury, the court is letting the pirates continue to use your ship during the course of the trial (eBay), generating profits they can use to fund their defense. There are rumors that the pirates may even be allowed to keep your ship if convicted as long as they pay you a small lease payment.

Just as you think the cards can’t be stacked against you any more, the courts decide that you can’t have the trials in San Juan where the crime occurred. They must be at the pirates’ home ports. So, you must prosecute Blackbeard in New Providence, the second set of pirates in Port Royal, and the buccaneers in Tortuga. The rationale of the courts appears to be that historically too large a percentage of piracy cases have been tried in San Juan, there is a perception that San Juan juries are overly hard on pirates, and of course the courts must believe that the pirates’ home ports will be totally unbiased towards the pirates and the ship owner.

This is the situation patent holders find themselves in after SCOTUS’ decision in TC Heartland. The court made the decision that infringement of patents in the Eastern District of Texas (EDTX) is not sufficient to allow the patent owner to bring suit in the EDTX. The rationale? Apparently, historically too large a percentage of piracy cases have been tried in EDTX, there is a perception that EDTX juries are overly hard on alleged patent infringers, and of course the courts must believe that an alleged patent infringer’s place of incorporation will be totally unbiased towards the infringers and the patent owners.

Unless Congress acts to change venue laws, patent owners are now severely restricted in the choice of venue. And, if proposed legislation like S.2733 and the corresponding portion of H.R.9 are any indication, action by Congress may not change much regarding venue. So for now, patent owners must live with the restrictions resulting from TC Heartland.

But why has EDTX been a popular venue? The popularity is at least partially attributable to the local rules. Whirlpool, in their amicus brief in TC Heartland, provides some insight (emphasis added).

“Whirlpool has been sued in the Eastern District of Texas for patent infringement by multiple entities that could be called ‘patent trolls.’ It has also filed many of its water filter patent infringement lawsuits there. Whirlpool’s experience as both a plaintiff and a defendant is that patent practice in the Eastern District of Texas is neither abusive nor unreasonable. While ‘patent trolls’ seeking nuisance value settlements no doubt file cases there, it is also an attractive venue for serious litigants looking to resolve meritorious claims. The reasons are not abusive: the judges are experienced with patent law, the local patent rules are predictable, and cases proceed to trial without undue delay. Whirlpool’s water filter patent litigation does not display any of the hallmarks of abuse emphasized in the briefing before this Court, yet Whirlpool has benefited from the experience, predictability, and speed offered by the Eastern District of Texas.”

There can be significant variability in local rules from one federal district court to the next regarding patent cases. For example, local rules can vary in many important aspects of a patent litigation including scheduling, case consolidation, discovery, infringement contentions, invalidity contentions, claim construction procedure, damages contentions, defenses, etc. This variability can significantly affect not only the timeliness of a patent infringement case but the cost. It provides uncertainty for patent owners because they have no control over where an accused infringer is incorporated and have now lost the option of enforcing their intellectual property rights where infringement occurs. To a lesser extent, it also provides uncertainty for accused infringers who have multiple places of business. Both would be well served by standardized local rules.

Similarly, SCOTUS’ decision in TC Heartland creates a need for demand letter reform that will provide uniformity across venues regardless of the particular state. Bad faith assertions are often cited as one of the primary actions of bad actors that has fueled the push for patent reform. Many of the individual states across the nation have identified it as a problem and are trying to do something about it by passing their own legislation. However, patents are a right provided for by the U.S. constitution. These rights deserve uniformity of protection at the federal level. That is exactly why patent cases are tried in the federal courts. Additionally, every time individual state demand letter legislation is passed there is a possibility of unintended consequences (or intended consequences) that violate the rights of patents owners. If tens of states each pass their own demand letter legislation the likelihood of a particular venue inadvertently becoming a safe haven for efficient infringers increases.

In the 114th Congress, H.R.2045 Targeting Rogue and Opaque Letters Act of 2015 was proposed to address this issue. Despite the cliché acronym created by its name, this bill and its Senate counterpart S.632 STRONG Patents Act of 2015 are good proposals and would go a long ways towards eliminating or reducing a large number of actions argued to be the hallmark of bad actors in patent enforcement. They provide no requirements that patents owners shouldn’t already be prepared to do when enforcing legitimate infringement claims. Importantly, they would provide uniformity and certainty across all venues. The newly introduced STRONGER Patent Act retains the demand letter reform and expands pro-patent modifications to the AIA. We strongly recommend Congress support this bill.

In their recent TC Heartland decision, SCOTUS created unequal protection against patent infringers based on geographical incorporation decisions. They added uncertainty in time, cost, and outcome in patent litigation. Standardized local rules and demand letter reform at the federal level would help mitigate this unfortunate situation.

Ken Stanwood Kenneth Stanwood is Chief Technical Officer of WiLAN Inc.  He is an inventor and entrepreneur with more than 150 issued US patents and numerous foreign counterparts.  He supports WiLAN’s technology [...see more]

holds the position of VP, Senior IP Counsel at WiLAN, Inc., and is active there in patent prosecution, acquisitions, licensing and enforcement. Mr. Duchene has over 20 years of experience [...see more]