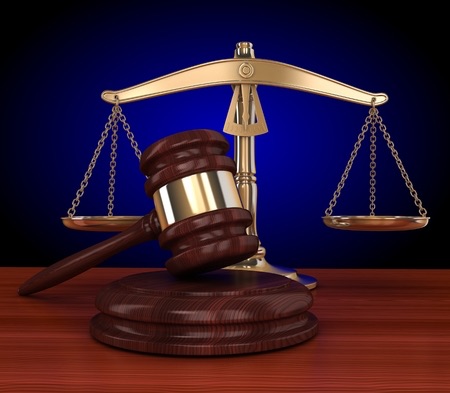 In the first decision a trial judge in the Eastern District of Virginia denied the venue motion, filed three days after T.C. Heartland but also on the eve of trial.  Cobalt Boats, LLC v. Sea Ray Boats, Inc. (June 7, 2017).  The trial judge ruled that the defendant had waived its opportunity to challenge venue.  The defendant assumed application of 27 years of Federal Circuit precedent allowing venue wherever the district court could establish personal jurisdiction, according to the Federal Circuit’s decision in VE Holding Corp. v. Johnson Gas Appliance Co., 917 F.2d 1574 (Fed. Cir. 1990).  The Supreme Court overturned that interpretation in T.C. Heartland.  The defendant did not preserve an argument that venue was lacking under the pre-VE Holding view of the patent venue statute in 28 U.S.C. § 1400(b).  Since it found waiver, the Virginia judge did not analyze the merits of defendant’s venue motion.

In the second decision, a district court in the Southern District of Ohio applied the standards in § 1400(b) and transferred the action because neither of two defendants resided in the district and neither had a permanent and continuous presence in Ohio.  Stuebing Automatic Machine Co. v. Gronsky, (June 12, 2017).  The Ohio judge had earlier denied a pre-Heartland motion to change venue because it assumed application of the very Federal Circuit standard that the Virginia judge penalized the defendant for following.

In its 1990 decision in VE Holding, the Federal Circuit created binding precedent for a broad standard of establishing venue wherever personal jurisdiction could be found, interpreting the general venue statute in 28 U.S.C. § 1391, despite a particular patent venue statute in 28 U.S.C. § 1400(b).    In so ruling, the Federal Circuit held that the Supreme Court’s decision in Fourco Glass Co. v. Transmirra Products Corp., 353 U.S. 222 (1957) was no longer good law.  In Fourco, the Supreme Court held that § 1400(b) is the only venue statute that applied to patent cases.  The Federal Circuit’s decision in VE Holding allowed patent plaintiffs to file patent infringement claims in patent friendly jurisdictions, as long as personal jurisdiction could be found.

T.C. Heartland created a tectonic shift in venue for patent infringement claims, and reaffirmed Fourco.  The defendant in Cobalt argued that an intervening change in 27 years of law was good grounds to file the motion.  The Virginia judge said that the defendant’s assumption “was reasonable but wrong” and declared that Fourco was always good law, despite the the VE Holding ruling that it wasn’t.  Admittedly, defendant’s motion was just days before trial, and the judge could have denied it on that ground, since a venue motion is discretionary.

The Cobalt defendant unsuccessfully sought mandamus from the Federal Circuit to change venue or stay the trial pending consideration of its petition.  The Federal Circuit court did not explain exactly why it denied the petition, citing only to the high standard for granting mandamus.  Judge Newman in her dissent said that the Court should properly apply T.C. Heartland to the facts.  The merits of defendant’s venue motion were never addressed.

Taking an entirely different viewpoint, the Ohio judge in Stuebing analyzed the merits of the venue motion and found venue lacking.  In finding venue was not proper, the Court relied on pre-VE Holding decisions requiring that defendants have a “permanent and continuous” presence in a judicial district in order to establish venue.  See, e.g., In re Cordis Corp., 769 F.2d 733 (Fed. Cir. 1985). The judge could have granted an earlier, pre-Heartland venue motion on the ground that the defendant did not reside in Ohio, which standard exists both in the general venue statute and in the patent venue statute.  Instead, the judge addressed only the convenience factors, not the propriety of venue.  Had the judge addressed the merits in the first round, one would have expected the judge to have granted the motion, since the Court found that the defendants did not reside in Ohio on the second motion.

The Ohio judge also stated that she mistakenly assumed application of only the general venue statute, where the Virginia judge said it was wrong to assume that only the general statute applied.  The plaintiff in Stuebing contended that the defendant was in error, not the judge, because it only challenged convenience, not propriety of venue.  The Ohio judge said she herself should have addressed propriety in this instance.

It’s hard to tell how many motions to change venue have been filed in light of T.C. Heartland and are currently pending, but these two divergent points of view show how difficult it is to predict how a district judge will rule.  One thing remains reasonably clear – those defendants who preserve their argument for improper venue under Fourco have a greater chance of victory than those defendants who do not.

Damian R LaPlaca is a patent and intellectual property litigator at Devine Millimet & Branch in Boston, Massachusetts with over 25 years of experience.  He has served as lead counsel in a variety [...see more]