Despite attempts to undermine our technology transfer system, its impact keeps growing and growing. 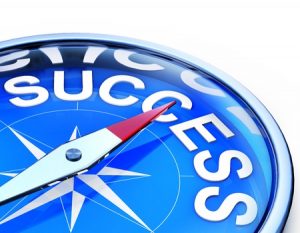 Just as some politicians are increasing their calls for Washington micromanagement of  the Bayh-Dole law (which allows universities and federal laboratories to license federally supported inventions for commercial development) a new study shows how impressively the current decentralized, market driven system is performing.

“Thanks to the enduring effectiveness of the Bayh-Dole Act, American research universities, along with industry partners, are turning federally-funded basic research into new and valuable products that save and improve lives. The commercialization of university-based research to create new companies and good, high-paying jobs is a key driver of America’s innovation economy,” said Biotechnology Innovation Organization (BIO) President & CEO Jim Greenwood. “This updated study demonstrates that fact.”

At a press event during its on-going annual meeting, BIO just released the latest in a series of reports it commissioned with the Association of University Technology Managers (AUTM) measuring the economic impact of the Bayh-Dole patent licensing system.  Titled “The Economic Contribution of University/Nonprofit Inventions in the United States: 1995- 2015” the numbers are truly astounding. During this twenty year period, academic patent licensing contributed as much as $1.33 trillion to U.S. gross industry output,  $591 billion to the gross domestic product, while supporting 4,272,000 American jobs. No other nation comes close to matching these numbers.

What’s even more impressive is the impacts on gross industry output and GDP are up 14% while  the number of U.S. jobs supported rose 12% since the previous report issued two years ago. That’s remarkable at a time when the overall U.S. economy has been treading water.  A chart from the report drives the point home: 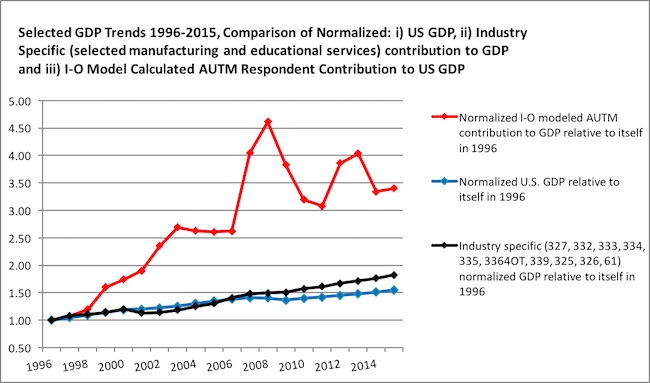 The study was produced by an impressive team including the former Assistant Director of the MIT Technology Licensing Office, and former senior officials at the Commerce Department’s Bureau of Economic Affairs, the National Science Foundation and SRI International.

While the attacks on Bayh-Dole (and the patent system) are largely driven by emotion, here’s some additional data BIO cited that’s worth considering: over the past 25 years academic inventions led to the formation of 11,000 startups and the commercialization of more than 10,000 new products.

Additionally, the FY 2015 survey of the Association of University Technology Managers found that in one year:

Approximately 70% of academic inventions are licensed to small companies, which are often the source of breakthrough discoveries that continue to make our economy the envy of the world.

Another new study by the Intellectual Property Owners and the National Academy of Inventors of the “Top Worldwide Universities Granted U.S. Utility Patents 2016” reinforces the pre-eminence of our research universities. It  shows that 9 of the top 10, and 21 of the top 25 patenting universities are American.

While all technology sectors have benefitted from our leadership in transforming government sponsored inventions into commercial products, the greatest impact has been in the life sciences.  Here the U.S. dominates the rest of the world by a wide margin and public/private sector R&D alliances are a big reason why.  Our biotechnology industry is strongly rooted in academic research and continues to form around universities, with an impressive number of companies either spinning off campus or formed around academic patent licenses.

Often overlooked is how much risk is involved in taking federally funded inventions to the marketplace. These inventions are typically at a very early stage when government support ends, more like ideas than products.  A Study in Nature estimates that companies spend $100 in development for every $1 the government spent in research leading to an invention.

Even so, the odds against success are long, particularly in the development of new drugs and vaccines. For every 10,000 compounds, about 250 make it to preclinical testing, 5 proceed to clinical trials and just 1 enters the marketplace. Of those, only 20% earn a profit and must pay the expenses for all that died in the pipeline.  This risk and expense is assumed by the private sector.  When a new product fails, the company takes the hit, people lose their jobs and businesses often go under. Still our entrepreneurs continue to rise to the challenge.

Before Bayh-Dole not a single new drug was developed when the government took patents away from the inventing organizations, making them available through non exclusive licenses while destroying the intended incentives of patent ownership.  Since Bayh-Dole ended this waste  of taxpayer supported research, more than 200 new drugs and vaccines arising from academic inventions are combating the scourge of disease both  here and around the world.

How ironic that the critics now tout a return to Washington control, emphasizing non-exclusive licensing with the threat of compulsory licenses enforcing arbitrary “reasonable pricing” provisions (with the bureaucracy determining reasonable prices) hanging over successfully commercialized inventions as their alternative to Bayh-Dole. That sounds similar to Venezuela’s economic model.

A key underpinning of the successful Bayh-Dole decentralized technology management formula is  a strong, reliable patent system.  Members of Congress would be well advised to leave our tech transfer laws alone, focusing their attention on restoring badly shaken confidence in the U.S. patent system. With that done, who knows how high the numbers in BIO’s next economic impact report will be?  That”s a much better course than following the critics back into the swamp.