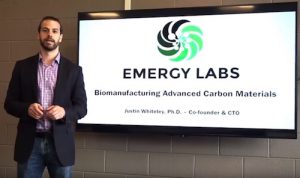 The LES Foundation International Business Plan Competition, now in its 13th year, focuses uniquely on the intellectual property (IP) aspects of business strategy.  For the first 11 years, the Competition was open only to Graduate Students, but as of 18 months ago, it was opened to any start-up company, with less than $200,000 of equity investment funding over its history (reorganized companies that have received more than $200,000 in the past are not eligible).

The original thoughts when the Competition was initiated were twofold: first to educate students in the strategic use of IP, and second to expose students to a world that they may not have considered. Interestingly, when licensing executives compare notes we find that the majority of us have come to this fascinating field after beginning in another career. Most college students have never heard of licensing as a profession.

Throughout the competition, participating teams work closely with seasoned professionals to discover concepts that would otherwise, take many years of experience to learn. For more than a month, LES members mentor the finalist teams on the intellectual property strategy aspects of their plans in preparation for the final round of the Competition. The competitors must then present their business plans and videos in live virtual sessions and respond to questions from a panel of 12 on-site and at-large global experts, representing more than 200 collective years of business and IP strategy experience. The first round of the Competition takes place over three months, during which time the teams have access to IP strategy mentors.

This year’s competition brought an unprecedented number of registrants, with more than 80 teams, including 1/3 international teams competing.  The submissions showcased the brightest new businesses and product plans from both domestic and international teams from near and far, including Canada, Hong Kong, Indonesia and India.  Of the many teams competing this year, only 8 teams made it into the final round.  These teams compete for 4 prizes: The Grand Prize, International Global Award (which can be awarded to a non-US team or to the best global IP strategy), a LES Members’ Choice Award and a best Student Team Award. In addition to the final monetary awards, all finalists receive at least $1,000 as well as in-kind prizes courtesy of the Business Plan Competition sponsors.

And the 2016-2017 International Business Plan Competition Winners are…

Emergy Labs was named the Grand Prize Winner ($10,000). Emergy Labs began as Porous Carbon Materials Company at the University of Colorado at Boulder with an innovative approach to creating catalysts (for chemical production). They are developing a low-cost and highly porous catalyst support material that more efficiently utilizes space and expensive catalysts. They convincingly argued that their technology uses the unmatched efficiency of a biological system that simultaneously produces a sophisticated material and clean food processing wastewater during production. The judges cited Emergy Labs for an exceptional business plan strongly supported by its IP strategy. 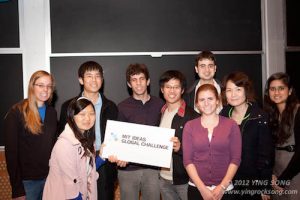 The Foundation’s Global Prize ($5,000) was awarded to USA and Africa-based Takachar, a start-up company that includes members associated with the Massachusetts Institute of Technology (MIT) and various African nations (most notably Kenya). Takachar has pioneered a process for low-cost pretreatment and densification of biomass at the source. This project is expected to increase incomes for distributed small-holder farmers by creating new value from low-quality biomass and opening up new rural areas with biomass that previously have been deemed too far away to serve as an economic fuel. 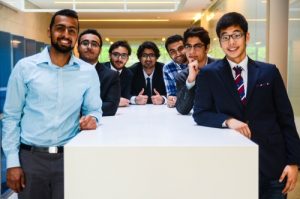 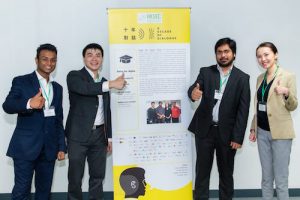 The Competition calendar is announced in press releases and on the LES Foundation website. The first round generally occurs in the fall and winter, while the final round takes place in late winter and spring. The important aspect of our competition is our mentoring and patent analysis tools used to educate the teams in the strategic use of IP in a manner that parallels the business plan.

The 2017-2018 competition will be announced in early Fall. The LES Foundation needs the generosity and support of all LES members to continue the worthwhile endeavor of developing leaders and strengthening the future of the intellectual property (IP) community. Your donations are appreciated and we welcome volunteers as mentors and judges for the upcoming Competition. It’s not too early to sign up!