Next PTO Director must have management experience, patent savvy, and leadership skills 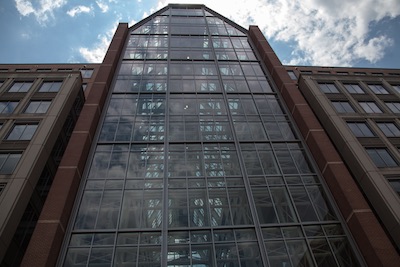 The nation, through the elected Administration, needs to choose wisely as a new Director is selected to lead the Patent and Trademark Office.   The credibility of the American patent system is threatened.  It needs to be restored after years of decline under serial assaults from eligibility decisions of the Supreme Court and the PTO’s manner of implementation of Inter Partes Reviews mandated by the America Invents Act.  Investors and inventors are fleeing the damaged system in favor of trade secrets and overseas opportunities for Research & Development and Commercialization.   There, patenting and patent enforcement and licensing are more attractive, particularly in nations that have strengthened their systems just when America has enfeebled its own.

Patent eligibility is now far more expansive in Europe and even China, but seriously shrunken here.  Examination of applications is so much better there than here that issued patents that are challenged usually hold up there, but usually fail here.  Trials are many time faster and cheaper.  Injunctions, now rare here, are routine there.  Post-grant proceedings there are fairer than here because the procedures are balanced as between the challenger and the patent owner.  Here, the owner suffers many unnecessary disadvantages, apparently for the bureaucratic convenience of the office so it can more easily meet the Congressional deadline of one year from institution for issuance of the Final Written Decision.

Consequently, patent values are plummeting, while licensing  and capital investments in many technologies are sinking , as are the filing of patent applications and enforcement suits generally.  In short, erroneous grants  and denials of patents and excessive invalidations by the Patent Trial and Appeal Board are sapping the strength of our system.  Investment incentives are falling because of the uncertainty of eligibility and the low odds of sustaining patents in IPRs.  In foreign competitor nations, however, patent applications and enforcement suits, including by U. S. companies, are increasing, especially in Germany, the United Kingdom and China.

All these ills can be addressed effectively by the PTO’s new Director, provided they have the necessary management experience, patent savvy, and leadership skills.  Someone like me who has not run anything larger than a courthouse may lack the needed capabilities, as may someone who has run nothing larger than a litigation team or small law firm.   Same for the gifted academics who provide  such useful commentary on all matters patent.  Same with former Capitol Hill staffers(I was once one myself).  They all have their place, but it is not at the helm of America’s 13,000 person innovation agency.

Rather, we need someone from a large company who has shown leadership ability and has a proven record of successfully managing a significant part of a large organization.  Of course, the person must also have experience prosecuting, licensing and litigating patents.  And, a background in science or engineering.  But many patent lawyers have such experiences.  Few, however have the necessary management chops.

In my opinion, David Kappos embodied all these attributes to a great degree.  And, he came from a long, highly successful career at IBM, where he ran a large operation that depended on using patent skills both for protecting patented inventions and defending against patent assertions by others.  A company or law firm that primarily or only employs one or the other strategy is probably not the best talent pool from which to select a PTO Director, because achieving balance between owners and users is the key to success.

Finally, the person should have deep experience with the patent policy debates and the many agency reports and legislative proposals that have roiled the patent community for a decade.  Today, those debates continue, unabated.  The PTO Director plays a central role in all this.  Similarly, as an internal matter within the PTO, the Director, under existing statutory authorities, can by  formal regulation and informal guidance, correct confusion regarding eligibility, imbalances in IPR procedures, and misuse of repeat, harassing IPRs.  But only if the nominee has the right capabilities.

The future of America’s innovation economy hangs in the balance.  It is time for the patent community to call on the Administration to select someone with the “right stuff.”