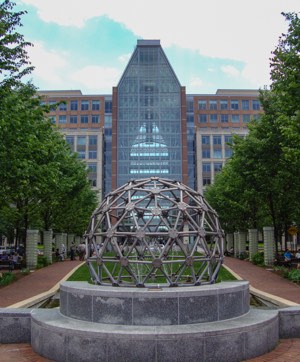 The United Inventors Association represents almost 15,000 independent inventors and over 70 local inventor clubs across the US. As the innovation community awaits a new Under Secretary of Commerce for Intellectual Property and Director of the United States Patent and Trademark Office (USPTO) we are supportive of an advocate for strong patent rights.

For more than 200 years the United States has accepted patents as property rights which have always been considered valid until proven otherwise. Recent court decisions, changes in patent laws and adverse PTAB rules established by the USPTO have all resulted in challenges to long held practices that had previously supported the innovation community. Without a course correction, true innovation in the US will soon begin to dry up and America’s most valuable asset, its grass root innovators, will as well.

Since the advent of the Patent Trial and Appeal Board (PTAB) and other rules changes established in the America Invents Act, the American patent system has been on a downward spiral. The US patent system has fallen from the best in the world to 10th, now ranked even behind China, a country now drawing innovators and investors away from the US. Patents are the currency of the innovation economy and without a strong patent system our economy will falter. It is time to take a stance that will result in a strengthened patent system and the next USPTO Director can play a pivotal role.

Inventors depend upon the strength of issued patents to begin businesses or develop products that can be licensed to US companies. Both create new jobs! The PTAB reviews, often initiated by willfully infringing companies, have changed the property protection promise made when the USPTO originally issued their patent. Now, after spending years and countless dollars on their original patent application, those inventors have to once again prove their invention is valid rather than requiring the challenger to prove the patent is invalid. Large companies know they can infringe with impunity since they can repeatedly challenge any issued patent at the PTAB. Unbelievably 90% of the challenged patents to date have resulted in at least one claim invalidated! This result comes from the very same USPTO that collected significant fees and issued the patent in the first place. Someone needs to ask the simple question, what’s wrong with this picture? The resulting uncertainty has left the independent inventor community unsure if they should even apply for a patent in the future and is leaving a growing number of investors on the sidelines. This is not good for America.

An ideal candidate for the next head of the USPTO would be someone who understands that patents are property not public rights, that issued patents are valid until otherwise proven invalid, and that recent changes in patent law and decisions from the Supreme Court have significantly diminished the historic strength of the US patent system. The candidate should pledge to make the US patent system strong again by working to correct the wrongs that have enveloped the patent system during the past few years, particularly the PTAB panels. The UIA would support someone that who considers independent inventors, innovators and entrepreneurs valued USPTO shareholders and a cornerstone for economic growth

John Calvert is currently the Executive Director of the United Inventors Association (UIA). Before joining the UIA, Calvert served as Associate Commissioner for Patents at the United States Patent and Trademark Office. [...see more]

is known to many throughout the industry as the long-time President of the United Inventors Association. Tuttle is also Open Innovation Director for both Lifetime Brands (the largest non-electronics housewares [...see more]