How will district courts handle the influx of motions after SCOTUS TC Heartland ruling?

“Many defendants will likely move to dismiss or transfer venue, and for the latter, may take the step to proactively file in their chosen jurisdiction and then request transfer to such jurisdiction.” 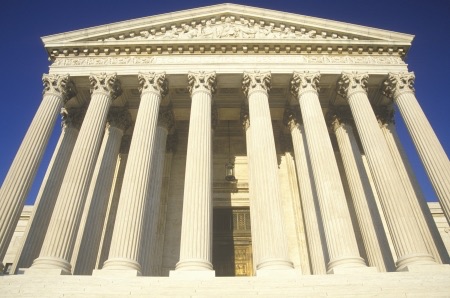 Paul V. Storm, intellectual property partner at Gardere sat down with IPWatchdog to discuss how the TC Heartland decision has impacted cases where an objection to venue was raised vs. cases where no such objection was raised. Storm has over 20 years of national and global experience in patent, trademark, copyright and trade secret procurement, counseling and litigation across a range of industries.

If an answer has been filed and no objection to venue included, then there is an argument that the issue has been waived. According to Storm, it is hard to predict how judges will rule on cases with arguable waiver when there was not a basis to challenge venue before this decision. It is likely that there will be a range of responses to these motions – some granted and some denied based on waiver.

“It is likely that courts that have cases already on file will be flooded with motions to dismiss under TC Heartland,” he explained. “There will be a significant degree of discretion on whether to find waiver or not depending on the facts of the case. How those courts will rule will be significantly influenced by an individual judge’s interest in having patent cases.”

“What we do know is that motion practice will heat up and courts must determine how they want to handle the influx of motions to dismiss and related challenges with no clear instruction from TC Heartland,” he said. “Many defendants will likely move to dismiss or transfer venue, and for the latter, may take the step to proactively file in their chosen jurisdiction and then request transfer to such jurisdiction.”

In addition, plaintiffs that are expecting challenges to venue may take the step to proactively file a new case in different jurisdiction and then move to transfer to their chosen jurisdiction. And, for cases where the time to raise a challenge has not passed or a challenge was raised and it has not been ruled on, TC Heartland will be applied and those cases will be dismissed or transferred.

However, it is unlikely that a case close to trial will have a motion to dismiss granted. “The argument for waiver becomes stronger the further along a case is,” he added.

So, what are the implications of the TC Heartland decision on the future of IP?

Under TC Heartland, the federal district in a state where a corporate defendant is incorporated is proper venue. According to Storm, the district courts in Delaware will become crowded and those cases will take a long time to process. There are two judicial vacancies in Delaware and until they are filed, cases in Delaware will move very slowly.

So, a temporary solution to the problem will be for available judges who are familiar with patent cases to sit by designation, according to Storm. For example, to the extent district judges from the Eastern District of Texas have lighter dockets, they may be available to handle cases filed in Delaware. Since pretrial proceedings can occur anywhere, the Eastern District could handle many patent cases, if asked to do so by the District of Delaware.

“Because venue for patent cases can still be found under the second test of 1400(b), specifically whether in such judicial district the defendant has committed acts of infringement and has an established place of business, it’s reasonable to expect many larger companies to still be subject to venue in many judicial districts,” Storm said. “But, gone are the days of eCommerce companies without brick and mortar stores or facilities being sued simply where they have customers for a lot of products.”

What constitutes an established place of business for a business that effectively operates only on the Internet will be heavily litigated. In other words, a company that sells physical products over the Internet is not likely to be held to have an established place of business anywhere they ship their physical product. So, per Storm, how the courts will rule on this issue simply cannot be predicted.

He said, “I suspect many more cases to be filed there. Overall, patent litigation will continue but will be more geographically distributed.”

For more on the Supreme Court’s decision please see: