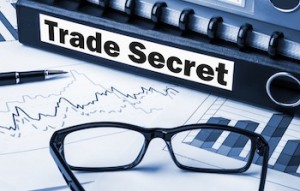 The current extraterritorial reach of U.S. trade secret law may seem ironic given trade secret law’s “local” roots.  In the United States, common law trade secret principles emerged through a diverse patchwork of state court decisions addressing local commercial disputes.  These local common law principles were first distilled in the Restatement of Torts and the Restatement of Unfair Competition and then codified in the Uniform Trade Secrets Act in 1979.  Underscoring the local prerogative of trade secret law, state legislatures modified and tailored the Uniform Trade Secrets Act to reflect their state-specific concerns and needs.  For many years, despite a push for national uniformity, a number of states chose not to adopt a statutory scheme at all (some still haven’t).

In parallel with these state-specific developments, the “local” nature of business gave way to a national business environment.  Because trade secret disputes often involved companies from different states or products distributed in interstate commerce, state courts increasingly applied their state laws to citizens and companies of other states.  Likewise, trade secret owners often brought their state law trade secret claims in federal court, rather than state court, under diversity or supplemental jurisdiction theories.  Ultimately, a federal statute was passed—the Economic Espionage Act—governing federal criminal actions for trade secret misappropriations.  And most recently, this act was amended by the Defend Trade Secrets Act to give federal courts original jurisdiction over civil causes of action for trade secret misappropriation.  While this new federal statutory scheme does not preempt existing state law, it does exemplify that trade secret law has fully evolved from its local origins into a commercial concern of national scope.

A similar pattern now seems to be unfolding on the global stage.  Namely, the factual predicates involved in many trade secret disputes—employee mobility, information sharing, business collaborations—often include an international component.  Where the facts surrounding a trade secret misappropriation claim transcend international borders, courts struggle with complex jurisdictional and choice of law issues.  For instance, where misappropriation occurs outside of the United States, complex questions of personal jurisdiction, extraterritorial reach, and enforceability of the ultimate judgment arise.  This article outlines the nature and extent to which United States trade secret law—both before and after the Defend Trade Secrets Act—might apply to trade secret misappropriation that occurs outside of the United States.  The complex questions of personal jurisdiction and enforceability of judgments are not addressed here.  Rather, the focus centers on the more fundamental question of whether and under what circumstances U.S. law might apply to conduct abroad.

U.S. courts in certain jurisdictions have held that state trade secret statutes can have extraterritorial reach.  The reasoning is largely grounded in the “tort out / harm in” theory developed through jurisdictional jurisprudence.  For instance, the U.S. Court of Appeals for the Third Circuit recognized that the “fictional situs” of the harm caused by trade secret misappropriation—irrespective of where that misappropriation occurs—is the residence of the trade secret owner.  See, e.g., Horne v. Adolph Coors Co., 684 F.2d 255, 259 (3d Cir. 1982).  This recognition of “in state” harm and a policy to protect a state’s companies from misappropriation can serve as the rationale for extraterritorial application of a state’s trade secret law.  A district court in California applied the California Uniform Trade Secrets Act against a Chinese entity under this theory, holding that “California law applies where an out-of-state defendant’s conduct causes injury in California. . . . This principle is especially true when the injury involves misappropriation of a trade secret because California has a significant interest in protecting the intellectual property of its citizens and businesses from infringement by foreign defendants.”  Applied Materials, Inc. v. Advanced Micro-Fabrication Equipment, Inc., No. 5:07-cv-05248-JW (N.D.Cal. February 29, 2008) (citations omitted).  On these grounds, the court held that “Plaintiff’s allegations state a claim in which California law may be applied extraterritorially.”  Id.

Importantly, the Applied Materials case did involve key conduct in the United States.  The accused misappropriators were former employees of the plaintiff, a Delaware corporation with a principal place of business in California.  And while the accused misappropriators relocated to China to develop a competing company using allegedly misappropriated technology, they learned of the technology in the first instance while working for the plaintiff in the United States.  A U.S. court might not be as willing to entertain the extraterritorial application of a state statute in circumstances where all of the conduct at issue occurs abroad (e.g., misappropriation abroad, manufacturing abroad, sales exclusively abroad, etc.).  Indeed, where the factual connection to the United States is more tenuous, U.S. courts may choose to apply the law of a foreign jurisdiction instead of U.S. federal or state law.  See, e.g., BP Chemicals, Ltd. v. Formosa Chemical & Fibre Corp., 229 F.3d 254, 266-68 (3d Cir. 2000) (applying Taiwanese trade secret law to a dispute between a United Kingdom trade secret owner and a U.S. corporation where the misappropriation occurred in Taiwan).

The U.S. International Trade Commission (“ITC”) will broadly apply U.S. federal trade secret law extraterritorially to address misappropriation occurring abroad.  Under 19 U.S.C. § 1337 (“Section 337”), the ITC exercises in rem jurisdiction over products that are imported into the United States where there has been an act of unfair competition.  Section 337 actions are brought to obtain an exclusion order, blocking further importation of offending products into the United States.  The ITC has long held that “[t]here is no question that misappropriation of trade secrets, if established, is an unfair competition or unfair act which falls within the purview of Section 337.”  Certain Processes for the Manufacture of Skinless Sausage Casings and Resulting Product, Inv. No. 337-TA-148/169, 1984 ITC LEXIS 137, *165-66 (July 31, 1984).  And in 2011, the Federal Circuit affirmed the ITC’s application of U.S. trade secret law—what the court called “federal common law” and “a single federal standard”—to a dispute in which all of the acts of misappropriation occurred in China.  TianRui Grp. Co. v. Int’l Trade Comm’n, 661 F.3d 1332 (Fed. Cir. 2011).

In TianRui, the Federal Circuit acknowledged the longstanding presumption that federal statutes apply only within the territorial jurisdiction of the United States.  Id. at 1328-29.  Under the Supreme Court’s Morrison decision, this “presumption against extraterritoriality” can be rebutted where a statute gives a clear indication of an extraterritorial application.  Morrison v. National Australia Bank Ltd., 130 S.Ct. 2869 (2010).  In TianRui, the Federal Circuit found that Section 337 applied extraterritorially because (1) the statute’s focus on unfair competition and unfair acts “in the importation of articles” demonstrates that Congress was not focused solely on domestic concerns, (2) the application of the statute is not “purely extraterritorial,” but rather is properly grounded in domestic activity in that the statute’s focus is “on the act of importation and the resulting domestic injury,” and (3) the legislative history of Section 337 supports extraterritorial application.  TianRui, 661 F.3d at 1328-33.

Accordingly, in situations where the facts support a Section 337 action—including the importation of products and attendant domestic injury—the ITC stands as a powerful option for trade secret owners seeking to apply U.S. trade secret law where the misappropriation occurs abroad.

Although the EEA’s extraterritoriality provision has been on the books for over 20 years, there is little case law interpreting the provision or identifying the type of conduct that qualifies as “an act in furtherance of the offense.”  For instance, it is unclear whether mere economic harm felt in the United States—with all of the activity regarding misappropriation otherwise occurring abroad—would satisfy the “act in furtherance” prong (analogous to certain “tort out / harm in” theories under state law).  Likewise, it is unclear whether mere importation of a product made using a trade secret abroad would satisfy the “act in furtherance” prong (analogous to ITC misappropriation actions).

If the legislative history of the DTSA serves as a guide, practitioners might expect to see a broad and liberal interpretation of an “act in furtherance of the offense.”  Before passing the DTSA, much of the discussion in Congress centered on protecting U.S. businesses from trade secret misappropriation abroad.  Indeed, the Senate Judiciary Committee’s Report begins with the recognition that American losses due to trade secret theft exceed $300 billion and 2.1 million jobs annually.  S. Rep. 114-220 (2016).  The report concludes with the observation that “[a]s trade secret owners increasingly face threats from both at home and abroad, the bill equips them with the tools they need to effectively protect their intellectual property and ensures continued growth and innovation in the American economy.”  Id.  Congress’s desire to protect U.S. business from trade secret theft abroad is also apparent from certain noncodified sections of the DTSA requiring a detailed study and report on “[t]he scope and breadth of the theft of trade secrets of United States companies occurring outside the United States” and reflecting the “Sense of Congress” that “trade secret theft, wherever it occurs, harms the companies that own the trade secrets and the employees of the companies.”  In light of such provisions, an argument can be made that Congress intended the extraterritorial reach of the EEA to apply broadly.

With increasing globalization—including global distribution and supply chains, offshore manufacturing, international collaborations, technology transfers, and cross-border employee mobility—efforts to apply United States trade secret law to disputes of an international character may be on the rise in the near future.  Accordingly, the developing case law addressing extraterritorial application of U.S. trade secret law—whether through state statutes, ITC proceedings, or the newly-enacted civil EEA provisions—promises to raise significant opportunities and considerations for companies wrestling with misappropriation of trade secrets outside of the United States.

Paula E. Miller She focuses her practice on several areas of patent law, including patent litigation, patent prosecution, and proceedings before the U.S. Patent and Trademark Office (USPTO). She has a technical background [...see more]

Jon T Self is a Japanese-speaking patent attorney for Finnegan, with a Ph.D. in cell & molecular biology, I focus on patent litigation, prosecution, PTO trials, and strategic counseling in the fields of [...see more]