The Risks of Using Images for Commercial Purposes

Businesses must obtain written consent when using photographs, videos or images of people in marketing and advertising materials. 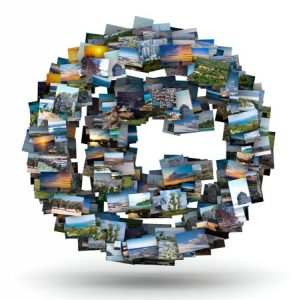 Businesses were recently given a harsh reminder about the effects of failing to obtain permissions when using photography for commercial purposes when a California woman sued Chipotle earlier this year for $2.2 billion.

According to the complaint in the Chipotle case, in 2006, a photographer approached the plaintiff outside of a Chipotle restaurant and asked her to sign a consent form about some photographs taken inside the restaurant. The woman refused, but in 2014 and 2015, she found a photograph of herself edited into promotional materials placed on the walls of several Chipotle restaurants in California and Florida. This case serves as a reminder that any business that uses a person’s image for commercial purposes must first obtain that person’s consent.

Mark Rosenberg, an Intellectual Property lawyer and co-chair of Tarter Krinsky & Drogin’s Reputation Management practice, shared with IPWatchdog individuals’ rights of publicity and what companies need to be aware of when using images for commercial purposes. He has over 25 years of experience assisting clients in protecting their reputations from defamation and violations of their publicity and privacy rights as well as representing clients in acquiring, protecting, enforcing and licensing IP rights.

“This is a reminder to all businesses whose advertising or marketing materials contain photographs, videos or images people to ensure that the persons responsible for creating the material have obtained the written consent of every single person who appears in the photographs or videos,” he said. “This rule applies to every business regardless of whether the business is a national burrito chain promoting its products, a local Y distributing a brochure promoting its swimming programs, a synagogue promoting its nursery school through a web video or a youth baseball league posting player photographs on its website.”

According to Rosenberg, today, consents can be obtained in many ways including consents signed by the specific individuals whose images are being used; releases signed at the time photographs are taken and; consents obtained when a person enrolls in a program or prominent signage posted in event spaces stating that by attending the event, the attendees consent to the commercial use of their photographs taken at the event.

Typically, businesses do not ask to review the publicity consents obtained by their agencies, and instead, rely on the agencies’ representations that consent was obtained. Unfortunately, serious problems can come about when the agency fails to obtain consent. In fact, according to Rosenberg, a person’s consent to the image is only as good as the terms of the consent because if the consent contains limitations on the manner or type of media in which the image is used, ignoring these limitations can create a violation of the person’s right of publicity.

“Armed with a proper consent, a business can use a person’s image for commercial purposes,” he explained. “Failure to obtain consent or abide by its terms can lead to a legal dispute, money damages and potentially a requirement, whether through court order or a settlement, that the business cease using the offending materials, materials which the business likely expended significant resources to create.”

So, how can companies better protect their reputations from defamation and violations of their publicity rights?  If someone is intent on defaming another person or does not care whether a not an advertisement they place violates another’s right of publicity, there is not much which can be done to prevent that from happening in the first instance, according to Rosenberg.

“However, once it occurs, victims need to be aggressive in sending take down notices to the perpetrator, contacting the owner or host of the websites or publications where the illegal content is posted and, where appropriate, working with an attorney,” he said.

The moral of the story is that companies need to make sure that that every person appearing in the photograph has consented to the use of his or her image, whether through a general consent or a consent relating to the particular use.