Recent court rumblings about a narrow scope of IPR estoppel 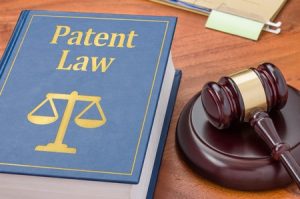 An Inter Partes Review (IPR) is an important tool for companies that face frequent patent infringement challenges.  An IPR is essentially a mini-litigation focusing solely on patent validity conducted before a panel of administrative patent judges sitting in the Patent Trial and Appeal board (PTAB).  Once an IPR is initiated, a decision on validity is issued within one year.  The narrow focus, fast timing, and lower cost of an IPR, along with certain legal advantages that make proving invalidity easier in an IPR than in a district court, make it an attractive alternative to district court litigation when good invalidity arguments are available.  Indeed, if an IPR is initiated early in the course of a patent litigation, the district court will typically stay the litigation while the IPR proceeds, reasoning that if the patent is invalidated the case is over and if the patent survives, the invalidity issues are significantly narrowed.

The idea that invalidity issues raised in an IPR should not be allowed to be raised again in a district court is one of the justifications behind IPR being treated as ways to simplify patent litigation.  This estoppel provision is set forth in US patent law 35 USC Sec. 315(e)(2) which states that a petitioner that brings an IPR cannot raise invalidity arguments in district court “that the petitioner raised or reasonably could have raised during that inter partes review.”  The scope of this limitation has been subject to considerable debate.

To bring an IPR, a petition is filed in the PTAB that sets out various grounds for invalidity. The petition is limited in length and a petitioner must carefully decide which prior art references to address.   After considering any response filed by the patent owner, the PTAB decides whether or not there is a basis to initiate the IPR proceedings and which of the presented grounds of invalidity to address.  Often, the PTAB will decide to address only some of the invalidity arguments presented in the IPR, considering others redundant or not persuasive.  If the case does not settle, a final decision will ultimately be issued holding that none, some, or all of the challenged claims are invalid.  The question then is which invalidity arguments are still available to the petitioner to raise in an invalidity challenge in district court.  (IPR proceedings can consider only invalidity arguments based on anticipation or obviousness in view printed publications such as patents and articles.  Other grounds of invalidity, such as indefiniteness or lack of patentable subject matter, cannot be addressed in an IPR and so these grounds of invalidity are free to be raised later in the district court.)

Last year, in Shaw Indus. Grp., Inc. v. Automated Creel Sys., Inc., the Federal Circuit ruled that the estoppel clause only applied to the invalidity references on which the IPR was actually instituted, and did not extend to grounds that were presented to the PTAB but not part of the grounds for institution.  817 F.3d 1293 (Fed. Cir.), cert. denied, 137 S. Ct. 374 (2016).  The Court’s reasoning was that the statute used the phrase “during” the IPR and that this period of time only started after the IPR was actually instituted.  Since the petition itself preceded the start of the IPR, the petitioner’s arguments at that point were not during the IPR and so not subject to estoppel.

This is a very narrow view of IPR estoppel.  Since this decision, several district courts have expressly pointed out that while it may be textually correct, it is inconsistent with the idea that a party who chooses to bring an IPR should not be able to get a second bite at the apple if the IPR is unsuccessful.

A clear stand against the Shaw decision was made recently in a decision from the Western District of Wisconsin, Douglass Dynamics v. Myer Products (W.D.Wisc. No. 14-cv-886, April 18, 2017).  In that case, the defendant was sued for patent infringement and then sought an IPR to invalidate the patent.  The IPR was initiated but only on some of the grounds presented.  The patent survived and the parties returned to the district court arguing about which invalidity grounds the defendant could still raise.  The district court judge expressed deep skepticism about the correctness of the Shaw decision, explaining that limiting estoppel only to the grounds on which IPR was instituted undermined a major justification for IPRs and was inconsistent with the legislative history of the law.  The court also argued that from a practical view, Shaw meant that staying a district court case in view of an IPR would not simplify things if the patent survived because the defendant could simply assert alternate but similar grounds for invalidity in the court after the stay was lifted and these alternatives were often easily found.   The court acknowledged that it was bound by the ruling in Shaw for invalidity arguments presented in the IPR petition.  Signaling its strong disagreement, however, the court pushed back, arguing that while Shaw said that there is no estoppel for asserted invalidity grounds not relied on by the PTAB, the situation in Shaw did not involve unasserted grounds for invalidity. The court then applied estoppel where it could, holding that the defendant could not argue invalidity on grounds “not asserted in the IPR petition, so long as they are based on prior art that could have been found by a skilled searcher’s diligent search.”   In other words, if the defendant knew or could reasonably have known about a reference and did not raise it in the IPR, it could not then raise it in the litigation in an invalidity argument.

The same conflicting policy issues have been addressed in other district court cases but where the opposite outcome was reached.  In Intellectual Ventures I LLC v. Toshiba Corp, Judge Robinson in the Delaware district court recognized the tension between the purpose of the IPR estoppel provision and its literal language but still sided on very limited estoppel.  2016 U.S. Dist. LEXIS 174699 (D.Del. Dec, 16, 2016).  The judge explained that “[a]lthough extending [Shaw] to prior art references that were never presented to the PTAB at all (despite their public nature) confounds the very purpose of this parallel administrative proceeding, the court cannot divine a reasoned way around the Federal Circuit’s interpretation in Shaw” .  In a motion for reconsideration, the judge maintained the ruling of no estoppel but expressed hope that an appeal would clarify things.

While one other Federal Circuit panel has agreed with Shaw, so far the Federal Circuit has not considered IPR estoppel for unasserted references.  This issue will be addressed on appeal soon in one case or another.  Given the reasoning in Shaw, it is likely that the Federal Circuit will extend the case and rule that estoppel also does not apply to unasserted but known or reasonably found prior art.  However, there is no guarantee that a different panel (or eventual en banc decision) would go the same way.  In addition to the grumbling of various district courts since Shaw, Judge Reyna in his concurrence in the Shaw decision, believed that the question of estoppel should not have even been addressed in Shaw.  He also signaled that broader estoppel should apply, noting that that “[t]he effects of estoppel are profound” and suggesting that estoppel should be based on the nature of the arguments raised and considered in the IPR, and not simply be inapplicable to prior art documents considered redundant and so not considered (especially where, as in that case, the PTAB did not explain why the references were redundant).

The upshot for parties bringing an IPR is that narrow estoppel is still law but the issue is in play and there are no guarantees.  The law is still unsettled and the Federal Circuit’s position on estoppel could shift dramatically in the future.  As with many other legal issues in litigation, when considering estoppel from IPR, a petitioner should hope for the best but prepare for the worst.

Mitchell Feller is a partner with Gottlieb, Rackman & Reisman, P.C. Mr. Feller’s practice focuses on patents and other legal areas involving the development and use of technology, including patent litigation and [...see more]