The Top 3 Reasons the U.S. Patent System in Decline 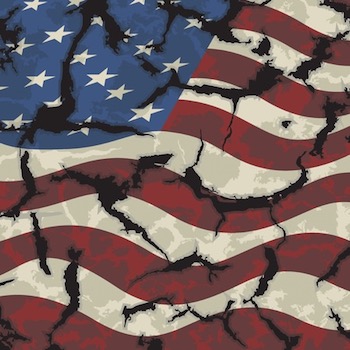 Today is World IP Day 2017, and in many parts of the world there is reason to celebrate. In the United States there should be less celebration and more reflection upon how our elected leaders, appointed officials and learned jurists are collectively allowing the engine of U.S. economic dominance to be disassembled before our eyes.

While the U.S. barely clings to the top spot overall in the U.S. Chamber of Commerce 2017 world rankings for intellectual property, when the focus is placed on patents the U.S. tumbled to a tie for 10th place with Hungary in the Chamber’s 2017 rankings. Concerns over software and biotechnological innovations being patent eligible, the omnipresent threat of patent reform that could make it even more difficult to enforce the patent property right, and no clear path to a philosophical or ideological turning point make for little to celebrate this World IP Day in America.

Particularly irksome is the theme for World IP Day 2017, which centers on attracting investment, rewarding creators and making sure that knowledge acquired today becomes freely available for generations of the future. None of that is a reality in the U.S. in 2017. Indeed, so bad has the patent climate become that several pro-patent Members of Congress banned together in 2016 to pass federal trade secret legislation so innovators would have at least some federal protection as patents continue to be of little or no value in certain market sectors. But when information is kept as a secret it won’t be available freely for future generations to build upon, so the social compromise that is the foundation of the patent system becomes severely undermined.

This year, we’ll explore how innovation is making our lives healthier, safer, and more comfortable, turning problems into progress. We’ll look at how the intellectual property system supports innovation by attracting investment, rewarding creators, encouraging them to develop their ideas, and ensuring that their new knowledge is freely available so that tomorrow’s innovators can build on today’s new technology.

The Court’s decision in eBay v. MercExchange related to the issuance of injunctions to victorious patent owners upon successful completion of patent litigation. Prior to May 15, 2006, when a patent owner prevailed on the merits in a patent infringement lawsuit, there was a well-established general rule that an injunction should issue absent the presence of a sound reason for denying it. That makes perfect sense given that the patent is an exclusionary right (i.e., the patent grant by its nature demands that no one engage in making, using, selling, offering for sale or importing, much liken injunction).

Starting late in the morning on May 15, 2006, the day the Supreme Court issued its decision, in order to receive a permanent injunction in a patent litigation the victorious plaintiff needs to demonstrate: (1) that it has suffered an irreparable injury; (2) that remedies available at law, such as monetary damages, are inadequate to compensate for that injury; (3) that, considering the balance of hardships between the plaintiff and defendant, a remedy in equity is warranted; and (4) that the public interest would not be disserved by a permanent injunction.

Ironically, patent owners are better off before they are victorious and have withstood all challenges. At least prior to a verdict they have the illusion of an exclusionary right that is akin to an injunction, but once they have prevailed they cannot get a permanent injunction, which is bizarre in the extreme. All a permanent injunction would do different from the terms of the patent grant already awarded would be to continue to allow the district court to maintain jurisdiction to punish recalcitrant defendants who refused to follow the court’s order.

The eBay decision largely removes the possibility of an injunction, which turns the patent system into a compulsory licensing regime, at best. The infringer bears no risk of being told to stop infringing. This significantly tilted negotiating power, value, and minimized opportunity for settlement and maximized the likelihood that patent owners would have to sue. Most patent professionals point to this decision as the single most harmful event, and the one that most needs to be overturned.

The law is supposed to maximize certainty and minimize transaction costs in order to facilitate an efficient, arms-length negotiation of rights. That is what keeps disputes out of court, or if they make it to court it is what gets disputes to settle. eBay has so significantly tilted the playing field that arms-length negotiations of rights is impossible, which is why so many attorneys who represent infringers brag about simply throwing away, or circular filing, inquiry and notice letters they receive from patent owners. Infringers have no risk. They cannot be shut down.

The root of the patent eligibility evil lies with the Supreme Court’s decision in Mayo v. Prometheus. The real mischief of Mayo is found in the fact that the Supreme Court intentionally chooses not to apply 35 U.S.C. 102 (novelty), 35 U.S.C. 103 (obviousness) and 35 U.S.C. 112 (description) to evaluate the claims. The Solicitor General of the United States specifically argued that the Supreme Court should look to those other sections of the statute as the Court itself commanded be done in Diamond v. Diehr, for example. Justice Breyer refused what he called the invitation of the government to allow the claims to be properly analyzed under 102, 103 and 112. It wasn’t an invitation, rather it is what the Patent Act required.

In Diehr, then Associate Justice William Rehnquist explained why considering newness under 101 was inappropriate. Now newness (or novelty) is considered in a patent eligibility inquiry, but this newness is considered without any prior art being applied. That makes the question of newness under 101 purely subjective and untethered to any scientific or technical reality.

Today, thanks to Mayo, decision makers consider whether claims are new, nonobvious and even properly described all under a 101 patent eligibility analysis, which allows decisions to be made without information or thoughtful consideration. It allows claims to be deemed conventional and, therefore, patent ineligible without apply a single piece of prior art or considering priority dates or availability of references or when teachings were made public.

Worse, Mayo also allows these decisions to be made without any claim interpretation. How can you know what a claim covers without a claim interpretation? The answer is simple: You cannot know what a claim covers without interpreting the claim. But at least district courts can dismiss patent infringement lawsuits on motions to dismiss, never having construed the claims, never having applied prior art, and not having the most vague idea what the claim actually covers on a technical or scientific level.

Without a doubt the biggest change brought into being by the America Invents Act (AIA), and why the AIA has been an unmitigated disaster, is the creation of three new procedural challenges to issued patents. These post grant challenges – inter partes review (IPR), post grant review (PGR), and covered business method (CBM) review – give those who don’t like patents fresh new opportunities to seek the invalidation of property rights issued by the Patent Office. These new procedures are added to challenges already available in federal district court, as well as reexamination, which continue to be available at the Patent Office.

These post grant proceedings have been so horribly one-sided that it is almost impossible to believe they are being carried out within an American system of any kind. The statute gives patent owners the right to amend patent claims, but the PTAB denies virtually all motions to amend because the PTAB interprets the statute that gives the right to amend as merely a right to file a motion to amend, which they nearly universally deny. Patent owners are also harassed and subject to petitioners ganging up on their patents. Despite the AIA giving the Director the ability to protect patent owners against harassment the Director continues to refuse to exercise this authority.

All of the post grant challenges ushered in by the AIA were a bad idea. They never should have been created in the first place. All the post grant proceedings have done is make infringing patents a more economical choice, while making it more costly for innovators to obtain and keep the protection they need to make innovating a worthwhile endeavor. It was all too predictable that a new tribunal would over assert its own jurisdiction, but the breadth of just how arbitrary, capricious and fundamentally unfair the process would be was simply not predictable. For example, few would have predicted the PTAB would ignore the statutory definition of a CBM patent and instead use their own definition that would render virtually all patents a CBM patent. Moreover, few would have predicted that the PTAB would refuse to consider evidence timely submitted as a matter of right, even fewer would have predicted the Federal Circuit would allow the PTAB to refuse to consider that same evidence.

Future of the U.S. Patent System

If and when these three issues are address there will be reason to celebrate the U.S. patent system. I don’t expect that will be anytime soon, but we do need to remember that we’ve seen the U.S. patent system in near complete collapse before. In the 1960s and 1970s the Supreme Court never saw a patent that was valid, which lead to the creation of the United States Court of Appeals for the Federal Circuit. In the 1970s and early 1980s there was great concern that Japan would win the technology future, which is why President Reagan invested so heavily into the U.S. Patent Office in order to bring down the backlog. At this moment even the Supreme Court reversed course in the early 1980s with two extremely pro-patent decisions in Diamond v. Chakrabarty and Diamond v. Diehr, both of which lasted for over 30 years before the current Supreme Court implicitly overruled those decisions.

The darkness of the 1960s and 1970s is what gave way to the strong foundations built in the 1980s and 1990s. Things will turn around eventually, the only question is when. With China outspending the United States on late stage innovation, the political environment of the early 1980s could be close at hand. We can only hope that will cause our elected leaders to envision the same future that was seen as possible when a strong patent system was seen as the foundation of great economic promise and technological advancement.