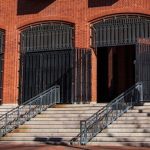 The Medicines Company (“MedCo”) sued Mylan, Inc. (“Mylan”) alleging infringement of two patents (the ’727 patent and the ’343 patent) after Mylan submitted an Abbreviated New Drug Application (“ANDA”).  Mylan counterclaimed, seeking a declaration that the patents were invalid. The patents are directed to pharmaceutical formulations, or “batches,” of the drug bivalirudin, which is used to prevent blood clotting in patients undergoing cardiac catheterization. The goal of both patents is to achieve “batch consistency,” or a consistently low level of impurities in each batch of bivalirudin. The issue at the district court and on appeal is whether the claims of the ’727 and ’343 patent require batch consistency to be accomplished through an “efficient mixing” process.

The “net effect” of the Court’s claim construction was that “to infringe either the ’727 patent or the ’343 patent, infringing batches must be compounded using a process that employs the efficient mixing conditions of Example 5,” i.e., an “efficient mixing” process. Because it was undisputed that Mylan’s proposed drug did not use an “efficient mixing” process, Mylan did not infringe the ’727 and ’343 patents. The Court reversed the district court’s infringement judgment for the ’727 patent and affirmed the non-infringement judgment for the ’343 patent. The Court did not address Mylan’s invalidity contentions because Mylan agreed that a finding of non-infringement would render its invalidity claims moot.