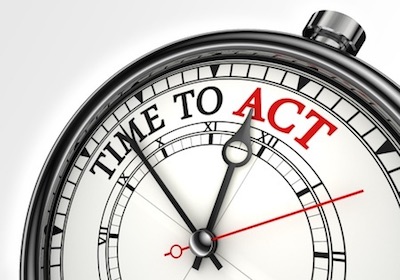 I write to request your support on a petition for rehearing and rehearing en banc at the Federal Circuit in Evolutionary Intelligence v. Sprint Nextel Corp., et al., a February 17, 2017 decision under 35 U.S.C. § 101. Appellant Evolutionary Intelligence has secured a 30-day extension to file the combined petition, now due April 19, 2017. Amicus briefs in support of the petition are due on May 3, 2017. FCR 29.

Since the Supreme Court’s Alice decision, district courts and the Federal Circuit have been ruling on what they perceive as the “abstractness” of patents—not with analysis of the claimed invention, but by referring broadly to a patent’s field of invention, the problems a patent sets out to solve, even generalizations about what the patent means to the court.

This is a marked departure from the historical analysis of patent claims. Disturbingly, this process can be used to invalidate any patent because it is based on broad generalities and assumptions rather than precisely defined and examined claims. While some applaud the courts’ actions as helping to extinguish so called “bad patents,” valid and enforceable patents are being destroyed as well. The resulting destruction of valuable intellectual property damages America’s innovating community.[1]

Why Battle This Specific Section 101 Decision?

The decision in Evolutionary Intelligence provides an excellent vehicle to draw attention to the imbalances created by the lower courts’ implementation of Alice, by providing guidance through the rehearing process to curb § 101 abuse. These imbalances include:

The Decisions In Evolutionary Intelligence

The Evolutionary Intelligence decision highlights the dichotomy that results when a court determines a § 101 motion on the pleadings, in a vacuum, without analysis of the claims, while the PTAB thoroughly analyzes the claims to overcome the prior art. How can a court strike down a patent under § 101 without properly considering the claims, while the same patent survives numerous prior art challenges at the PTAB, and the PTAB thoroughly analyzes and construes the same claims? It defies common sense.

Here, neither the district court nor the Federal Circuit considered a single claim as a whole. Both courts cherry picked words out of context while ignoring specifically claimed structure, organization, and combinations. And, ignoring the specification entirely. Instead, the courts relied on unfounded, extrinsic analogies to libraries, baristas and dinosaur toys with red stickers. See, e.g., DCt. 13; see also Fed. Cir. Oral Argument. In contrast, the earlier PTAB final decision construed ten claim terms, and no party disputed those constructions.[2] The patent then was compared to fifteen relevant prior art references. Though § 101 was not at issue at the PTAB, that analysis is rife with structure that belies the courts’ superficial analysis.

The PTAB’s broadest reasonable construction (“BRI”) is binding on the common parties. See, e.g., B & B Hardware, Inc. v. Hargis Industries, Inc., 135 S.Ct. 1293, 1299 (2015) (issue preclusion could apply in district courts as a result of decisions by the Trademark Trial and Appeal Board (TTAB)).[3] Yet, defendants proposed, and the courts accepted even broader generalizations for what the patent covered: “an abstract idea: containerized data storage utilizing rules and instructions.”[4] DCt. 17; see also, Appendix, PTAB Claim Construction and Court’s Determinations.

The Federal Circuit affirmed the district court’s dismissal in a discussion that spans just over one page, including case citations and parentheticals (Slip op. 4-5).[5] Although the decision pays lip service to Alice’s two-step test, no analysis was performed. The Federal Circuit’s entire Alice step 1 discussion is:

Here the claims are directed to selecting and sorting information by user interest or subject matter, a longstanding activity of libraries and other human enterprises.

Slip op. 4. Contrary to Alice and the Federal Circuit’s own precedent, the Court did not look at the specification, which shows the claims’ scope and applicability to computers. Cf., e.g., Enfish, LLC v. Microsoft Corp., 822 F.3d 1327, 1335 (Fed. Cir. 2016) (“the ‘directed to’ inquiry applies a stage-one filter to claims, considered in light of the specification, based on whether ‘their character as a whole is directed to excluded subject matter.’”) (citations omitted) (emphasis added)). Here, contrary to the specification, the Court looked at whether the claims are directed to the extrinsic ideas of “libraries and other human enterprises,” which certainly was not viewing information from the pleadings most favorable to the non-movant, patentee. See, e.g., Iqbal, 556 U.S. at 678.

[Evolutionary Intelligence] conceded that “containers,” “registers,” and “gateways” are “conventional and routine” structures. [case citation omitted]. Whether analyzed individually or as an ordered combination the claims recite those conventional elements at too high a level of generality to constitute an inventive concept. Slip op. 4.

Whether the claim terms are “routine” however, does not consider them in combination, much less with the many other limitations in at least claim 1. Nor does it resolve Alice step two, especially when all inventions result from old elements. See e.g., ’536 Patent (Claim 1); see also Diamond, 450 U.S. at 187; Alice, 134 S. Ct. at 2354.

Other Federal Circuit panels have discredited the Court’s superficial approach here. In Enfish, the Court criticized the district court, noting that when carrying out Alice step one, “describing the claims at such a high level of abstraction and untethered from the language of the claims all but ensures that the exceptions to § 101 swallow the rule.” 822 F.3d at 1337 (citing Alice, 134 S. Ct. at 2354) (emphasis added).[6]

Further, if the courts conduct no proper claim analysis, certainly the PTAB’s informed analysis deserves consideration, especially when the parties agreed on it and it is a final decision. See, e.g., Content Extraction & Transmission LLC v. Wells Fargo Bank, Nat. Ass’n, 776 F.3d 1343, 1349 (upholding dismissal when court construed claim terms in manner most favorable to non-movant); see also, B & B Hardware, 135 S.Ct. at 1299.[7] The defendant/petitioner cannot assert a broad construction at the PTAB and then, when such construction confirms patent validity, ignore that analysis of the claims in favor of extrinsic analogies at the district court.

U.S. Patent Nos. 7,010,536 and 7,702,682, both titled “A System and Method for the Manipulation of Containers with Dynamic Registers,” are related and share the same specification. These are no capped-fee, skimpy specification patents. The invention is disclosed and claimed in an exacting 45-page description with more than 700 enumerated elements. Thirty-one detailed drawings of flow charts and diagrams depict the invention. These are seminal patents in the use of the mobile Web, and many leading technology companies have cited them, including Apple, Microsoft, Hewlett Packard, and IBM.

The claims are similarly detailed and require structure that is specifically arranged. For example, claim 1 of the ’536 patent requires a plurality of “containers” which include a plurality of “registers.” These registers include “active,” “passive,” and “neutral” registers that perform specific functions. In addition, a “first register” stores a “unique container identification value,” and a “second register” governs interactions between containers relative to an “event time” “external to the apparatus.” Each claimed container further requires a “gateway” that controls interaction of the container with other containers, systems or processes. ’536 Pat., 30:6-30 (Claim 1). Neither court analyzed, or even considered this claimed structure.

In the courts, § 282 requires that the presumption of validity be applied to all patents, leading to the clear and convincing evidentiary standard. The tension between the requirements of § 282 and patent invalidation under Rule 12 as a matter of law without proper analysis of the claims cannot be ignored. While Rule 12 invalidation may be appropriate in extreme cases, the claims must always be properly considered.

However, by applying generalized facts, outside of the pleadings, and failing to properly consider claim limitations, the courts allowed appellees to improperly use Rule 12 as a sword and a shield: cutting down the patents at a superficial level and blocking application of analysis and substantive standards provided in § 282. This conflict can no longer be ignored.

The law is long settled that patent claims define the metes and bounds of an invention. See, e.g., 35 U.S.C. § 112(b). Therefore, without properly considering the claims, by what standard may a court determine that those claims are directed to an “abstract idea”? By defendants’ generalizations? By its own understanding? That is not the law, but that is what happened here and in so many other cases.

Software patents are one of the engines of innovation in America. They enable inventors, small companies, and large enterprises alike to protect inventions and to bring them to market. The defective misapplication of Alice must be redressed to end the continued baseless invalidation of valid patents. If not here and now, when and at what cost to American innovation?

I hope you will join our efforts to correct the current imbalance by drafting an amicus brief in support of Evolutionary Intelligence on combined petition for rehearing at the Federal Circuit. If you have questions or would like further information, please contact me.

For more information please see this accompanying Appendix, along with the District Court Decision and the Federal Circuit Decision. The patents-at-issue are US Patent No. 7010536 and US Patent No. 7702682.

[2] IPR Final Decision at 7. Of the 8 IPR challenges, only one was instituted, and all claims survived. What technical field is in danger of preemption once the patent has survived 8 IPR challenges and fifteen pieces of prior art?

[3] While the parties may propose more narrow Phillips constructions at the courts, improper use of a Rule 12 motion to confirm an even broader patent scope under section 101 than the parties agreed to under BRI defies logic, and clearly is not in favor of the non-movant.

[4] To what rules and to what instructions is the court referring? The patent claims and specification resolve those court-imposed vagaries but were not properly considered.

[6] If the claims here had been properly analyzed, it is difficult to distinguish the case from Enfish, where a self-referencing table for processing data was an improvement in computer processing, while here, dynamic registers in a tree structure, utilizing external data for processing is not.

[7] Here, appellees strategically dismissed their own appeal of the PTAB decision, ahead of the instant appeal, to prevent the Court from analyzing the PTAB’s thorough claim construction prior to delving into the district court’s superficial §101 ruling.