Amazon, Google, Microsoft and Apple will lead intelligent virtual assistant sector over the next few years 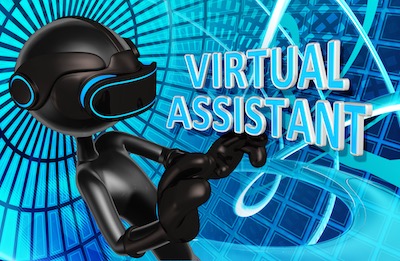 We’re three months into 2017 and already the early returns are showing that this year should be a banner one for intelligent voice assistant technologies. The 2017 Voice Report from VoiceLabs, a voice assistant app development firm, forecasts a total of 24.5 million voice-first devices sold by the end of the year, increasing the overall footprint for such devices to 33 million in circulation. The report also indicates that specialization between voice assistants will become much more pronounced this year as the largest players in the field continue to develop their voice assistant technologies in ways that benefit their core business.

Currently, the upper stratosphere of the intelligent voice assistant market is inhabited by four of the biggest American tech firms: Cupertino, CA-based Apple Inc. (NASDAQ:AAPL), whose Siri voice assistant is available in portable electronic devices like the iPhone and the iPad; Seattle, WA-based Amazon.com Inc. (NASDAQ:AMZN), which has developed the intelligent personal assistant Alexa baked into devices like the Echo smart speaker; Alphabet Inc. (NASDAQ:GOOGL) subsidiary Google of Mountain View, CA, and its Google Now assistant available through Android and other Google software products; and Redmond, WA-based Microsoft Corporation (NASDAQ:MSFT) whose Cortana intelligent assistant is found in Microsoft products like the Xbox and its Windows operating systems.

In test after test, these four intelligent personal virtual assistants are stacked up against each other to see which offers the greatest degree of functionality or which is easiest to use from a consumer standpoint. Although at least one commentator has raised issues related to the gender bias evident in the development of these voice assistants, this current generation looks to be the one that will carry the torch forward for at least the next few years.

As we took note of during our coverage of this year’s Consumer Electronics Show in Las Vegas, Amazon’s Alexa is amassing a lead in the intelligent personal assistant market which will be hard to topple in the years to come. Amazon is breaking Alexa out of its home in Echo speakers and the virtual assistant was seen in car infotainment systems developed by Ford Motor Company (NYSE:F) as well as home appliances created both by Whirlpool Corporation (NYSE:WHR) and General Electric (NYSE:GE). The spread of Alexa has been aided by increasing U.S. consumer awareness of Amazon’s Echo, which has risen from 20 percent in March 2015 up to 69 percent in September 2016 according to a report from Consumer Intelligence Research Partners.

By the end of this February, media reports indicated that Alexa offered users a total of 10,000 skills, which is how different applications are referred to in the Alexa universe. Recent additions to the collection of Alexa skills includes a partnership with smart lock developer August Home to provide a more secure method for unlocking doors. Another recent addition is the Starbucks skill which allows users to remotely order a preprogrammed “usual drink” for pickup at any of 10 previously visited Starbucks locations. Among the many other skills available through Alexa are AccuWeather weather forecasts, TuneIn radio broadcasts, Pandora or Spotify streaming music services and the ability to set timers or alarms.

As the 2017 Voice Report notes, the increase in available Alexa skills has been rapid, increasing by 500 percent in terms of applications available from June 2016 to January 2017. Most of the apps available through Alexa are news, games & trivia and then education & reference, although there are significant numbers of lifestyle and weather skills too. The Voice Report does note that, as of mid-January, only 31 percent of Alexa skills have more than one consumer review, indicating that many skills are not heavily used by consumers yet.

Introduced by Apple on the iPhone 4 in October 2011, Siri is the elder stateswoman of the intelligent voice assistant world. Along with Apple devices like the iPad and the Apple Watch, Siri is also available in the Apple CarPlay infotainment system developed for vehicles. Siri was also added to the Macintosh platform last September, showing how serious Apple is in promoting its intelligent personal assistant across its suite of devices.

Interestingly, despite Apple’s penchant for developing its own personal electronics which support the company’s software products, a recent article from TIME cited the author’s personal conversations with Apple executives as an indication that the company has no interest in developing a standalone Siri speaker to compete with Amazon’s Echo. However, there have been media reports that Apple is ramping up development to make Siri more omnipresent across all device functions. In late February, British news outlet Cambridge News reported that Apple has increased its activity at a Cambridge-based research & development facility focused on improving Siri. At the end of January, 9to5Mac reported that the latest iOS update included a new iCloud Analytics feature which would analyze user activity on iCloud apps to improve Siri functioning.

The 2017 Voice Report is a little muted on the potential of Siri as a major part of the intelligent voice assistant market, noting that Apple’s closed application development environment limits Siri’s compatibility with apps developed by third parties. However, Apple is expected to be one of two consumer tech giants which will develop a “compelling voice-first device” during 2017 out of the corporate trio of Apple, Microsoft and Samsung Electronics (KRX:005930).

Microsoft’s Cortana holds the unique distinction of being the one major intelligent personal assistant which was first introduced as a video game character. Fans of the Halo video game franchise series will recognize Cortana as the virtual assistant for Master Chief, aiding him in preventing the Halo installations designed to wipe out all sentient life in the galaxy. As an intelligent personal assistant in the real world, Cortana is available on a wide array of digital platforms, including the Android and iOS mobile operating systems although both of those platforms are currently only operating beta versions of Cortana.

Unlike Apple, it appears that Microsoft has been developing plans to release a standalone speaker with Cortana to compete against Amazon’s Echo. The speaker, developed in partnership with a subsidiary of connected consumer tech firm Harman International (NYSE:HAR), should be released to consumers sometime this year. Also unlike Apple, and showing an affinity for the Alexa model, Microsoft announced last December that it would be releasing a software development kit (SDK) allowing third-party app developers to incorporate Cortana into their software, even allowing developers to repurpose code from any Alexa skills they may have built. A new Cortana feature announced in early February will analyze a user’s e-mails to generate suggested reminders of personal or business tasks.

Because Microsoft enjoys a strong position in the video game sector thanks to the Xbox, the 2017 Voice Report notes that Cortana has a unique opportunity to be very successful with video game technologies. Microsoft’s long-time focus on office productivity software should also give Cortana a leg up with e-mail, calendar and contact book software services. 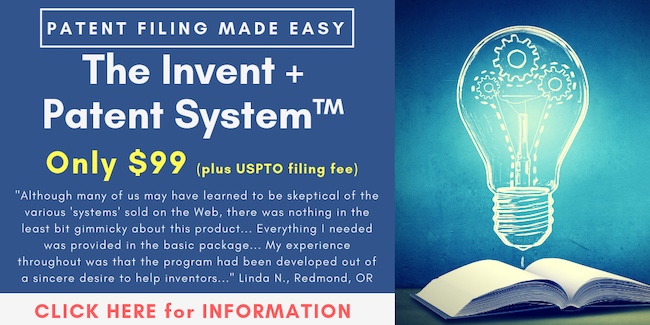 First released in July 2012, Google Now is the natural language user interface incorporated into much of Google’s software products, including the mobile Android and laptop Chrome operating systems. The intelligent personal assistant was first developed under the codename Majel, an homage to Gene Roddenberry’s wife Majel Barrett who voiced the computer system in the Star Trek franchise. Since then, the software’s name has become more amorphous than others in the field and a new generation known as Google Assistant will be able to engage in two-way dialogue with users.

The switch from Google Now to Google Assistant may be imminent. Recent media reports indicate that Google plans to pull its Now launcher from the Play Store in the weeks to come. Google doesn’t appear to be finished adding new features to the Google Now service, however. Online SEO publication Search Engine Journal reported in late February about the addition of new recipe suggestion cards in Google Now; “cards” are the name for the information windows which appear in the Google Now feed which provide information on movies, places, traffic, news topics and much more. However, it appears that Google Assistant is the default intelligent personal assistant that comes with Google’s new hardware products, including the Pixel smartphone, marking a major shift towards voice-controlled personal assistants in Google products.

The common theme of intelligent personal assistants excelling at the bread-and-butter of the core business of their tech parents continues with Google’s assistant. The 2017 Voice Report indicates that Google voice-controlled assistant, including those available through the Google Home smart speaker, should excel at web mining and answering general knowledge questions. This isn’t surprising given Google’s dominant position in web searches. E-mail, contact books and calendars are other areas where Google Assistant is expected to excel, all three of these already having been incorporated into Google’s Android mobile OS.