Supreme Court says laches is no defense to patent infringement 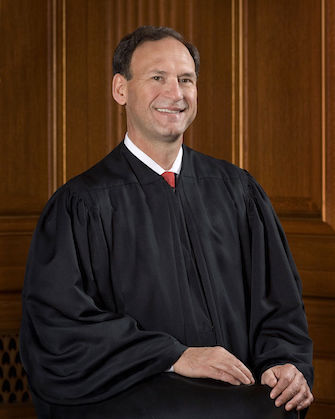 Yesterday, the United States Supreme Court issued its decision in SCA Hygiene Products Aktiebolag et al. v. First Quality Baby Products, LLC, et al. The case required the Court to determine whether the defense of laches remained a viable defense to patent infringement actions when the charge of patent infringement is brought during the six-year statute of limitations. As predicted by many, the Supreme Court found that the defense of laches is inappropriate for claims brought within the statute of limitations, the same ruling reached only several years ago with respect to laches as a defense in copyright infringement claims. See Petrella v. Metro-Goldwyn-Mayer, Inc., 572 U.S. ___ (2014).

The decision of the Supreme Court was not unanimous. The majority opinion was delivered by Justice Alito, who was joined by the Chief Justice, as well as Justices Kennedy, Thomas, Ginsburg, Sotomayor, and Kagan. A dissent was filed by Justice Breyer, who would have affirmed the Federal Circuit ruling finding that 35 U.S.C. 282 codified a laches defense without using the term “laches.” It was Justice Breyer’s belief that the codified defense of unenforceability allowed for a laches defense to patent infringement actions, explaining that in very old cases interpreting the common law laches was at times equated to unenforceability.

Still, this case was hardly difficult to predict. Justice Alito explained, in a rather exasperated way, that the Federal Circuit seemed to ignore previous Supreme Court pronouncements that laches could not be used as a defense to a claim brought during the statute of limitations period because those cases did not specifically deal with a claim of patent infringement. This gave Alito the opportunity to again lecture the Federal Circuit, this time by citing to Judge Hughes’ en banc dissent, which explained that patents and patent cases are not special, and that the law applies equally to patents and patent cases.

First Quality did make an interesting argument about the six-year statute of limitations for patent infringement actions not being a true statute of limitations because it counts backwards from the filing of the complaint rather than forward from the date of infringement. The importance of this nuance seemed completely missed on the majority. Only Justice Breyer really seemed to understand the importance of the argument. Of course, without a laches defense possible, a patent owner could lie in wait for infringement to become widespread and then sue for infringement seeking only the previous six-years worth of damages.

Although I doubt the Supreme Court really understands what they have done, the fact that laches cannot be used as a defense to a patent infringement action brought during the statute of limitations is most definitely a pro-patent decision. Presently patents are much weaker than they have been at any time over the last 36 years. But patent law has always swung like a pendulum, and this low point will not last forever. Thus, in the wake of the Supreme Court’s decision in SCA Hygiene, patent owners would do well to consider forgoing patent enforcement. Instead, allow infringement to accrue and then sue for infringement in several years when the law may be quite a bit more favorable. After all, patents can last for 20 years, the statute of limitations is six-years, and without a laches defense available to infringers you will be able to seek damages going back six years from whenever you choose to sue.

Aside from being pro-patent and limiting a defense available to infringers, several other things – or quotes really – caught my attention. First, in the majority opinion Justice Alito wrote: “[A]pplying laches within a limitations period specified by Congress would give judges a “legislation-overriding” role that is beyond the Judiciary’s power.” (Slip op., at 4)

The Supreme Court never seems to be bothered with “legislation-overriding” when they apply their extra-statutory requirements for patent eligibility. Indeed, 35 U.S.C. 101 specifically says that if a claim is directed to a machine, process, manufacture or composition of matter, the claim is patent eligible. But without any statutory support for doing so, or any support in the Constitution, the Supreme Court has added two additional inquiries through what they refer to as the Alice/Mayo framework. It is indeed interesting that the Supreme Court at times can so correctly understand the role of the Judiciary and at other times completely ignore separation of powers, ignore Congress and the statutes they pass and do whatever they want.

Second, in his dissent Justice Breyer wrote: “I would be more “cautious before adopting changes that disrupt the settled expectations of the inventing community.” Festo Corp. v. Shoketsu Kinzoku Kogyo Kabushiki Co., 535 U. S. 722, 739 (2002).” (Breyer dissent, at 11)

Settled expectations meant absolutely nothing to Justice Breyer, or any of the other Justices of the Supreme Court, when they decided AMP v. Myriad Genetics. While the Supreme Court clings to the fiction that Myriad did not overrule Diamond v. Ckakrabarty, there is simply no way to interpret Myriad in any other way than overruling the settled expectations that had been understood by the industry for over 30 years. The ruling in Chakrabarty was that the touchstone for patent eligibility was human intervention. Even though the Supreme Court admitted in Myriad that the claimed subject matter did not exist in nature it was still, nevertheless, invalidated under the law of nature doctrine.

Furthermore, in Mayo v. Prometheus, the Supreme Court flat out ignored the entire statutory scheme enacted by Congress and relied upon by the industry since 1952. The Court also overruled Diamond v. Diehr, at least to the extent that in Diehr then Associate Justice Rehnquist explained that novelty is inappropriate to consider under 35 U.S.C. 101 despite the fact that the word “new” appears in 101. Again clinging to the fiction that no precedent was overruled, in Mayo the Supreme Court intentionally conflated novelty and obviousness with patent eligibility, requiring that decision makers consider whether conventional items are added to claims and proclaiming that the addition of conventional, known steps cannot render a claim patent eligible. Of course, whether something is conventional is an inquiry under 35 U.S.C. 102 and 103, not 101. Even worse, whether something is conventional is now asked absent the application of prior art, apparently divining that knowledge from some higher authority. See Mayo v. Prometheus: A lawless decision by an omnipotent Court.

Indeed, those two quotes from Justice Alito and Justice Breyer are as frustrating as they are comical. Clearly, the Supreme Court is as out of touch with reality as they are with their own precedent.