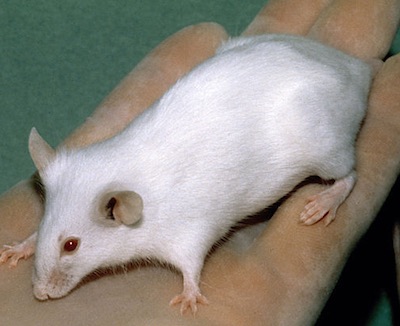 A recent article published by the international scientific journal Nature notes that on Tuesday, March 21st, a pre-trial hearing will take place in a case involving patent infringement claims targeting the sale of mice having mutated genes which make them useful for research into Alzheimer’s disease. While Nature’s coverage of the case indicates no small amount of bias in favor of the defendant, the original filed complaint alleges that the U.S. government funded a research laboratory that knowingly committed infringement of the asserted patent for a period of four years. 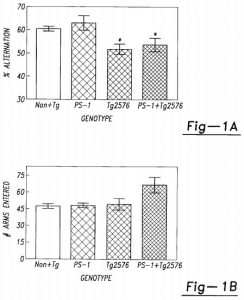 The original complaint filed in University of South Florida Board of Trustees v. The Jackson Laboratory, which is in the U.S. District Court for the Middle District of Florida (M.D. Fla.), asserts a single patent: U.S. Patent No. 5898094, entitled Transgenic Mice Expressing APPK670N, M671L and a Mutant Presenilin Transgenes. Issued in April 1999, it protects a transgenic mouse with enhanced Alzheimer’s disease-related amyloid accumulation in its brain produced by selecting the offspring of two mice, one expressing the mutant presenilin encoded in its genes and the other expressing the APPK670N, M671L genetic sequence; this results in a mouse that develops accelerated deposition of amyloid beta in a period of weeks rather than nine months.

A few mistakes in Nature’s coverage of this patent suit probably deserve some correction at this point. First, Nature reports that USF is suing Jackson Laboratory and the federal government, but that’s not entirely true; Jackson Lab is the only defendant listed in the lawsuit. It’s true that the suit does discuss the federal government’s role in the infringement and leaves open the possibility that USF could seek compensation from them. The government’s involvement in this case stems from a cooperative agreement forged between Jackson Lab and the National Institutes of Health (NIH) in December 2009, which established a Mutant Mouse Regional Resource Center (MMRRC) and included a provision that the U.S. government “authorizes and consents to all use and manufacture of any invention described in and covered by a United States patent in the performance of this Cooperative Agreement at all tiers.” The U.S., through the NIH, also authorized and consented to all use and manufacture of inventions covered by U.S. patents in the performance of funding agreements between the government and Jackson Lab.

USF’s complaint does indicate that the university planned to take action against the U.S. government in the U.S. Court of Federal Claims (Fed. Cl.). However, a search of USF actions in Fed. Cl. through the official search site for Fed. Cl., as well as a search using FindLaw’s Fed. Cl. search database, found no actions filed by USF. So it appears that USF hasn’t pursued its claims against the U.S. government, at least not yet.

Nature goes further in its disdain of USF’s legal activity, equating the suit to a “zombie” resurrected from a similar action filed in 2010 by the Alzheimer’s Institute of America (AIA) against Jackson Laboratory. Nature reports that the suit was dropped after the federal government stepped into the case because of its contractual agreements with Jackson Lab. The fact that Jackson Lab has been sued twice for patent infringement caused by the same activity, however, is a good indicator that it might actually be involved in some form of infringement. Of course, it might not be involved  in infringing activities, depending on how the case is adjudicated in the federal courts, but the lawsuit is no zombie resurrected from a legal graveyard if Jackson Lab’s patent infringement has been alive and well this entire time.