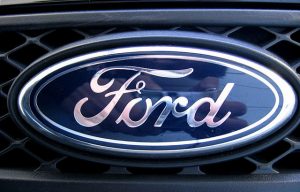 In a surprisingly restrained decision, the Patent Trial and Appeal Board (PTAB) released a decision denying institution of a covered business method (CBM) review proceeding on a patent that is tangentially related to financial activity. The denied CBM was petitioned by Dearborn, MI-based automaker Ford Motor Company (NYSE:F) against a patent covering a product configuration software product and held by Austin, TX-based enterprise software company Versata Development Group. 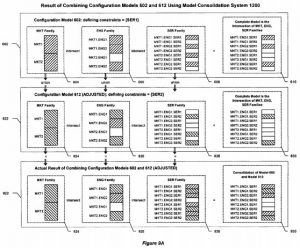 The patent challenged by Ford’s CBM petition was U.S. Patent No. 7739080, titled Consolidation of Product Data Models. It claims a method of using a computer system to consolidate multiple configuration models of a product in such a way that users are allowed to combine features from multiple configuration models of a product into a single product and removing any features which are detected to be incompatible. The patent does note that it enables users to select features from different families of automotive components, such as seats, engines and tires, and families of regional markets, such as either the United States or Europe, to build a consolidated automobile model.

These arguments did not sway the administrative patent judges (APJs) at PTAB. Citing the U.S. Court of Appeals for the Federal Circuit’s (Fed. Cir.) 2016 decision in Unwired Planet, LLC v. Google Inc., the PTAB APJs recognized that the scope of what constitutes a CBM patent is limited: “Petitioner’s arguments made in its Petition are not persuasive because the arguments are based on the incorrect ‘incidental to’ or ‘complementary to’ language stemming from the AIA legislative history that was rejected by the Federal Circuit in Unwired Planet.” Although the specification of the ‘080 patent indicates that the invention has applications in financial services, the claims themselves are not directed to the practice, administration or management of a financial product or service.

This is not the first PTAB proceeding for which Ford has petitioned to challenge patents held by Versata. According to the search database available through PTAB End to End (E2E), Ford has filed two CBM petitions and 12 inter partes review (IPR) petitions against Versata patents; the other CBM review is pending, and seven of those IPRs have been denied institution, the other five are pending. In the lawsuit from which at least the ‘080 CBM petition stems, Versata accused Ford of engaging in delay tactics in order to avoid charges for breaking a licensing agreement between the two companies extending as far back as 1998:

“Ford is so desperate to avoid liability for this misconduct that it took the extraordinary step of suing itself in Michigan to secure hometown venue. Ford filed a placeholder action under seal on February 19, 2015. But, to date, Ford has not served this action. This delay tactic strongly indicates that Ford wants to delay resolution of its dispute with Versata until it can reduce or eliminate its reliance on Versata’s software.”