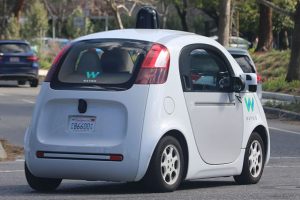 “Waymo Self-Driving Car on the Road in Mountain View” by Grendelkhan. Licensed under CC BY-SA 4.0.

The amended complaint filed by Waymo against Uber asserts claims from four patents held by Waymo. The patents-in-suit include: 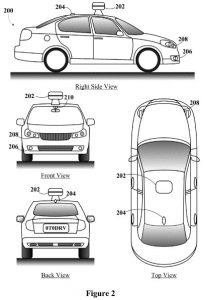 Waymo’s allegations stem from an email containing diagrams of a LIDAR board marketed by Uber which was inadvertently sent to Waymo. Similarities between this circuit board and Waymo’s own LIDAR devices led the company to allege that Anthony Levandowski, a former Waymo manager who left the company to found the self-driving freight transport company Otto, downloaded more than 14,000 confidential files from Waymo’s design server, before resigning from Waymo. Levandowski publicly launched Otto last May and the company was acquired by Uber in August for a reported $680 million.

Waymo’s suit includes counts of infringement for each of the four patents asserted in the case. The suit also includes counts for violations of the Defend Trade Secrets Act and state claims for violations of the California Uniform Trade Secret Act. Waymo is seeking preliminary and permanent injunctions, damages for patent infringement including trebled damages for infringement of the ‘922, ‘464 and ‘273 patents and punitive damages among other forms of relief.