Al Capone and Qualcomm: Why Section 5 of FTCA should not be a fallback to challenge conduct actionable under the Sherman Act 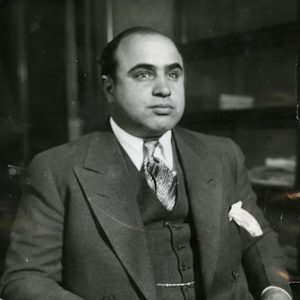 In October 1931, the United States Department of Justice indicted and obtained the conviction of the notorious gangster, Al Capone, on charges of tax evasion.  The federal government elected to prosecute Capone on tax evasion charges presumably because it perceived the evidentiary burden of proving any of the more egregious crimes, such as bootlegging, corruption, trafficking, and murder, that Capone allegedly committed was too great.

Last month, after a multi-year antitrust investigation, the United States Federal Trade Commission filed a complaint in federal district court charging Qualcomm with using anticompetitive business practices in violation of Section 5 of the Federal Trade Commission Act.  The FTC’s decision to charge Qualcomm with violating Section 5 of the FTC Act, in lieu of alleging that Qualcomm’s conduct violated the Sherman Act appears to be the tactical equivalent of the government’s 1930’s decision to pursue Capone for tax evasion.

The FTC’s 32-page complaint describes or alleges that Qualcomm is a monopolist no less than 18 times, but the FTC never alleges in the complaint that Qualcomm violated Section 2 of the Sherman Act, the express purpose of which is to prohibit unlawful monopolization.  The FTC could have elected to prosecute its case against Qualcomm as a standalone Section 2 action, or to allege Qualcomm’s conduct violated both the FTC Act and the Sherman Act.  The government did neither; instead, it brought its case against Qualcomm as a standalone Section 5 case.

Unlike in the prosecution of Al Capone, where the central objectives were to ensure that Capone was imprisoned for a lengthy sentence as punishment for his alleged crimes and removed as the leader of organized crime in Chicago, there are broader policy considerations that were not given sufficient weight in the FTC’s decision to pursue Qualcomm only under Section 5 of the FTC Act.

The Qualcomm case includes allegations of at least two commercial practices that warrant greater development of Section 2 case law.  First, the FTC alleges that Qualcomm tied the sale of its baseband modem chips to a customer acquiescing to accepting a license to Qualcomm’s standard essential patents on terms favorable to Qualcomm.  The FTC pithily refers to this practice as Qualcomm’s “no license, no chips” policy.  Second, the FTC at least intimates strongly that Qualcomm would not license its standard essential patents to industry participants in a fair, reasonable, and non-discriminatory basis, despite having made a contractual commitment to do so as a condition precedent to having Qualcomm intellectual property incorporated into industry-wide wireless standards.

If the FTC’s factual allegations concerning Qualcomm’s tactics are accurate, and there also is quantifiable evidence of anticompetitive effects, the FTC should have abided its own 2015 policy statement and charged Qualcomm with a violation of Section 2 of the Sherman Act, in addition to (or instead of) a violation of Section 5 of the FTC Act.  As a result of the FTC’s strategic decision not to at least include a Section 2 claim in its enforcement action against Qualcomm, the FTC has abdicated its responsibility to enforce the Sherman Act. Indeed, the FTC in the 2015 policy statement professes to adhere to the principle that it is less likely to bring a standalone Section 5 claim if the Sherman or Clayton Acts would be sufficient to address the allegedly anticompetitive practice. Further, the legal and business communities were deprived of the opportunity to develop further case law and perhaps even obtain Supreme  Court resolution on Section 2’s application to the controversial practices of above-cost tying as well as the rights and obligations of a monopolist to license intellectual property in the context of a standard setting organization FRAND commitment.

These questions currently are being debated fiercely in lower courts, scholarship, and policy statements. For example, the Third Circuit’s holding in LePage’s that above-cost tying can violate Section 2 when implemented by a monopolist due to foreclosure effects failed to include a specific standard for evaluating when a bundled rebate is unreasonably exclusionary, and other circuits, such as the Ninth in Cascade Health Solutions, have declined to find above-cost tying to be a violation of Section 2. The relevance of a FRAND commitment to a Section 2 challenge to an SEP holder’s license terms is similarly unsettled. Add this uncertainty to the complex, fact-specific royalty-setting inquiry called for by Georgia-Pacific, and the result is a lack of bright-line guidance. At least as alleged, the issues were presented cleanly in the Qualcomm investigation and the FTC’s decision to omit a Section 2 claim on the facts alleged at best appears to be a missed opportunity and at worst approaches nonfeasance.

In light of these circumstances, if the FTC opted to pursue Qualcomm under the more amorphous and ill-defined standards of Section 5 of the FTC Act because it perceived that it would struggle to prove the factual and competitive effects alleged against Qualcomm adequately to obtain a verdict under Sherman Act standards, the Commissioners who voted to sue Qualcomm should ashamed.  As commentators have expressed in the context of other Section 5 cases and the FTC’s 2015 policy statement endorsed, Section 5 should not be used as a fallback device to challenge conduct actionable under the Sherman Act, but where the enforcement agency is unable or unwilling to meet the evidentiary rigor required by case law under the Sherman Act.  Instead, the proper use of standalone Section 5 claims is in the context of conduct that is outside the scope of the Sherman Act (e.g., invitation to collude).

Thomas Ensign is a Partner with Freshfields Bruckhaus Deringer‘s antitrust, competition and trade practice. He regularly appears before the Department of Justice and the Federal Trade Commission (FTC) and often represents clients [...see more]