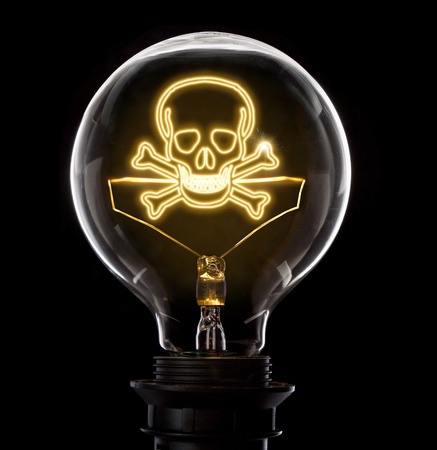 Mossberg’s column asks a simple question: Is it a good thing to have a small group of companies with so great a hold over the consumer tech market? The answers Mossberg comes up with speak to a major issue of efficient infringement practiced by the top companies in the consumer tech space, more proof of the old maxim that absolute power corrupts absolutely.

“To be clear, I’m not alleging that the Gang of Five is colluding with each other to fix prices, or to actively suppress innovation; or to do anything illegal,” Mossberg writes. “But I do think that their enduring and growing power casts a shadow over the Silicon Valley legend that there are lots of great new consumer tech innovations being incubated right now in garages or dorm rooms somewhere that will be taken all the way to becoming great companies, the way each of the Gang of Five was.”

Mossberg may not see any reasons to hurl allegations of illegal activity, but there is a very interesting section where he notes that the Gang of Five engages in business operations which are the hallmark of efficient infringement:

“Another way in which the Gang, with its legions of engineers, extends its power is by aping the features of other tech companies’ products, and incorporating them into a platform. Two recent examples: Facebook’s Instagram launched a “stories’ features that works a lot like Snapchat’s. Amazon’s Twitch appears to be creating a service that operates like Twitter.

And, for many smaller companies, especially makers of apps, hardware accessories and services, it’s necessary to either pay some form of tax to one of these platform owners or to abide by rules they set and can change at any time. That stifles innovation.”

That, right there, perfectly demonstrates efficient infringement and its effects in a nutshell. Innovators today patent their technologies in the hopes of licensing to a tech company but recent legislation from Congress, most notably in the form of the America Invents Act of 2011 (AIA), has increased the difficulties of asserting patent rights. In this environment, it becomes economically viable for a large company to simply copy what it can from available technologies it hasn’t developed instead of actually licensing that technology. That’s why Facebook’s Instagram can copy Snapchat’s stories feature without having to acknowledge that Snapchat developed it first, or why Amazon’s Twitch can offer live-streaming television without licensing such technology through Twitter, who unveiled it first (not that Twitter has been all that successful in building its own patent portfolio, however). Try to assert a patent covering the technology being copied and the Gang of Five will simply petition the Patent Trial and Appeal Board (PTAB), dragging the patent through an inter partes review proceeding and deveining it of any useful subject matter if the proceedings are instituted.

Mossberg’s comments also speak to the perils of being a smaller player in the consumer tech sector and the fealty that must be paid to the Gang of Five just to gain any consumer notice. Software application developers have to work with Apple or Google just to be listed in an app store and then partner with a cloud provider like Amazon or Microsoft to scale up, so it’s not as if the Gang of Five isn’t intimately aware of the most popular programs for consumers. Software developers further have to contend with the ramifications of the U.S. Supreme Court’s June 2014 decision in Alice Corp. v. CLS Bank International, which has cast a pall over the patentability of anything even tangentially related to software, including MRI machines if you can believe it, so if they assert a software patent it unleashes a slew of Alice validity challenges at district court and even at PTAB if the patent has anything to do with financial services, which the PTAB interprets very broadly.

Even when a patent is clearly directed at a hardware innovation, though, consumer tech innovators are still subject to the issue of efficient infringement given that Amazon is both an e-commerce giant and a consumer tech developer. If a smart speaker that includes a facial recognition technology does well on Amazon’s retail platform, it makes all the sense in the world to Amazon to take that feature and work it into its own commercially successful product, such as the Echo speaker.

Efficient infringement is the cause of much distress and agony for innovators struggling to survive. The very existence of widespread efficient infringement, which is nothing more than stealing, absolutely stifles innovation. Mossberg is exactly correct.