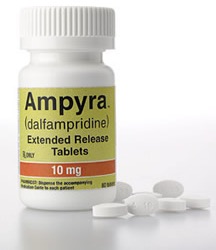 ADORCA’s IPR petitions, first filed in September 2015, alleged that claims of the four patents were rendered obvious in light of a few pieces of prior art. These include an article published by Clinical Neuropharmacology in September 2003 on the effects of clinical trials involving the administration of 4-aminopyridine, also known as fampridine. ADORCA also presented a 2001 article published in the International Journal of Pharmaceutics which it argued taught the preparation of an oral capsule with 4-aminopyridine and a rate of release controlling polymer. An S-1 filed by Acorda with the U.S. Securities and Exchange Commission, also from September 2003, which included information on clinical trials of its MS treatment was also presented as prior art by ADORCA.

The recent final written decision delivered by the PTAB’s ALJs found that ADORCA’s evidence did not demonstrate unpatentability of any of the challenged Acorda claims. The ALJs determined that Acorda’s S-1 filing did not qualify as prior art because it was an original work of the inventors. This finding undermined challenges based not only on the S-1 filing alone but also those claims which were challenged on grounds of obviousness based on the S-1 filing in conjunction with the other prior art.

Ampyra has been an important and growing part of Acorda’s pharmaceutical lineup so PTAB’s decision to uphold patent claims covering the treatment must be a turn of events which the company would welcome. Net sales of Ampyra 10 mg extended release tablets in 2016 were $493 million, a 13 percent increase from Ampyra’s net sales in 2015. A reported 10 abbreviated new drug applications (ANDAs) filed with the FDA are seeking approval to sell generic versions of Ampyra, four of which continue to be litigated in U.S. district court over claims of patent infringement brought by Acorda.