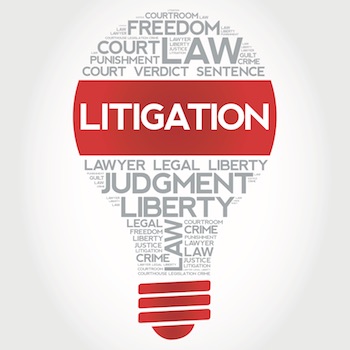 On Thursday, March 2nd, legal data analytics firm Lex Machina released its fourth annual Patent Litigation Year in Review report which provides some intriguing findings on the landscape of patent cases in the United States over the past 12 months. While other recent Lex Machina reports have already noted that patent litigation levels fell 22 percent between 2015 and 2016, this latest study provides a more detailed look into patent cases filed and/or terminating in the U.S. court system. 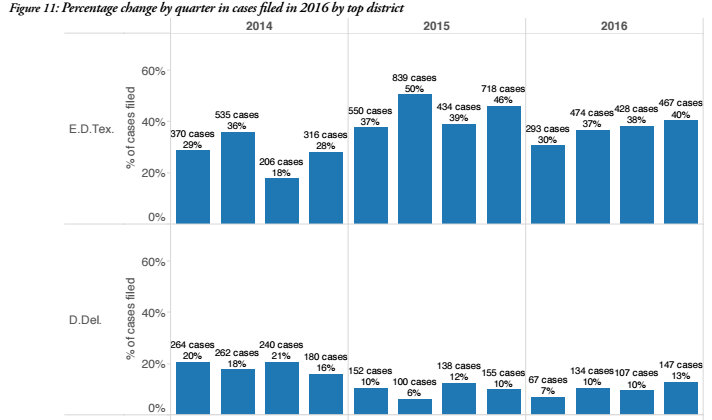 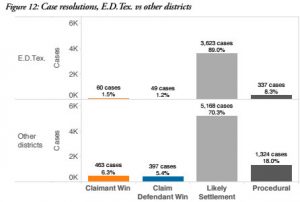 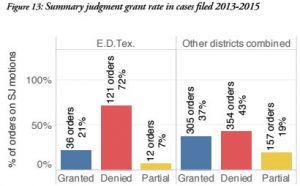 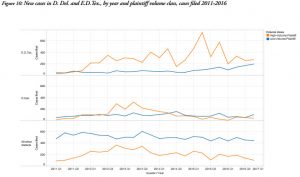 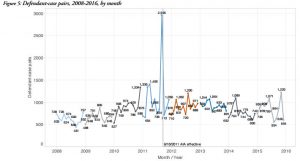 The other aspect of patent litigation activity in the U.S. which the recent Lex Machina report makes clear is that patent case filing activity is very sensitive to any legislative or judicial changes to the system, even just proposed ones. One very telling indicator of this is a graph looking at the number of cases filed between 2008 and 2016 in terms of defendant-case pairs. This graph looks at the number of cases filed in terms of how many defendants are listed in a case, providing a better comparison of litigation levels prior to the America Invents Act of 2011 (AIA), which established joinder provisions preventing a single plaintiff from suing multiple defendants in a single case, to litigation after AIA was enacted. Looking at the data in this way shows that case filing activity was not significantly altered by AIA; plaintiffs went after about as many defendants prior to AIA enactment as they did post-AIA, even if the joinder provisions artificially inflate the number of patent cases filed after AIA. There’s only one major spike in this graph of more than 2,900 defendant-case pairs in September 2011, the month during which AIA provisions were enacted; no other single month between 2008 and 2016 saw anything much greater than 1,400 defendant-case pairs.

This last point is one that has been corroborated by previous Lex Machina reports on U.S. patent litigation. Spikes in patent litigation have closely preceded other important changes to the country’s patent system, such as a spike of 600 patent infringement cases from high-volume plaintiffs coming in the same quarter that Form 18, which was used to plead patent infringement claims in U.S. district court, was abolished in November 2015. A spike of 688 patent infringement suits filed in April 2014 followed closely after a draft of an informally proposed Congressional amendment on fee shifting provisions was leaked. All of this suggests that patent infringement case activity is highly sensitive to even proposed changes and that much of that heightened activity comes from high-volume plaintiffs which are paying close attention to how the U.S. patent system works.

Other key findings from the Lex Machina report include the fact that South Korean consumer electronics giant Samsung (KRX:005930) was sued most often as a defendant in patent infringement cases filed during 2016 ahead of fellow Korean consumer tech firm LG Electronics (KRX:066570) and American consumer tech developer Apple Inc. (NASDAQ:AAPL) Much of the rest of the top ten patent defendants includes tech and pharmaceutical companies. 14 of the top 15 plaintiffs filing the most patent infringement cases in 2016 were what the Lex Machina report calls “patent monetization entities,” a term chosen to encompass all non-operating companies including non-practicing entities (NPEs) and patent assertion entities (PAEs). Also, compensatory damages are very low in patent infringement case outcomes and have only been awarded in 1.8 percent of terminated cases which have been filed since 2000.