“Corporations in their quest to eliminate all patent challenges by delegitimizing the entire patent system have created this crisis… inventors will be silenced and innovation will suffer.” 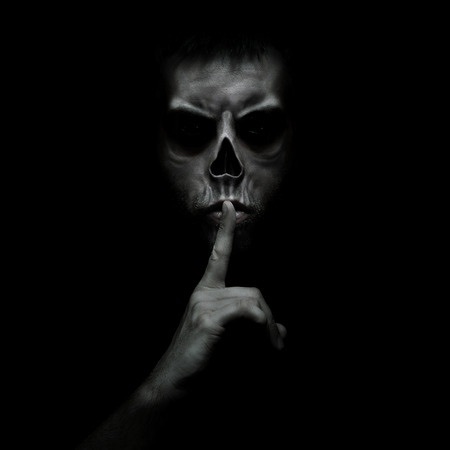 Over fifty years ago, Rachel Carson shocked the world, our government, and several large corporations, with her publication Silent Spring.  She demonstrated that the zealous quest of big industry to wantonly use pesticides had deleterious implications, insidious side-effects of contamination of the ecosystem.  Her book created a new dialogue and serious questioning of the benevolence of corporations to society.

Today, we face another crisis, one that is more abstract in nature, but just as insidious to our very wellbeing.  Just as our ecosystem is a fine balance of many factors, many competing with each other, the inventive process is just as delicate.  In our increasingly complex world, inventors conceive of new gadgets and new ways of doing things.  Most of these innovators are individuals at small companies, and their idea is key to the company’s growth.  These inventors file patents and endure the gauntlet of requirements of the U.S. Patent Office to get their patents, which often represent the entire value of the burgeoning company.

Unfortunately, due to the actions of some of the large corporations, the value of these patent assets has diminished greatly over the past decade, along with the survival of many small companies relying on those patents for protection against rampant copying.  Sadly, the quintessential American inventor, building a better mouse trap or now an app, has now been effectively cut off from the advantages of their patented inventions, while corporations take whatever they want.  Of course, not all corporations engage in this destructive behavior, euphemistically and derisively called “efficient infringement,” but some are especially influential in manipulating Congress and the patent system to their own ends, and even demonizing the small inventor community for daring to compete.

Large corporations in particular have capitalized on the so-called “patent troll” threat to better silence inventors under the guise of necessary reform, bamboozling Congress into broad patent reform.  The term “patent troll” was coined by an executive at a large corporation to pejoratively describe anyone who had the audacity to sue them, and the moniker stuck.  The intended consequence of the patent reform legislation and ongoing lobbying has been to curtail small inventors’ access to the advantages of the patent system, thereby allowing corporations to make, use and sell others’ patented ideas with zero royalties or payments.  Corporate lobbyists, in the tradition of George Orwell, did not inform Congress as to these motives, and instead have collectively labeled all small inventors evil trolls, thereby discrediting and deconstructing all inventors into greedy people with lame ideas.

Little known in the press (and to Congress) is that, in addition to the few bad actors out there, the term “patent troll” includes all individual inventors, small companies, universities and anyone else (even another large corporation) trying to enforce their Constitutional rights.

Thus, small players with a new idea and patents are not taken seriously by most large corporations when approached for a license.  The majority of individual inventors do not have the ability to take on large corporations and enforce patent rights against them, i.e., stop the infringement.  Instead of cooperating with the small inventor community, most corporations now just take private innovations and have a “sue me” attitude.  To best protect the bottom line, it is easier to steal than to pay a royalty.

Inventors are thus forced to sell or license their patents to others who can bring the fight to the corporations.  These companies, created to better leverage patents so purchased, then approach the large corporations on behalf of the small inventor community.  A tiny percentage of these companies push the limits and abuse the system, and these very few are the actual trolls.  Nonetheless, even these actual patent trolls are but a side effect of the pernicious corporate undermining of the entire patent system, changing the patent environment and heavily tilting the playing field in their favor.

With legitimate innovators being lumped in with the few bad actors, the press promotes the fiction of the patent system being out of control.  Since just a few of the birds are dying, there is little reason for alarm or need to disrupt the corporate party line.

Congress heeded the call of the corporations to stop the trolls from pestering big industry, and passed the America Invents Act in 2011, which has further silenced the small inventor community, who are now living the nightmare of the AIA.  Whereas in the federal court system patents had some significant advantages, under the AIA patents can now be challenged easily and incessantly through the administrative courts at the U.S. Patent & Trademark Office.  Whereas in federal court a patent is presumed valid and only invalidated by a high evidentiary standard, the USPTO courts invalidate by a mere preponderance of the evidence standard, a significantly lower threshold.

Corporations can now repeatedly challenge any patent through these proceedings, casting a cloud on any patent, thereby undermining the value of all patents.  Just as a house with a questionable title is risky, now all patents are deemed risky by investors.  Since any patent can be easily challenged, even on frivolous or repetitive grounds, the values of patent portfolios have diminished precipitously.  Small companies and individuals now have great difficulty obtaining funding, compromising their survival.  The presumption of validity standard is but a memory.  This pestilential cloud of doubt over the entire patent system envelopes us all and undercuts future innovation.

Patent systems have been shown to benefit society by giving inventors a short term exclusive right on their invention, which is later granted to the community.  America has especially benefited by a wealth of inventors.  Indeed, these private rights help the many by releasing the invention into commerce more quickly, allowing others to use it (under a license) and improve upon it.  Eric Schmidt of Google said that true innovation does not come from the corporations, but from the “crazy person” or “graduate student.”  However, the present challenges to such inventors are jeopardizing the ability of these “crazy” people to partake in the patent system and also benefit society.

Just as in Silent Spring, where the healthy ecosystem was corrupted by DDT and other contaminates, the stability of our patent system is dangerously out of balance.  Individual inventors, not just corporations, should be able to benefit from the fruits of the inventive mind.  The limited private right of a patent is a necessary reward to fuel innovation, something recognized in the Constitution and by both President Washington and President Lincoln.  Corporations in their quest to eliminate all patent challenges by delegitimizing the entire patent system have created this crisis, all to protect their bottom line and thwart competition.  In time, just as the birds in Carson’s book, inventors will be silenced and innovation will suffer.

Raymond Van Dyke Raymond Van Dyke is an Attorney and Educator. In his practice at Van Dyke IP Law, he helps a variety of clients in their IP matters. He specializes in patent, [...see more]