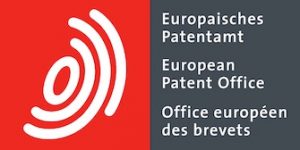 “The 2016 results confirm Europe’s attractiveness as a leading global marketplace for innovation,” said EPO President Benoît Battistelli. “In a rapidly changing technology landscape, companies from around the world have kept up their demand for patent protection in Europe. While we see impressive growth in applications from Asia, European companies maintain their role as drivers of innovation and economic growth in their home market, and are proving their resilience in the face of unsettled economic conditions.”

Engines, Pumps, Turbines technology field with strongest growth from US

Within the 10 most important technology fields, applications from the US grew strongest in Engines, Pumps, Turbines (+8%), where many patent applications in clean energies are filed.

Philips filed the most patent applications at the EPO in 2016, the second year running. Huawei was the new No. 2 (moving up from 11th in just three years), followed by Samsung, LG and United Technologies. The top 10 was made up of four companies from Europe, three from the US, two from Korea and one from China (Fig.: Top 10 applicants in 2016).

For detailed statistics, and a report on activities in 2016, see the EPO’s annual report at: www.epo.org/annual-report2016

With more than 7,000 staff, the European Patent Office (EPO) is one of the largest public service institutions in Europe. Its headquarters are in Munich and it also has offices in Berlin, Brussels, The Hague and Vienna. The EPO was founded with the aim of strengthening co-operation on patents in Europe. Through the EPO’s centralized patent granting procedure, inventors are able to obtain high-quality patent protection in the 38 member states of the European Patent Organization. The EPO is also the world’s leading authority in patent information and patent searching.