Flexible problem-solution analysis for drafters with Europe in mind 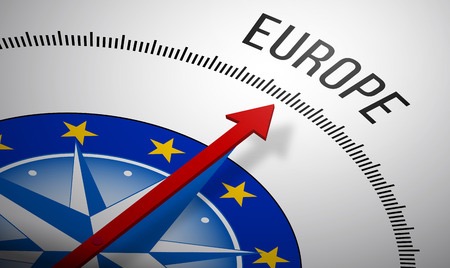 Rule 42(1)(c)EPC / Rule 5.1(a)(iii) PCT provide a legal basis for the problem-solution paradigm in the context of patent drafting, namely that the invention as claimed must be disclosed in such terms that the technical problem, even if not expressly stated as such, and its solution can be understood. This implies the axiom that all inventions can be expressed in terms of a solution to a technical problem.

These Rules also provide a recommended way of formatting European and PCT applications. The same format is acceptable for US patent applications and is recommended if you have an extension to Europe in mind.

One traditional drafting approach was to concentrate first on identifying novelty, then address inventive step at a later stage either when finalizing the draft patent application, or only when confronted with the issue during prosecution. Problem-solution analysis was left to the end, long after the claims were drafted. Nowadays, many drafters address problem-solution upfront as one of the first issues in their dialogue with inventors. Numerous scientists think in terms of technical problems and solutions, leading to a fruitful dialogue.

Using problem-solution analysis as a starter for drafting can lead to the following thought sequence, that helps to identify the inventive concept and claim it broadly:

The drafter is sometimes confronted with a finished product that has emerged without resulting from a solution to a problem, and has to determine if anything can be patented. Here, the main job is to identify what problem the product has solved. This involves a search to unearth the closest prior art over which a problem can be defined. Such cases could be referred to as “solution inventions” because the client/inventor supplies the solution, and the drafter finds the problem it solved. In drafting nowadays, it can be crucial to identify a problem that has been solved.

The EPO uses its problem-and-solution approach in a restricted way in the assessment of inventive step during examination once the claim is settled. The official approach is to take as the starting point the closest single item of prior art known at that stage, for expressing the invention in terms of the “objective problem” solved by the skilled person in going from this closest prior art to the then-claimed invention, i.e. in achieving the technical contribution of the invention.

As mentioned, a good starting point when drafting is to determine what problem is solved/advantage is achieved and what features solve the problem/attain the advantage? This will lead to a problem-solution presentation that later can be adapted to the official problem-and-solution approach. The practical approach to problem-solution in the preliminary stages of drafting has to be flexible because there is no single closest prior art and the claim wording is not fixed. By addressing all potential distinguishing features in terms of their associated advantages/effects, you can lay a foundation for passing the problem-and-solution test later.

If the contribution is technical but totally backward and regressive (performs worse than the prior art in all respects) it may be difficult to portray the invention as a solution to a problem. However, even backward steps can be expressed as a problem-solution and may be patentable, if non-obvious. There is no requirement for “technical advance” in the EPC in the sense of an improvement. Instead, technical advance can be expressed as a technical difference of the later invention over the earlier prior art. According to the problem-and-solution approach, if the claimed subject matter is novel it always solves a technical problem. If a claim is novel it makes a technical contribution. The claimed subject matter can then always be expressed in terms of the solution of a technical problem.

By associating a technical difference with an effect/advantage, achieving this effect (going from the prior art to the claimed invention) can be expressed as a problem solved by the invention. The trick is to express the problem so that the solution is seen to achieve a desirable result, for example:

US-style “objects of the invention” can mostly be converted into EPO-style statements of problem.

It is not necessary to inflate the problem or exaggerate the advantages of the solution. The problem should be exactly commensurate with the technical effect actually achieved with the differentiating feature(s) of the claim.

Based on the statement: “even if not expressly stated as such” in Rule 42(1)(c)EPC / Rule 5(1)(a)(iii)PCT, it is not compulsory to elaborate on this problem in the description as filed. However, before a patent can be granted it is necessary that the invention can be reduced to a problem-solution format over the closest prior art. This is reflected in the EPO “Votum for Grant” form that is filled up by the primary examiner before acceptance. The Votum uses a problem-solution format. Therefore it is good to have support in the originally-filed description for whatever may turn out to be the “objective” problem, i.e. usually by a statement of advantages or effects associated with potential distinguishing feature(s).

There has been a trend in the way of expressing the problem. Formerly, emphasis was placed on overcoming a disadvantage of the prior art. The current trend is to express the problem in terms of an effect or advantage obtained by the claimed invention. This is convenient from a drafting perspective because it is easier to develop and describe advantages of the known invention than it is to imagine and express disadvantages of as-yet unknown prior art.

Be aware however that statements of problem can be turned against patentability by an examiner/opponent who shows that the problem and its solution were known from the prior art.

The EPO Guidelines G-VII 5.2 states that, to avoid an ex post facto view being taken of inventive activity, the objective problem must not be so formulated as to contain pointers to the technical solution. As general guidance, a convenient expedient in order to avoid pointers to the solution is to generalise the problem. To give an example, where the invention is a burger with onion rings that provide a nice onion taste, the objective problem will not be “to provide a burger with onion taste” but, for instance, “to provide a tastier burger”.

Some practitioners do not include in the description a statement of the problem solved, or do this only in cases where they are confident that closer prior art will not be cited. The latter would be the case for instance when the search report is already available and close prior art is known, or in EQE drafting conditions. Also, it is advisable not to put in definitive statements in such a way as to make various integers essential to solving an initial problem, when later it may be desirable to remove them if the emphasis of the problem changes.

If it turns out that the claimed invention does not solve the problem as postulated, it becomes necessary to reformulate a less ambitious problem which is typically expressed as providing an equivalent, instead of achieving an advantage. When the problem is “geared down” in this way, this could lead either to a finding of obviousness, or it could lead to a finding of inventive step. Examiners frequently attempt to gear down the problem as a prelude to refusal. However, refusal is not the only possible issue. If the alternative solution is not obvious, it’s inventive.

In all cases, as stated at the outset, patent drafters aiming for protection in Europe directly or via PCT need to cultivate a flexible attitude to problem-solution for analyzing, describing and claiming inventions, and for defending patentability when the problem-and-solution approach comes in.

A fuller analysis of problem-solution and the problem-and-solution approach in European claim drafting practice is given in the 2-volume book Drafting & Amending European Patents available from www.shopmybooks.com and key in “patent drafting”. You have to purchase each volume separately and they will be sent together.

Brian Cronin is a British Chartered Patent Attorney and European Patent Attorney with over 45 years experience, having a technical background in physics and physical chemistry. His practice Cronin Intellectual Property is [...see more]