The PTAB is a thoroughly broken tribunal incapable of being fixed 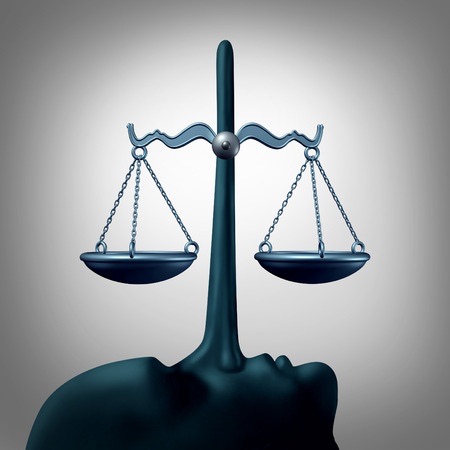 If doubt remained that the PTAB is a thoroughly broken tribunal incapable of redemption or fixing that doubt has to now be completely erased.  Last week the Patent Trial and Appeal Board (PTAB) of the United States Patent and Trademark Office (USPTO) continued on a path that can only be described as the concerted harassment of Trading Technologies International, Inc. How much longer do we need to suffer the indignity of this rogue tribunal?

According to Section 18 of the America Invents Act (AIA), the USPTO may institute a covered business method patent challenge to review method claims for performing data processing or other operations used in the practice, administration, or management of a financial product or service. Specifically excluded from the definition of covered business method patents are those that relate to technological inventions. See 37 C.F.R. 42.301(a). To determine whether a patent is for a technological invention the PTAB is supposed to consider whether the claimed subject matter recites a technological feature that is novel and unobvious over the prior art; and solves a technical problem using a technical solution. See 37 C.F.R. 42.301(b).

The legislative history confirms that the entire point of CBM review was to provide an extraordinary post-grant review proceeding for business method patents because Congress believed that the USPTO was ill equipped to examine this type of patent application in the late 1990s and early 2000s. Every example of a CBM provided in the legislative history claims at some level a business method or data processing technique. Moreover, the legislative history specifically states in unequivocal terms that patents claiming GUIs for trading, as opposed to patents claiming a trading strategy, are not CBMs. In particular, the bill’s sponsor Senator Chuck Schumer (D-NY) agreed with Senator Dick Durbin (D-IL) that a patent claiming, “software tools and graphical user interfaces that have been widely commercialized and used within the electronic trading industry to implement trading and asset allocation strategies” was not a CBM.

Notwithstanding, multiple TTI graphical user interface patents were instituted for CBM review by the PTAB. Presumptive USPTO Director Michelle Lee has been asked to use her power — a power the Patent Office specifically and correctly acknowledges was given to the Office in the America Invents Act — to step in and put an end to this harassment at the hands of multiple petitioners and a complicit PTAB. Lee has refused. In fact, Lee has not stepped in to exercise her power to save patent owners from harassment despite the fact that certain patent owners find themselves hauled into multiple post grant challenges for each patent they own.

In any event, on January 18, 2017, the Federal Circuit determined that the claims of two TTI graphical user interface patents — U.S. Patents No. 6,772,132 (“the ’132 patent”) and No. 6,766,304 (“the ’304 patent”) — consisted of patent eligible subject matter. This is relevant because the PTAB had previously instituted a CBM review of the ‘304 patent. To the credit of the majority of the PTAB panel considering the ‘304 patent in CBM2015-00161, once the Federal Circuit issued its decision the CBM proceeding against the ‘304 patent was terminated. That, however, is the end of where logic prevails. The remainder of the story shows just how utterly broken, ideologically driven and incapable of redemption the PTAB has become.

One Administrative Patent Judge — Judge Meredith Petravick — dissented. See CBM2015-0016 Final Written Decision. Petravick said it was inappropriate for the PTAB to terminate the ‘304 patent CBM because the parties were different when compared to the Federal Circuit case. Petravick said that the review should be limited to the record of the ‘304 patent and not consider extraneous, out of record matters such as a Federal Circuit determination that the very same claims are, in fact, patent eligible. Petravick dissented saying that he would find the claims to the graphical user interface just found patent eligible by the Federal Circuit to be patent ineligible.

According to logic employed by Judge Petravick (if you can call it that) a ruling as a matter of law that claims are patent eligible is of absolutely no consequence and patent owners must necessarily obtain a favorable patent eligibility ruling against each and every challenger in each and every case or challenge. Absurd! For those who are not ideologically driven to destroy issued patents at all costs and at every opportunity, the two-step Alice/Mayo framework analysis obviously shouldn’t change from case to case when considering the same claims. Furthermore, whether Petravick likes it or not the PTAB is an administrative tribunal subordinate to the Federal Circuit.

The ridiculous dissent of Petravick isn’t the end of the story. On the same day the PTAB terminated the CBM on the ‘304 patent the same panel of PTAB judges issued a final written decision finding the claims of another Technology Trading International graphical user interface patent to be patent ineligible. In CBM 2015-00179, which challenged the claims of U.S. Patent No. 7,533,056, Administrative Patent Judges Sally Medly, Meredith Petravick and Jeremy Plenzler all ruled that claims that are substantively indistinguishable from those of the ‘304 patent are all patent ineligible. See CBM2015-00179 Final Written Decision. But don’t take my word for it, look at the claims yourself and confirm just how substantively similar they are.

A method of operation used by a computer for displaying transactional information and facilitating trading in a system where orders comprise a bid type or an offer type, the method comprising:

receiving a user input indicating a default quantity to be used to determine a quantity for each of a plurality of orders to be placed by the user at one or more price levels;

receiving a user input indicating a desired price for an order to be placed by the user, the desired price being specified by selection of one of a plurality of locations corresponding to price levels along the price axis; and

sending the order for the default quantity at the desired price to the electronic exchange.

A method for displaying market information relating to and facilitating trading of a commodity being traded in an electronic exchange having an inside market with a highest bid price and a lowest ask price on a graphical user interface, the method comprising;

displaying an order entry region comprising a plurality of locations for receiving commands to send trade orders, each location corresponding to a price level along the common static price axis; and

in response to a selection of a particular location of the order entry region by a single action of a user input device, setting a plurality of parameters for a trade order relating to the commodity and sending the trade order to the electronic exchange.

The PTAB determined that the ‘056 patent claims “do not add significantly more to the abstract idea or fundamental economic practice.” Again, both the United States District Court for the Northern District of Illinois and the Federal Circuit determined that even assuming the claims covered an abstract idea the ‘304 patent claims did recite an inventive concept that added significantly more.

How is it possible that the claims of the ‘304 patent are patent eligible but the claims of the ‘056 patent are patent ineligible? It is this kind of arbitrary and capricious ruling that is becoming the trademark of the PTAB, and demonstrative of the subjective nature of the Alice/Mayo framework. The PTAB does not like patents so they see everything as abstract and not contributing substantially more. It is impossible to argue with their logic because there is no logic. It is all subjective rhetoric masquerading as an objective test with some concrete meaning.

This is not a matter of the PTAB applying the broadest reasonable interpretation (BRI) and the federal courts applying the Philips standard. The question of whether a claim is patent eligible is a question of law. Thus, this is a matter where the PTAB, an Article II tribunal made up of appointed Administrative Patent Judges who are not even Administrative Law Judges, is doing whatever they want and ignoring Article III tribunals; including an Article III tribunal that is their direct superior.

There is absolutely no doubt that the PTAB is a rogue tribunal that does what they want, when they want and without regard to anything. Worse, the sole purpose for the creation of the PTAB was to provide a lower cost alternative to challenge low quality patents and get rid of patent trolls. The PTAB has been a complete and total failure; failing to deliver a solution for low quality patents that continue to force large operating entities to pay extortion-like settlements to patent trolls. But what’s worse are the truly head scratching decisions that seem to be made by those without any familiarity with law or process. Given the lack of due process, the arbitrary and capricious rulings, refusing to consider timely submitted evidence, fundamentally misapplying the law of obviousness, determining that an MRI machine is an abstract idea, and the PTAB ignoring the law, it is time to seriously consider whether the only real solution available is to disband the PTAB and search for a different answer.

CORRECTION: Update on Friday, February 24, 2017 at 9:47am ET. The dissenting Judge in the termination of CBM2015-00161 was Judge Meredith Petravick. An earlier version of this article incorrectly identified Judge Jeremey Plenzler as the dissenting judge.