What Inventors Need to Fix the Patent System 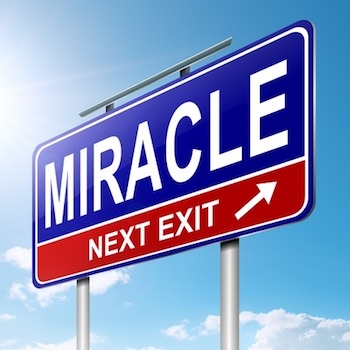 For the last 11 years, the U.S. has weakened its patent system to the point that today, patents are liabilities for inventors and startups, and patents are no longer effective at attracting capital to commercialize new technologies. While we have damaged our patent system, China has strengthened theirs. Today, China leads the world in new patent filings. Large amounts of venture capital that once fueled early stage startups in the U.S. have moved to China. As a result, startups are fleeing to China. The U.S. is giving its technological edge away, job creation is stagnant, economic growth is anemic and the America Dream is dying. Congress must act to correct this damage and fix the patent system.

Eliminate the Patent Trial and Appeals Board (PTAB)

The PTAB is an administrative tribunal within the U.S. Patent and Trademark Office (USPTO). It primarily reviews legitimately issued patents under three distinct procedures: Inter Partes Review, Post Grant Review, and Covered Business Method Review. PTAB procedures are highly destructive rendering most patents valueless for funding at an early stage because with virtually any commercially viable patent investors must anticipate first paying for and surviving a multi-year PTAB challenge process with rules significantly stacked against the patent owner before any money can be derived from the innovation.

Black letter law defines a patent as a presumed valid property right, yet PTAB’s put law into conflict by treating patents as an public right, not a property right. PTAB’s invalidate at least one claim in more than 95% of the patents reviewed.   Invalidating just one claim can neuter the enforceability of the entire patent thus destroying it. In fact, a new tactic is developing where challengers seek to take out one, or only a few claims, and then at the culmination of the challenge file for reexamination of the patent, which then shifts the burden onto the patent owner. These strategies (with appeals) can and do easily eat up well over five years of patent life (if not more). An inventor’s cost in defending a patent against a PTAB procedure starts at around $300,000 and can easily run up to $1 million. Big corporations are “gang tackling” small inventors by filing multiple PTAB procedures on the same patent, which often drives the cost of defending a patent into the multiple millions of dollars. Frequently these challenges are in series, which means the patent never escapes the challenge phase.

The PTAB must be eliminated because no matter what changes are made to the rules it is difficult to see how this Board could ever be reigned in after starting and existing for the purpose of killing patents. Just changing the rules will not fix its systemic problems nor create a fairer process for patent owners. PTAB invalidation rates will undoubtedly vary with every new PTO Director, Secretary of Commerce and President. This will leave the patent system perpetually unstable and as such unable to drive economic growth and job creation because patents will never be able to attract investment at early stages.

Title 35 USC is the governing law on patents. It defines the requirements of obtaining a patent, among other things. Within 35 USC, Section 101 is effectively the door into the patent system by defining what is considered patentable subject matter. Supreme Court decisions have fundamentally changed the meaning of Section 101 by creating three exceptions to patentable subject matter: abstract ideas, natural phenomena, and laws of nature. These exceptions have no basis in statutory law, nor were they the intent of Congress. They are purely a creation of the courts.

The abstract idea exception has thrown the meaning of patentable subject matter into chaos by failing to define what is or is not an abstract idea, and conflating analysis intended for 102, 103 and 112 into Section 101’s analysis. Today what is patentable is completely in the eyes of the beholder and often different branches of government come to different conclusions on the validity of the same patent.

Under the abstract idea exception, some USPTO examination groups reject patent applications at rates above 90%, PTAB procedures invalidate around 90% of challenged patents, and trial courts invalidate 54%. Many of these patents are invalidated in preliminary motions without defining the claim terms and without evidence or testimony.  It is black letter law that the only way to understand what a claim covers is to construe the claim by referencing the claim language, the specification and the entire prosecution history. Despite this, examiners and judges on every level invalide claims without construing the claims in accordance with well established black letter law. This is significant because exactly how can one know whether the claim covers an abstract idea if the claim is not construed? The entire purpose of the specification is to define terms and concepts. With the abstract idea law arising as an independent stream and violative of so many black letter princicples, investors cannot predict what patent will be invalidated and justifiably assume patents have virtually no value in investment valuations of early stage startups.

The Constitution defines a patent as nothing but an “exclusive Right”, therefore injunctive relief was the default judgement upon a finding of infringement for over 200 years. As a practical matter, injunctive relief served both as a strong deterrent to patent infringement, and as the basis for projecting the future value of a patent at the earliest stages of commercialization. Establishment of that future value is critical to attracting investment to commercialize patented technology.

In 2006 a Supreme Court decision called eBay v. MercExchange effectively eliminated injunctive relief by requiring an impossibly difficult test to prove injunctive relief is in the public interest. Today, courts impose a forced license at an arbitrary value that has no relation to the market for the invention. Investors cannot project the future value of a patent as a result. The net of eBay is that investment in patents has dropped because the most powerful deterrent is removed (now if you steal the invention and take the market, you will keep it), and a future value of a patent cannot be reasonably determined.

The law is supposed to maximize certainty and minimize transaction costs to facilitate an efficient, arms-length negotiation of rights. The law has embarked on a decade long, top-to-bottom restructuring of the patent system. It is no great mystery that the patent system in America is inefficient and private, arms-length bargaining between innovators and innovation users simply no longer happens. This can be directly traced to eBay, which tilted the negotiating balance toward infringers who simply do not have to worry about a patent owner achieving an injunction.

Large entities realize there are a certain number of patent owners that are just simply not going to assert their patents for one reason or another, frequently because they don’t have the money to do so. Then there is another group of those that will assert their patents but will not win. The calculation progresses to realize that there is a small group of those who are likely to assert and prevail, thanks to all the hurdles put in place (i.e., patent eligibility challenges, the PTAB, etc.). The calculation further recognizes that even if a patent owner prevails a permanent injunction is virtually impossible to obtain as the result of the Supreme Court’s decision in eBay v. MerchExchange, and damages are likely to be minimal thanks to a continual judicial erosion in damages available to victorious patent owners who hold valid patent rights that have been adjudicated to be infringed. Therefore, patents are weaker, less capable of being enforced, and much more likely to be successfully challenged.

End Prioritized Examination in the USPTO

Accelerated examination was created to speed examination in exchange for additional fees. While marketed as a tool for small entities to get patent protection faster thus helping to attract funding to startups, it has the opposite effect. Most small entities cannot afford the higher fees. However big corporations can and the primary users of accelerated examination are big corporations. In fact, the biggest user of prioritized examination is Google, the entity that leads the charge year after year to weaken America’s patent system for inventors, entrepreneurs and start-ups. The fact that Google Is so eager to get patents quickly should raise a red flag in and of itself. Why are they so desparate to obtain their patents so quickly while at the same time trying to revise the patent system to be virtually impossible to use by the most innovative entities in America?

There are unfortunate side effects to examiners first learning about new technologies from just a handful of big corporate applicants. First it injects a technology bias into the minds of examiners that acts to devalue other technologies. Second, the regular applications of smaller entities are judged under the sieve of hindsight because accelerated applications are examined first, but were invented as long as ten years after the regular applications of smaller entities, which are evaluated later.

Inventors must now file for patent protection as soon as the idea is dreamed up and before disclosing it to anyone else to determine the invention’s viability, marketability or cost. This adds thousands of dollars in upfront costs for risky unproven inventions to the people least able to afford that cost and risk. The net effect of first to file is to discourage inventors to the point of abandoning the patent system.

Overall, today’s patent system no longer encourages investment in new technologies. It actually discourages the creation of new technologies by enabling big corporations to crush startups and inventors. Without a real grace period, as the legislative history explained was the intent, the most innovative segments of the American economy are at a severe disadvantage. Congress must act to stop this damage to our economic engine and the American Dream.

is an inventor with 30+ years experience developing over 300 different electronic products and high technology processes that have helped startup several technology companies. Mr. Pelkus is named inventor on [...see more]