On Friday, February 10th, a petition to institute an inter partes review (IPR) proceeding at the Patent Trial and Appeal Board (PTAB) was filed in a case that pits two of the most active recipients of U.S. patent grants against each other. At the center of the proceedings is a challenge to the validity of a Philips patent covering a technology that enables more information to be stored on an optical or magnetic recording medium. 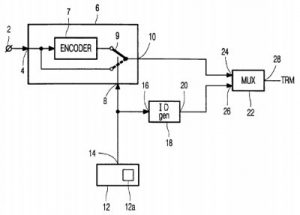 Philips had a very active 2016 in terms of patents issued by the U.S. Patent and Trademark Office (USPTO), earning 1,069 U.S. patent during the year according to data published by IFI CLAIMS. This represents a 15.8 percent increase over Philip’s patent totals in 2015, during which it earned a total of 923 U.S. patents, and places the company 28th overall among firms earning U.S. patents in 2016. These totals, however, pale in comparison to the company filing the IPR challenging the Philips patent: Microsoft Corporation (NASDAQ:MSFT), which earned 2,398 U.S. patents during 2016, more than double what Philips earned on the year and good for 8th overall among entities obtaining U.S. patents last year.

The official petition filed by Microsoft, accessible through the PTAB End to End (E2E) online searchable database under review number IPR2017-00890, is the result of a series of seven lawsuits filed by Philips in December 2015 in which it attempted to assert the ‘695 against a series of tech developers. These companies include Taiwanese electronics firms Acer Inc. (TPE:2353), ASUSTEK (TPE:2357) and HTC Corporation (TPE:2498). HTC is also listed as a real party-in-interest in Microsoft’s recent IPR filing against the Philips patent. According to Microsoft’s IPR, the American tech firm has intervened in five of these cases, including suits against Acer and ASUSTEK, by filing as a counterclaim-defendant.

Microsoft’s IPR petition seeks the invalidation of three claims of the Philips patent on grounds of obviousness under 35 U.S.C. Section 103 in light of five pieces of prior art as supporting evidence. Microsoft argues that all three claims are obvious in light of one piece of prior art, a November 1997 report on lossless data compression published by the space agency association Consultative Committee on Space Data Systems (CCSDS). According to Microsoft, the CCSDS document discloses an lossless compression algorithm transmitting data between space and earth in a way that divides data for compression into blocks of preprocessed samples, each block capable of being encoded using multiple compression options.

Microsoft also offers two patents as prior art which would obviate claims of Philips’ ‘695 patent: U.S. Patent No. 5177480, titled Data Communication Having Transmitter-Controlled Mode Switching from Compressed-to-Transparent Mode but Local Synchronous Transmitter-Controlled and Receiver Controlled Mode Switching from Transparent-to-Compressed Mode; and U.S. Patent No. 6009549, titled Disk Storage System Employing Error Detection and Correction of Channel Coded Data, Interpolated Timing Recovery, and Retroactive/Split-Segment Symbol Synchronization. Microsoft argues that the ‘480 patent is directed to solving the same efficiency-of-transmission problem identified in Philips’ ‘695 patent. Microsoft also argues that the ‘549 patent, in conjunction with a publication of the Institute of Electrical and Electronics Engineers (IEEE) from the early 1990s, is directed to the objective of reading encoded data from storage media.