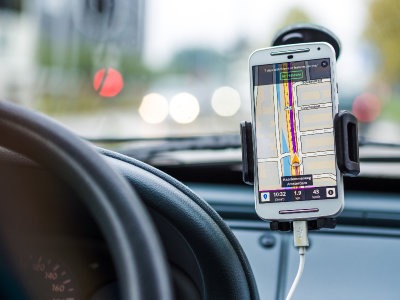 On Friday, February 10th, a slew of tech giants filed an inter partes review (IPR) at the Patent Trial and Appeal Board (PTAB) to challenge the validity of a U.S. patent covering a navigation system for mobile devices. While it remains to be seen whether or not PTAB will decide to institute the IPR, it seems that patent system savvy corporations are ganging up on a smaller developer within the nascent automotive software industry who had the temerity to assert a patent covering a navigation software technology it developed in-house.

IPR2017-00819, accessible for viewing through the online PTAB End to End (E2E) database system, lists Alphabet Inc. (NASDAQ:GOOGL) subsidiary Google as the main petitioner. Other real parties-in-interest include Taiwanese consumer electronics firm HTC Corp. (TPE:2498) and two Chinese telecom firms: ZTE Corporation (SHE:000063) and Huawei Technologies, Co. The IPR challenges the validity of a patent owned by InfoGation Corporation, Inc., of San Diego, CA, a designer and developer of navigation software for the automotive industry, which was founded in 1996. 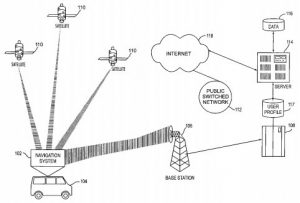 Google and the other parties-in-interest are looking to challenge U.S. Patent No. 6292743, titled Mobile Navigation System. It claims a method for providing an optimal route using real-time information for a navigation system comprising a client and a server, the method involving transmitting start and end route designations between the client and the server, calculating the optimal route by the server using real-time information, formatting the optimal route into a non-proprietary natural language description which is downloaded to the client and then displaying the optimal route on the client device once that route has been reconstructed by the client device using a local mapping database. The patent, issued in September 2001, notes the problems of conventional systems which are solved by the invention, such as the need to lower bandwidth used by navigation systems and the use of non-proprietary servers which are more compatible with a wider variety of navigation systems and mapping databases.

The filing of the Google IPR is a direct consequence of Infogation filing suit against HTC, ZTE and Huawei last July, each of which alleged infringement of the ‘743 patent. All three suits were filed in the U.S. District Court for the Southern District of California (S.D. Cal.) and each target multiple products marketed by those tech firms which use a navigation computer and a wireless transceiver to connect to a navigation server. “Specifically, each of the accused products is a smartphone running the Android operating system and can connect to a Google Maps navigation server through a wireless carrier’s data network,” the suits state. Google’s involvement with the case starts last October, when it filed a complaint for declaratory judgment of non-infringement of the ‘743 patent in the U.S. District Court for the Northern District of California (N.D. Cal.) which sought to resolve the “justiciable controversy between Google and InfoGation” created by InfoGation’s filing of patent infringement suits against Google’s partners.