The shocking dangers of buying fakes 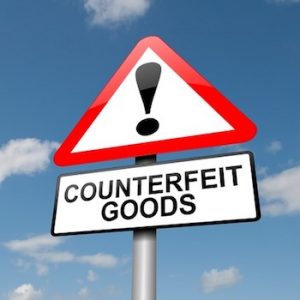 Footwear, handbags, accessories, apparel, electronics, home entertainment, you name it – no matter the product, the manufacture and sale of counterfeit goods (i.e., fakes) are global problems that directly impact legitimate producers and retailers in virtually every industry. While fully measuring the size of the counterfeit market due to the wide-ranging effects is difficult, the latest estimate from the International Trademark Association (INTA) notes the global impact of piracy and counterfeiting will hit $4.2 trillion (USD) by 2022.

While buying a “knockoff” product may not seem to present harm on the surface, a report from the Organization for Economic Cooperation and Development warns that purchasing counterfeit or pirated goods present “a significant economic threat that undermines innovation and hampers economic growth.”

Economic impact aside, when it comes to counterfeit electronic products and accessories, safety is a significant concern. We likely all have experienced scenarios where our phone charger (“adapter”) was left at home while traveling. Or, the charger was left behind in a hotel while on a business trip or vacation.

The quick solution is to buy a replacement adapter at the first store, kiosk or street vendor, enabling you to charge your mobile phone when the battery drains. What could be the harm?

Fire, electric shock, injury and, at times, fatalities are just some of the risks in using a counterfeit product. Within the past few years, several highly publicized electrocution deaths have been linked to counterfeit iPhone adapters. For example, in 2013, a man from Thailand was found electrocuted holding his Apple iPhone, which also was plugged into a wall outlet. An investigation conducted by Thailand’s National Broadcasting and Telecommunications Commission (NBTC) later concluded that the adapter was not produced by the original manufacturer and was improperly shielded or grounded.

Similar concerns were reportedly identified by Australia’s Department of Fair Trade in an investigation concerning the death of a woman who was electrocuted as she talked on a mobile phone that was directly connected to an adapter plugged into the wall. It had not been certified to applicable safety standards.

An adapter, by design, is used to supply or convert power from an electrical outlet to the device being used. In the case of an Apple iPhone, a genuine Apple adapter safely takes input voltage ranging from 100 to 240 V AC and converts it to 5 V DC. So, regardless of where in the world it is used, the adapter will convert high-voltage electricity from an outlet into low-voltage that safely charges the iPhone.

The Need for Certification

The design of the adapter and the materials used in its construction are critical to it working safely. Reputable manufacturers and companies devote significant resources to make their adapters safe and subject them to rigorous safety and reliability testing.

In most cases, however, counterfeit electronic products are neither designed nor manufactured to meet industry safety standards. In fact, manufacturers who produce counterfeit products often cut corners on safety to offer a lower-priced item and expedite products to market, putting consumers’ lives at risk.

Our recently published research demonstrates the amount of risk when counterfeit adapters are used. In a controlled test program, 400 counterfeit iPhone adapters with unauthorized certification marks were subjected to two product certification tests – an electric strength test and a touch current test. The counterfeit adapters were obtained from multiple sources in eight different countries from around the world, including the United States, Canada, Colombia, China, Thailand and Australia.

The results were shocking, to say the least. Only three of the 400 samples passed the electric strength test – a 99 percent failure rate – and 12 of them were so poorly designed and constructed that they posed a risk of lethal electrocution.

How can you tell the difference when you have the adapter in-hand, ready to purchase? Some counterfeit adapters can closely resemble the genuine product but there often are indicators consumers can use to make sure what they purchase is the real deal and not a fake. This includes:

Continued aggressive efforts by manufacturers and law enforcement authorities to slow the global trafficking of counterfeit products are having an impact, but retailers and consumers also have an important role. By being more visually aware of products sold and purchased, retailers and consumers can help reduce counterfeits and prevent unsafe products from reaching an electrical outlet.