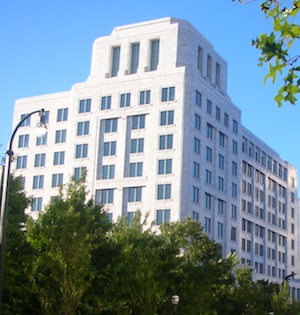 On Wednesday, February 1st, a patent infringement suit was filed in the U.S. District Court for the Northern District of Georgia (N.D. Ga.) naming all 12 banks of the Federal Reserve System (the “Federal Reserve Banks”) as plaintiffs seeking declaratory judgment of non-infringement of two patents owned by Florida-based Bozeman Financial, Inc. The patents are U.S. Patent No. 6,754,640 and U.S. Patent No. 8,768,840. They are both part of the same family of patent applications and list Bozeman Financial’s principal, William Bozeman, as the sole inventor.

More specifically, Bozeman alleged that his patents pertained to “universal positive pay” and that the Federal Reserve Banks were essentially engaging in positive pay. For the uninitiated, “positive pay” is a process to identify fraudulent checks in which the check issuer periodically provides a list of checks it has issued to its bank along with amounts of those checks so that, once a check is presented to the bank for payment, it is compared against the list to identify any potential mismatches.

An answer from Bozeman Financial is due later this month. The case number is 1:17-cv-00389-AT, for those interested in looking it up.