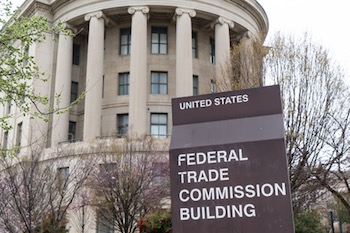 On January 23rd, the Federal Trade Commission (FTC) announced that it had taken steps to resolve antitrust charges involving business activities employed by Irish/U.S. drugmaker Endo International (NASDAQ:ENDP) designed to delay the entry of generic pain medications into the U.S. to preserve monopoly profits. The FTC filed a complaint for injunctive relief and a motion for entry of stipulated order for permanent injunction against Endo and others in the U.S. District Court for the Northern District of California (N.D. Cal.). These actions revive charges from a lawsuit filed by the FTC last March against Endo involving pay-for-delay patent settlements.

The FTC’s complaint identifies an anti-competitive reverse-payment agreement between Endo and Watson Laboratories, Inc. of Corona, CA, a company which was poised to introduce a generic version of Endo’s Lidoderm lidocaine patch into the U.S. market by the middle of 2012. Watson had filed an abbreviated new drug application (ANDA) for a generic Lidoderm patch with the FDA in January 2010, an application which included a paragraph IV certification claiming that Endo’s patent covering Lidoderm is invalid, unenforceable or uninfringed by Watson’s generic version. Endo earned $825 million from sales of Lidoderm during 2011, making up 30 percent of the company’s profits that year according to the FTC’s suit.

The FTC alleges that Endo entered into a payment agreement with Watson in May 2012 in which Watson agreed to drop its patent validity challenge against Endo and forgo entry into the U.S. market until September 2013. In return, the alleged payment agreement offered supra-competitve profits to Watson through Endo’s guarantee that it wouldn’t bring a generic Lidoderm patch into the market for up to seven and a half months after Watson’s generic treatment entered the market. The FTC argues that this no-authorized generic part of the agreement was worth hundreds of millions of dollars to Watson. Endo also agreed to provide anywhere from $96 million up to $240 million worth of branded Lidoderm patches to Watson for no cost to be sold at a pure profit by a Watson subsidiary. “As a result, patients were denied the opportunity to purchase lower-cost generic versions of Lidoderm, forcing them and other purchasers to pay hundreds of millions of dollars more for this medication,” the FTC’s complaint reads.

The FTC’s complaint includes four counts against the defendants, including counts for restraint of trade, monopolization and restraint of trade in violation of the Federal Trade Commission Act and one count for unlawful acquisition in violation of the Clayton Antitrust Act. The proposed stipulated order entered into N.D. Cal. by the FTC would prohibit Endo for 10 years from entering into patent infringement settlement agreements which include no-authorized generic commitments or payments to a party filing for a generic medication.

The FTC also announced that, in a related matter, it had filed an administrative complaint targeting a similar reverse-payment agreement to delay entry of a generic medication with California-based drugmaker Impax Laboratories (NASDAQ:IPXL). That agreement involved delays to a generic version of Endo’s Opana ER, an extended release opioid for blocking pain.