Challenging Aspects of Protecting of Non-Traditional Trademarks: The Five Senses and Trademarks 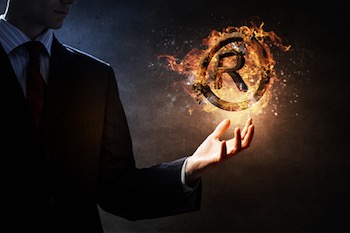 In my previous article:  Challenging Aspects of the Legal Protection of Non-Traditional Trademarks: Shape Trademarks, I mentioned that man has five senses and, accordingly, can perceive information, including trademarks, not only by sight. The diversity of human sensations cannot be reproduced by graphics alone. This is what makes the registration and protection of such trademarks, which can be also perceived by other senses, so interesting, unique and at the same time problematic.

Let us have a look at various types of non-conventional trademarks, both jointly and each of them separately, and at the challenging aspects of their legal protection taking into account the specifics of the respective human sense.

The Sense of Sight: Color Trademarks

I should note that there are already a great many registered color trademarks across the globe. In Ukraine, however, the registration of colors as a trademark is only emerging. In any case, the successful registration of such a trademark requires submission of a huge amount of different evidence of the use of the respective mark.

Interestingly, but it should be noted that when registering such trademarks, one should not insert the color name in the middle of the trademark, because in this case a different legal protection procedure will apply, not like the one applicable to color trademarks. Such registrations turn into the most ordinary trademarks. Below are some examples of such trademarks registered in the EU:

The Sense of Sight: Moving Trademarks

Moving trademarks are, in fact, video fragments. The standard should be established that such trademarks must be accepted and reflected in the register in a certain video format. It would also be reasonable to consider the possibility of registering a combination of sound and moving marks (actually, it is a video with sound).

Taking into account the pace of the development of 3D technologies, such trademarks may also constitute shape trademarks (a 3D video with sound). Meanwhile, it is necessary to set a uniform standard for the submission of such material.

The respective video fragments should be available for review and analysis in the register. And it is not difficult to arrange for such video recordings. Thus, for example, back in the 1990s the CD version of the Encyclopedia Britannica contained video fragments for some articles. 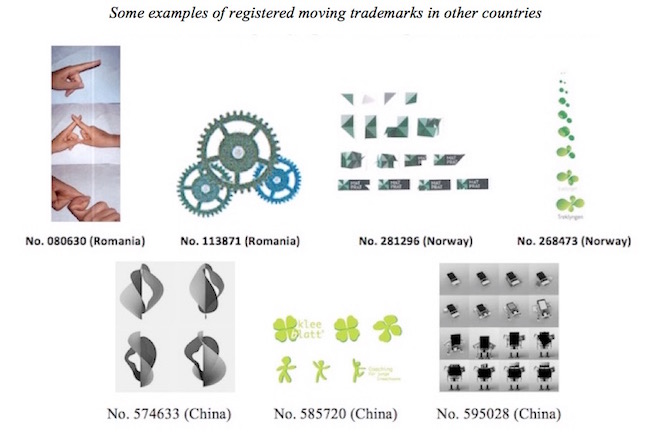 For me, one of the most perfect illustrative examples of moving trademarks is the universally known handshake on the opening introduction in old Nokia cell phones. This is how this trademark was registered: 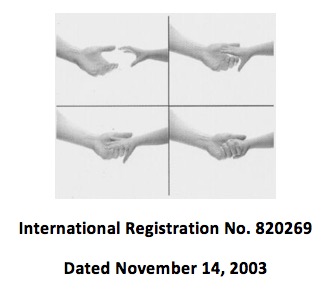 Interestingly, the description of this mark directly states as follows: “The mark consists of an animation created by showing the pictures in a consecutive manner”.

The Sense of Hearing: Sound Trademarks

Let us move our focus from sight to another human sense and analyze some aspects of the legal protection of sound trademarks.

Apart from the fact that they are perceived by a totally different organ of sense, these trademarks, like moving trademarks, have one fundamental distinctive feature from conventional marks, and that is their duration in time.

Sound trademarks should be presented in the form of a file in the respective format. These trademarks are actually compared by an expert with the same certain degree of subjectivity that is typical for the examination of conventional trademarks. A serious problem is search automation amid a considerable increase in such trademarks. In this case, it should be potentially possible to develop a software application capable of identifying similar trademarks by analogy with the well-known Shazam application successfully detecting identical melodies.

Submission of application materials in the form of musical notation should become history. The register should contain only fragments of melodies.

For example, the sound of a motor or a shout cannot be represented in the form of musical notation as they are actually noises and overtones. It is often impossible to represent a certain sound with the help of musical notation. Thus, the lion’s roar at the opening of Metro-Goldwyn-Mayer Pictures films cannot be written down in notation. It can be digitized into a spectrum, but it will be very difficult for an expert to work with such objects.

When registering sound trademarks, it is very important, like in the case with other types of trademarks, not to violate the copyrights of other persons.

Just like in the case of shape trademarks, examples of sound trademarks are plenty and very popular. The owners of such sound marks protect their ringtones and other tunes used in various advertisements for their goods and services.

In the registered trademark databases of those countries where it is not possible to sort out trademarks according to the type of mark, it is still very easy to find examples of sound trademarks: by the code of the Vienna Classification of the Figurative Elements of Marks – 24.17.13 “Treble clefs with notes and stave or with stave alone”. It should be mentioned that it is also easy to search for color trademarks using codes 29.1.11 “One predominant color”, 29.1.12 “Two predominant colors”, etc. However, such search will yield not only color marks, but also those marks which actually contain plenty of colors but where some colors predominate.

Turning again to interesting examples of the trademarks registered by Nokia Corporation, it is worth mentioning that they have also protected their famous Nokia Tune: 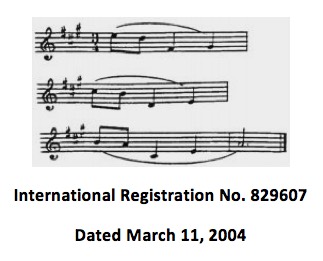 The Sense of Smell: Smell Trademarks

Another human sense is the sense of smell. It is difficult even to imagine what an important role smells can play. For example, car dealers spray the scent of leather in their showrooms to boost their sales. And supermarkets sometimes use the scent of high-quality coffee for the same purpose.

But I would like to note that smell and taste trademarks are the most controversial trademarks from the point of view of their fixation and their expert examination criteria.

Some mammals have an excellent sense of smell, for example dogs and especially lions. The extraordinary ability of dogs to detect various scents, including those imperceptible to the human nose, forms the basis of a forensic scent evidence analysis in criminal law. A certain scent is offered to specially trained dogs who then sit near the holder with an article containing the same scent selecting it from among plenty of other articles.

There are also some instrumental methods for detecting identical scents, such as the so-called e-noses or, for example, the gas chromatography method where the identical set of peaks points to the identical scent. But, unfortunately, the above methods do not resolve the issue of similarity because the similarity of scents is highly subjective and its identification requires special training, such as, for example, that of the experts working in the perfume industry.

I think that it is theoretically impossible to create an adequate system for registration of smell trademarks. Most aromatic compounds undergo chemical transformation during their storage due to air oxidation, thermal decomposition and the effect of light exposure. For example, perfumes have a limited shelf life even if they are stored in a fridge. To add to that, lower and higher concentrations of the same substance may be subjectively perceived as totally different scents.

For example, the main constituent of citrus scents is D-limonene. But L-limonene, a compound of the same composition consisting of substituents attached to one of the carbon atoms but having a different spatial layout as if they were a mirror image of the first compound, as different as the left and the right hands, gives off a pine scent.

A majority of scents are not individual chemical compounds, but rather so complicated mixtures as to make any accurate chemical analysis of all their components not only very costly, but often simply impossible at the present stage of science development. That is why it is impossible either to represent such trademark using any formal methods of fixation or to preserve the scent during the term of its legal protection for further expert examinations. To add to that, should many such trademarks be registered, the very processes of comparison, where an expert must open containers with a large number of scents, firstly, results in the exhaustion of such sources of scent and, secondly, considerably changes the expert’s subjective perception depending on the number and sequence of the tested trademarks, and may even have adverse effects on the expert’s health ranging from allergy to intoxication or dependence.

The Sense of Taste: Taste Trademarks

The same arguments are relevant to taste trademarks. However, there are some substantial peculiarities about them. The thing is that the human taste analyzer is only capable of discerning four tastes: sweet, sour, salty and bitter. On top of that, the taste of monosodium glutamate, which is used as a flavor enhancer, is sometimes described as a fifth basic taste.

All the rest of the entire range of tastes is formed through a combination of the above tastes and food scents perceived by the sense of smell. Thus, a man with closed nose and eyes cannot tell carrot purée from apple purée.

A comparison of tastes, like a comparison of smells, cannot be properly formalized and is rather subjective. That is why the experts engaged for the performance of such comparison are specially trained in the field of food industry (wine blending, tea blending, food quality testing).

On top of that, it appears impossible, from a practical standpoint, to store the respective samples, with their regular tasting by experts, throughout the term of legal protection. That is why, until science makes it possible to fully analyze all samples (many natural substances contain some compounds that are yet undiscovered) and offers formal criteria for the assessment of similarity of such combinations, I do not think that it is possible to register and further protect such objects at present.

Nevertheless, I think that the emergence of non-traditional trademarks is an important breakthrough in the field of intellectual property rights. Such trademarks contain elements of creative work, create certain emotional coloring and an associative series for consumers and distinguish certain goods and services from other goods and services in an unusual manner. This, in its turn, forms the unique image and reputation of the owner of such trademarks and drives greater competition in the market. However, allowing total freedom in the registration of non-conventional trademarks is unacceptable because applicants may start abusing their rights and registering everything and anything following the example of patent trolls, and this situation may lead to adverse consequences, such as the establishment of a monopoly on a certain color, sound, smell, etc.

Anastasia Zaitseva is an Associate, IP Specialist in Synergy IP Law Agency. She specializes in IP prosecution in Ukraine and other countries. She is the author of numerous publications on intellectual property rights in [...see more]