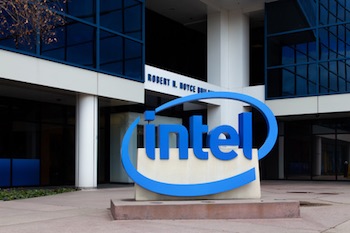 On Thursday, January 26th, digital tech platform developer Intel Corporation (NASDAQ:INTC) of Santa Clara, CA, released its most recent earnings report including revenues for both the fourth quarter of 2016 as well as the company’s full 2016 fiscal year. The company posted a five cent beat on earnings per share (EPS), coming in at 79 cents EPS versus analysts’ expectations of 74 cents EPS.

Intel’s press release on the earnings report indicated that revenues were driven by a wide array of business activities but specifically noted strong returns by its client computing, data center and Internet of Things (IoT) sectors. Intel’s client computing group includes platforms design for a variety of consumer computing devices such as notebooks, tablets, desktops and smartphones. Client computing provided the majority of Intel’s revenue in 2016, pulling in $32.9 billion over the year and $9.1 billion in the fourth quarter. Intel’s data center group, which includes platforms for the cloud, enterprise, communications infrastructure and technical computing segments, earned $17.2 billion in 2016 and $4.7 billion in the fourth quarter. The company’s IoT group, including platforms for retail, transportation, industrial and home IoT applications, earned a total of $2.3 billion in revenues through 2016 and $726 million during the fourth quarter.

The recent earnings release from Intel also indicates that the company is increasing its investment in research and development. Intel reported that R&D expenditures were $12.7 billion over the course of 2016 and $3.3 billion during the fourth quarter. This was up from the company’s $12.1 billion investment in R&D during 2015 as well as $3.1 billion invested during 2015’s fourth quarter. Intel spent more on R&D than it did on marketing, general and administrative (MG&A), where the company spent $8.4 billion during 2016 and $2.2 billion during the recent quarter. Intel’s full year guidance for 2017 indicates that the company expects to spend a total of $20.5 billion on both R&D and MG&A this year. 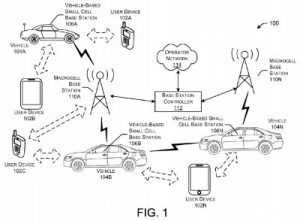 A look at patents recently issued to Intel in recent weeks rendered up a pair of interesting patents related to vehicle technologies. U.S. Patent No. 9554328, which is titled Vehicle-Based Small Cell Base Stations, claims a vehicle-based base station device with an antenna coupled to a transceiver, a memory for storing computer-executable instructions and a processor in communication with the transceiver for access to the memory; the processor is also configured to receive data associated with a user device within the vehicle as well as facilitate handoffs of connections between base stations based on location data. This innovation is designed to make more efficient use of available wireless spectrum by using vehicles, which have increased capabilities for communication and data storage and could serve as an untapped resource as mobile small cell base stations. 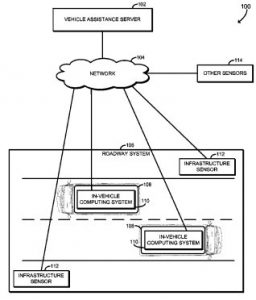 Computing technologies which are designed to give drivers better information about their route while on the road are at the center of U.S. Patent No. 9550495, titled Technologies for Assisting Vehicles with Changing Road Conditions. It claims a vehicle assistance server having a data acquisition module to receive data from a plurality of vehicles, a data aggregation module that generates crowd-sourced road data about a segment of road as well as a vehicle assistance data determination module to determine vehicle assistance for a vehicle based upon crowd-sourced data. This innovation is designed to improve upon in-vehicle computing systems, which are limited to the sensors which exist within the vehicle. 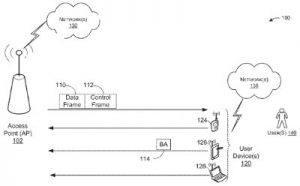 We also took note of a recent development to improve location-based data transmissions on wireless channels which are the subject of U.S. Patent Application No. 20170026431, which is titled Multicast Mechanism for Wireless Devices. It would protect a device having a memory and a processor configured to execute instructions stored on the memory to determine a multicast session with multicast devices, determine multicast data frames and send multicast data frames to multicast devices. The technology described here provides signaling information to wireless devices in wireless networks in a way that enhances system reliability.