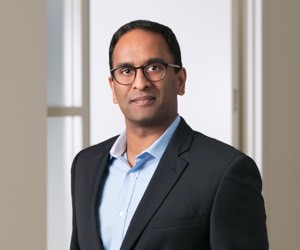 Silicon Valley intellectual property boutique Fernando & Partners, LLP has joined Squire Patton Boggs in Palo Alto, the firm announced, bolstering its expertise in electrical/electronic devices and systems and software.  In addition to the firms founder, Ron Fernando he is joined by the other members of the Fernando & Partners team including senior associates William (Bill) J. Higley and Jacob A. Smith, and associate Prateek Bhatnagar

Ron Fernando joins Squire Patton Boggs as a partner. In addition to his legal qualifications, Mr. Fernando holds a master’s degree in electrical engineering, and he has spent the last 15 years preparing and prosecuting key patent applications for some of Silicon Valley’s best known companies. His practice also includes counselling on portfolio strategy, licensing, infringement and validity issues, confidentiality agreements, and IP due diligence for mergers and acquisitions and IP asset purchases.

“Protecting and productively using intellectual property is a critical element of long-term growth and success for most companies,” said David Elkins, Squire Patton Boggs’ global Intellectual Property & Technology Practice Group leader. “Ron and his team enhance our existing expertise in the electrical/electronic device and software areas. More important, however, they have secured the trust of some of the most sophisticated and demanding global technology companies in Silicon Valley. They have earned that trust because of the team’s sophisticated work and highest level of client service – qualities that fit perfectly with our existing culture and priorities.”

Commenting on his arrival, Mr. Fernando said, “Squire Patton Boggs provides a global platform, market reputation and collaborative culture that will enable us to scale-up our practice to satisfy pent-up client demand that we are fortunate to have earned. We also anticipate attracting new clients and opportunities: our arrival here provides strong prospects for growth and I’m excited to join the firm.”

Mr. Fernando is joined by the other members of the Fernando & Partners team:  senior associates William (Bill) J. Higley and Jacob A. Smith, and associate Prateek Bhatnagar.

Bill is a patent attorney in our Silicon Valley office with over seven years of experience drafting and prosecuting US patent applications and managing the prosecution of non-US patent applications through foreign counsel. Bill also provides experience in counselling on infringement, validity, and other due diligence for portfolio management, mergers, acquisitions, and asset purchases.

In addition to teaching wireless communication classes as an adjust professor at National University, Bill has prosecuted patent applications on various aspects of wireless standards and protocols, including 3G/4G LTE, HSPA, CDMA & EV-DO, Bluetooth, Wifi, WiMAX, and dealing with such technologies as picocell networks, multi-user MIMO, high density modulation, and error-correcting codes. Related to the field of wireless communications, Bill has experience with streaming media, such as voice call data and streaming video including H.264 and MPEG encoded video.

Jacob is a patent attorney in our Silicon Valley Office, and focuses on assessing and securing patent protection for high-tech clients.

In particular, Jacob specializes in preparing and prosecuting patent applications in the United States and directing the prosecution of foreign patent applications in key international technology markets. Jacob’s practice integrates patent strategy into a client’s overall business strategy by advising in regard to patent portfolio analysis, patent prosecution, licensing, infringement, and invalidity analyses, as well as due diligence investigations involving related business transactions.

Prateek focuses on protecting inventions, so that inventors get rewarded for their ingenuity and businesses profit from their investments. Having worked as an engineer and a patent agent at a telecom company that pioneered the smartphone, Prateek understands how valuable patents can be to a business. While Prateek’s technical prowess enables him to understand what an inventor has invented, it is Prateek’s business acumen that guides how he protects the invention.

Having been an inventor, Prateek thinks like an inventor. “Coming up with a new idea is truly a Eureka moment. Building prototypes, fixing all the bugs and eventually seeing your invention being used by others is a very satisfying feeling”. Prateek’s insights enable him to brainstorm workarounds with the inventor and close loopholes that a copycat infringer could exploit. “The best way to catch an infringer is to put yourself in the shoes of the infringer and ask: How can I get around my invention?”

Prateek has a keen interest in international patent law. He studied law and earned Juris Doctor degrees in both US and Canada. Additionally, while working in-house, he directed prosecution of patent families in other foreign jurisdictions including Canada, Europe, China and Japan.

Squire Patton Boggs is one of the world’s strongest integrated legal practices. With 46 offices in 21 countries, the firm is renowned for its local connections and global influence, delivering comprehensive legal services across North America, Europe, the Middle East, Asia Pacific and Latin America. With expertise spanning all key sectors, the firm is also known for its preeminent Public Policy Practice and deep-rooted relationships in Washington DC and Brussels. For more information, visit the Squire Patton Boggs.