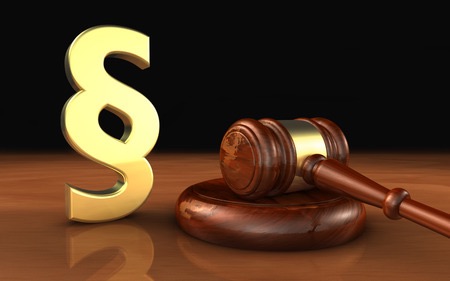 On December 7, 2016, a federal district court in New Jersey granted Defendants’ Motion to Dismiss claims 10-17 and 24-25 of U.S. Patent 8,853,156 (the ‘156 patent) as patent ineligible under 35 U.S.C. § 101. See Boehringer Ingelheim Pharms., Int, et al. v. HEC Pharm Co., Ltd., et al., CA No. 15-cv-5982 (D.N.J. Dec. 7, 2016) (Before J. Sheridan).  The ‘156 patent discloses methods of treating and/or preventing metabolic diseases, particularly diabetes, in patients for whom metformin therapy is inappropriate due to intolerability or contraindication against metformin, e.g., renal disease, metabolic acidosis, congestive heart failure. Defendants alleged that the asserted claims are patent ineligible because the claims recite a natural law that is based on pharmacokinetic observations of diabetic patients. Plaintiffs argued that the motion should be denied because claims of the ’156 patent are directed towards methods of treating the targeted patient population with metabolic diseases using non-naturally existing DPP-IV inhibitors, which alter the natural state of the body in a new and useful way, and hence do not fall within the natural phenomena exception.

Claims 10-17 depend from claim 1 and claims 24-25 are independent claims that limit the method of treating by administering a specific, non-naturally occurring DPP-IV inhibitor to patients with different contraindications. Claim 1 is directed to “[a] method of treating and/or preventing metabolic diseases in a patient for whom metformin therapy is inappropriate due to at least one contraindication against metformin comprising orally administering to the patient a DPP-IV inhibitor wherein the contraindication is selected from the group consisting of: renal disease, renal impairment or renal dysfunction, unstable or acute congestive heart failure, acute or chronic metabolic acidosis, and hereditary galactose intolerance.”

Although the use of DPP-IV inhibitors in the treatment of certain metabolic diseases was known in the prior art, it required regular monitoring of the kidney functions for the targeted patient population, who suffer from renal impairment, and dose adjustment to avoid dangerous side effects. The DPP-IV inhibitors used in the methods of treatment claimed by the ‘156 patent do not require monitoring or dose adjustments because it is mainly excreted via the liver and only to a minor extent via the kidney. After acknowledging the distinction between the ?156 patent and the prior art, the Court concluded that “the ’156 patent not requiring dose adjustment is not an issue in the cited claims of infringement” because “the asserted claims do not claim dose adjustments to treat the targeted patient population.”

In its § 101 analysis, the Court applied the two-step inquiry as established by Alice – “(1) whether the claims at issue are directed to a patent ineligible concept (i.e., law of nature, natural phenomena, or abstract idea); and (2) if so, then the Court must determine whether the ‘claim’s elements, considered both individually and ‘as an ordered combination,’ ‘transform the nature of the claim’ into a patent-eligible application.’ (quoting Alice Corp. Pty. Ltd. v. CLS Bank Int’l, 134 S.Ct. 2347, 2355 (2014)). The Court further relies on Enfish to clarify the first prong of the Alice inquiry as “determining whether the focus of the claims, in light of the specification, is on a specific asserted ‘improvement’ in that particular technological area.” Enfish, LLC v. Microsoft Corp., 822 F.3d 1327, 1335.

The Court started its analysis with claim 1. It found that claim 1 was directed to a patent ineligible concept and “provide[d]] no contribution over conventional knowledge of administering DPP-IV inhibitors.” The Court concluded that claim 1 did not have a series of steps tied to a tangible embodiment, as required by Rapid Litigation Mgmt. Ltd. v. CellzDirect, Inc., 827 F.3d 1042 (Fed. Cir. July 5, 2016). Claim 1 consisted of a single instruction of “orally administering” a DPP-IV inhibitor to a target population of patients. The Court also found that Mayo was more analogous to claim 1 in that the effect of the DPP-IV inhibitor in increasing insulin secretion was due to “entirely natural processes”. Further, the Court found that the improvement of the ?156 DPP-IV inhibitors was due to its liver-based excretion mechanism, which is purely a natural biological process.

For the second prong of the inquiry, the Court concluded that claim 1 had no “inventive concept” as it did not “include the ‘additional features’ to ensure ‘that the [claim] is more than a drafting effort designed to monopolize the [abstract idea].” Ultramercial, Inc. v. Hulu, LLC, 772 F.3d 709, 715 (Fed. Cir. 2014) (quoting Mayo, 132 S.Ct. at 1298) After analyzing the “additional features” individually, e.g., “treating and/or preventing metabolic diseases in a patient for whom metformin therapy is inappropriate due to at least one contraindication against metformin”, “wherein the contraindication is selected from the group consisting of: renal disease, renal impairment or renal dysfunction, unstable or acute congestive heart failure, acute or chronic metabolic acidosis, and hereditary galactose intolerance”, and “orally administering to the patient a DPP-IV inhibitor,” the Court found that they were “well-understood, routine and conventional activity,” and thus does not transform the abstract idea of claim 1 into an inventive concept. The Court further notes that claim 1 merely provides “an instruction for a medical care professional who is treating the targeted patient population” and “can be conducted via mental processes, which is not tied to any tangible embodiments.”

For dependent claims 10-17, the Court determined that the additional features were well-understood, routine and conventional, and thus, did not transform the abstract idea of claim 1 into patent eligible subject matter. Regarding claims 24 and 25, although noting that they differ from claim 1 in that they recite a specific DPP-IV inhibitor, the Court concluded that, like claim 1, they are directed to an abstract idea, i.e., administering a DPP-IV inhibitor to a target population, and their additional features are well-understood, routine and conventional and do not add enough to transform the abstract idea to patent eligible subject matter under § 101.

Superficially, this decision may appear to be consistent with Mayo – methods of treatment claims that manipulate natural biological processes are considered to be directed to patent ineligible subject matter under § 101. However, such claims may be transformed into patent eligible claims if their recited additional features or steps are not well-known, routine or conventional.

In Boehringer, it is not perfectly clear that the treatment claims of the patent-at-issue are directed to a law of nature or an abstract idea.  Claim 1 is directed to an active practical application of a compound for treatment. For the first prong of its § 101 analysis, the Court erroneously undertook the determination of whether “claim 1 of the ’156 patent provides [ ] contribution over conventional knowledge of administering DPP-IV inhibitors”; this is irrelevant to the determination of whether the claims at issue are directed to a patent ineligible concept.

In Rapid Litigation, the Federal Circuit stated that “[t]he ’929 patent claims are like thousands of others that recite processes to achieve a desired outcome, e.g., methods of producing things, or methods of treating disease. That one way of describing the process is to describe the natural ability of the subject matter to undergo the process does not make the claim ‘directed to’ that natural ability. If that were so, we would find patent-ineligible methods of, say, producing a new compound (as directed to the individual components’ ability to combine to form the new compound), treating cancer with chemotherapy (as directed to cancer cells’ inability to survive chemotherapy), or treating headaches with aspirin (as directed to the human body’s natural response to aspirin).” Id. at 1048-49.

The USPTO adopted the Rapid Litigation standard and analysis in its July 14, 2016 memo, discussing both Rapid Litigation and Ariosa Diagnostics, Inc. v. Sequenom, Inc., 788 F. 3d 1371 (Fed. Cir. 2015), in which it reaffirmed the patentability of method of treatment claims. The Boehringer decision also appears at odds with the USPTO Subject Matter Eligibility Examples:[1] Life Sciences – Example 29 “Diagnosing and Treating Julitis.” Example 29 concerns a claim reading “[a] method of treating a patient with julitis, the method comprising administering an effective amount of anti-TNF antibodies to a patient suffering from julitis.” “Although the claim recites a nature-based product limitation (the anti-TNF antibodies), analysis of the claim as a whole indicates that the claim is focused on a process of practically applying the product to treat a particular disease (julitis), and not on the product per se. Accordingly, it is not necessary to perform the markedly different characteristics analysis on the antibodies. The recited step of administering antibodies to a patient suffering from julitis does not recite or describe any recognized exception. See, e.g., Mayo, 132 S. Ct. at 1297 (recited steps of administering a drug to a patient and determining the resultant level of 6-thioguanine in the patient “are not themselves natural laws”). Thus, the claim is not directed to an exception (Step 2A[2]: NO). The claim is eligible.” Id.

Further, the § 101 analysis in Boehringer should have been a matter for trial, not a motion to dismiss. For example, a motion to dismiss in Bristol-Myers Squibb Co. v. Merck & Co., Inc., C.A. No 15-560-GMS (D. Del. March 17, 2016) was denied despite dicta by the Court. Id., D.I. 70. The Bristol-Myers Squibb (“BMS”) claim reads “[a] method of treating a lung cancer comprising administering a composition comprising a human or humanized anti-PD-1 monoclonal antibody to a human with the lung cancer, wherein the administration of the composition treats the lung cancer in the human.” The BMS court denied the motion while finding that that the “patent touches upon a natural phenomenon by using T cells to activate the immune system. The inventors relied on the fact that inhibiting ‘signals of PD-1, PD-L 1 or PD-L2 inhibit cancer proliferation through the mechanism of the recovery and activation of immune function.’ [ ] This interaction is a natural phenomenon.” Id. at 3, FN1. The Court properly took “the factual allegations in the patent [ ] as true and read [them] in the light most favorable to Bristol-Myers” and stated that “the’999 patent is entitled to a presumption of validity under 35 U.S.C. § 282,” in concluding that “Merck has not met its burden to prove by clear and convincing evidence.

[1] Although not precedential, the USPTO Examples are useful guidelines.

[2] The USPTO refers to the determination of the first prong of the § 101 analysis as Step 2A.

Irina Vainberg is a partner in the New York office of Troutman Sanders LLP. Her practice is focused on patent prosecution, client counseling and strategic portfolio development, as well as licensing and [...see more]

Heather Ettinger is a partner in the law firm of Troutman Sanders LLP and is based in the firm’s New York office. Heather focuses her practice on intellectual property due diligence and [...see more]