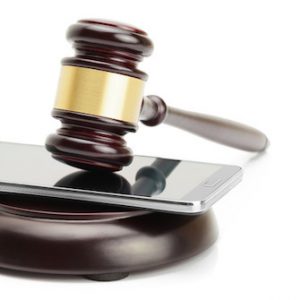 On December 6, 2016, the Supreme Court of the United States reversed the decision of the Federal Circuit Court of Appeals in Samsung Electronics Co. v. Apple Inc. awarding San Francisco Bay Area tech giant Apple Inc. (Apple) $399M in damages for infringement by Samsung Electronics Co. (Samsung) of three design patents related to Apple’s iPhone product.  The Supreme Court’s decision – which was reached unanimously – clarified the uncertainty of having to determine the “article of manufacture” in design patent damage analyses, particularly with regard to the sale of complex, multicomponent products like smartphones.

Although the Supreme Court decision reversed the quite substantial damage award affirmed by the Federal Circuit Court, the ruling in the case may not be as bad for patent owners as many originally thought.  In fact, the Supreme Court may have unwittingly incentivized even more aggressive acquisition of design patents, which will now seemingly allow infringed-upon entities to shift the “article of manufacture” analysis in their favor.

Damages Under the Patent Act

In the case at-issue, Samsung had infringed upon three of Apple’s iPhone-related design patents.  The patents covered various design components of the iPhone product, including but not limited to the rounded corners and raised rim that distinctly characterize the frontal façade of the phone while held in-hand.

As the Supreme Court noted in its opinion, section 171(a) of the Patent Act “has been understood by the Patent Office and the courts to permit a design patent that extends to only a component of a multicomponent product.”  Each patentable component may constitute only a small part of a more complex multicomponent design.

Section 289 of the Patent Act governs the damages analysis for infringement of a design patent.  Under the Act, an infringer is liable to the patent holder for the total profit attributed to the “article of manufacture.”  Pursuant to the Federal Circuit’s interpretation of section 289, the “article of manufacture” in the present case was the end product that was ultimately sold to the consumer – the multicomponent smartphone (e.g. the iPhone).  Apple was therefore awarded damages equivalent to the total profit that Samsung made from its infringing smartphone products: $399M.

The Supreme Court reversed and remanded the judgment of the Federal Circuit, finding that an “article of manufacture” can represent both the end product ultimately sold to the consumer and a mere component of the multicomponent end product, even if the components are not sold separately to consumers.  The Supreme Court declined to resolve whether the “article of manufacture” in the present case was, in fact, the iPhone end product or simply one or more of the infringed-upon patents for various components of the iPhone.  The Court determined that the question was to be addressed and resolved on remand, and the damage award to be recalculated on the basis of such resolution.

The $399M damage award represents the total profits Samsung derived from its infringing smartphones.  On remand, were the Federal Circuit to find that the term “article of manufacture” relates – in the present case – to the relevant iPhone design patent components, the damage award would have to be recalculated to reflect the profits derived solely from Samsung’s infringing components.  The damage award would likely be significantly less than the original $399M figure.

The effects of the Supreme Court’s decision in Samsung Electronics Co. v. Apple Inc. to clarify the “article of manufacture” standard for design patent infringement remains uncertain, though there is some speculation that patent holders (and potential patent holders) will be incentivized to acquire additional component design patents.  The more component design patents a patent holder owns, the more likely it will be that the “article of manufacture” will be owned and sold to the consumer – thus leading to a larger damage award.

Of course, now we wait to see what the Federal Circuit will do, but in the meantime those seeking design patents would do well to apply for more design patents as a way of hedging against what could well become de facto apportionment law, albeit in a rather indirect way through what constitutes the “article of manufacture.”

Matt Scyoc is a team member at UpCounsel, an interactive online service that makes it faster and easier for businesses to find and hire legal help solely based on their preferences. UpCounsel [...see more]