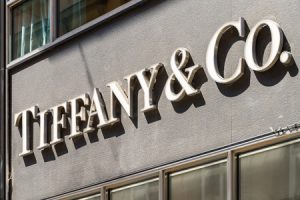 On October 5, 2016, a jury in Tiffany and Co. v. Costco Wholesale Corp. – litigated before Judge Swain of the Southern District Court of New York – awarded Tiffany & Co. (Tiffany) $8.25 million in punitive damages for willful and bad faith infringement of their trademark by defendant Costco Wholesale Corp. (Costco). This award, in combination with an earlier award of $5.5 million in profits and statutory damages, brings the total damages owed by Costco to $13.75 million.

The case is particularly notable for several reasons, but specifically because punitive damages were awarded, which might strike some as odd given that punitive damages are not recoverable under the Lanham Act for trademark infringement.  The case also explored the possibility a brand trademark – here, Tiffany’s – transforming into a generic term.

Timeline of the Case

In November 2012, a customer complaint alerted Tiffany’s to problematic signage at a Costco store in California.  After further investigation, it was revealed that display signage and other marketing at the store used the term “Tiffany” – as in “Platinum Tiffany” and “Tiffany Setting” – to describe various non-Tiffany-brand diamond rings.  Costco did not use the “Tiffany” label in any online advertising or branding, which helped them avoid detection for years, although the “Tiffany” label and signage advertising at Costco began as early as 2007.

On September 8, 2015, Judge Swain granted summary judgment in favor of Tiffany with respect to the trademark infringement, counterfeiting, affirmative fair use, and genericism claims.  The court also granted plaintiff Tiffany’s demand for a jury trial as to damages, specifically noting that the punitive damages claim was triable due to the question of willfulness.

In September 2016, the jury awarded Tiffany profits and statutory damages under the Lanham Act and determined that Tiffany was entitled to punitive damages under New York General Business Law section 349 and common law precedent in New York.  Finally, in October 2016, the jury awarded Tiffany $8.25 million in punitive damages on the basis that Costco willfully and in bad faith infringed upon Tiffany’s trademark.

The district court observed – foundationally – that for a mark to be considered generic, the primary significance of the registered mark to customers must be assessed and determined to be that of a generic descriptor and not a brand identifier, but noted that Costco had not provided any evidence as to the primary significance of the Tiffany mark, thus justifying the grant of summary judgment in Tiffany’s favor.

Costco attempted to argue that the Tiffany mark could exist simultaneously as a brand name identifier and a generic descriptor – in other words, as a “dual usage” mark – but the court found that no legal basis or evidence had been produced to support Costco’s “dual usage” assertions.

In granting Tiffany’s motion for summary judgment on the issue of trademark infringement under the Lanham Act, the court applied the two-prong infringement test and found that Costco’s use of the Tiffany mark was likely to cause consumer confusion.

The court assessment of the evidence of “actual confusion” was highly determinative.  The depositions of several Costco customers, along with a consumer confusion survey report, revealed that members of the relevant public were actually confused as to whether the “Tiffany” signage, labeling, and marketing in Costco were indicative of the plaintiff’s Tiffany brand or represented some other descriptive terminology.

Violations of the Federal Lanham Act may not lead to the recovery of punitive damages, so the jury’s award of punitive damages is rather non-standard in a federal trademark litigation.  In this case, punitive damages were awarded pursuant to New York state unfair competition/deceptive acts law – common law and General Business Law sections 349 and 360(m) – which do allow punitive damages in cases where the violator committed such violations with willful intent or in bad faith.

The court found the evidence of Costco’s bad faith persuasive.  Among other things, the evidence revealed emails from a Costco employee requesting that the jewelry display boxes be styled as more upscale and Tiffany-like in appearance, and that employees were aware of consumer confusion but did not correct it.  This bad faith evidence was also important for determining the likelihood of consumer confusion in the court’s Lanham Act infringement analysis.

In New York cases where a trademark is infringed under circumstances similar to Tiffany and Co. v. Costco Wholesale Corp. – basically, where the infringer is using the mark to sell a competing product – defendants are vulnerable to punitive damage awards.  A plaintiff in New York can use General Business Law section 349, 360(m), and New York common law to justify an award of punitive damages.  As a result, current New York law is potentially much more costly for infringers, making it a particularly appealing forum for trademark owners when seeking redress for cases of willful infringement even when the events relating to the infringement occurred thousands of miles away. Thus, special care should be taken to ensure that knowing and willful infringement does not occur at any level of an organization.

Matt Scyoc is a team member at UpCounsel, an interactive online service that makes it faster and easier for businesses to find and hire legal help solely based on their preferences. UpCounsel [...see more]