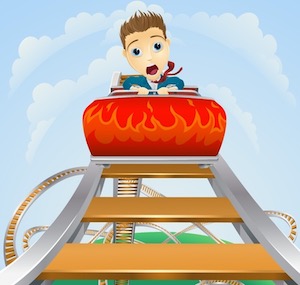 Few topics in the industry evince such passion, even emotion, as does the Patent Trial and Appeal Board (PTAB or “Board”) at the United States Patent and Trademark Office (USPTO). Ushered into being by the America Invents Act (AIA) with the intent on providing an administrative process for getting rid of bad patents, the Board has been called a death squad by some and celebrated by others. The truth probably lies somewhere in the middle, but it is extremely difficult to tell. The USPTO provides extremely misleading statistics that seem to have the clear intent to make the Board seem less of a threat than patent owners know it to be.

The harassing challenges of which I speak relate to serial challenges against the same patent. We are starting to see a phenomena emerge whereby challenge after challenge is filed against a patent only to be denied institution by the Board. Then mysteriously, without explanation as to what changed, an identical challenge is filed and suddenly the Board institutes the proceeding on the same prior art that was previously seen as unpersuasive. And what’s worse, the way the statistics are calculated these serial, harassing challenges make it look like the Board has a lower institution rate.

For example, if 4 inter partes review (IPR) challenges are filed against a patent and all denied, but a fifth identical IPR is instituted that means that out of those 5 challenges the institution rate was only 20%, which is hardly anything to get upset about. But that is complete nonsense. After being harassed the Board finally without explanation allowed a challenge so the patent owner had to respond to 5 challenges and still has to fight the proceeding. From the patent owner’s perspective it might as well be 100% institution rate.

The arbitrary and capricious nature of what goes on at the Board started to come to light in 2016 with several decisions from the Federal Circuit, after being carefully hidden from the public and excused by both the Patent Office and the courts for years. This awakening to the lawlessness of the Board accounts for the rollercoaster nature of the year for the Board. At the beginning of the year the Board was riding high on a wave of complete power with courts deferring time and time again to whatever they wanted to do, and whatever procedural unfairness befell a patent owner.

The high water mark for the Board came in June 2016 when the United States Supreme Court issued its ruling in Cuozzo Speed Technologies v. Lee, which ruled that the broadest reasonable interpretations (BRI) standard was acceptable, and that IPR institution decisions were not appealable. After that, however, the tide turned decidedly with the Federal Circuit finding the Board acted arbitrarily and capriciously, and that they were blatantly using the wrong definition of a covered business method (CBM) patent to institute challenges on patents that were not financial business methods. The year ends with the Federal Circuit considering whether the Board’s refusal to allow motions to amend, despite the statute saying they are allowed, is within their discretion. The writing seems to be on the wall and 2016 seems to be ending with the Board in a very different place than it was at the start of the year.

What follows are the highlights of 2016 for the Board, starting with a case decided on the very last day of 2015, which found that the Board actually does not need to consider timely submitted evidence that a party has a right to submit.