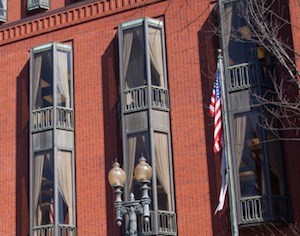 Tile Tech timely appealed and the Court considered: (1) the appropriateness of the default judgment; and (2) the scope of the district court’s permanent injunction.

Under Ninth Circuit precedent, the Court analyzed the district court’s decision for abuse of discretion under each of five factors from Malone v. United States Postal Services include: “(1) the public’s interest in expeditious resolution of litigation; (2) the court’s need to manage its docket; (3) the risk of prejudice to the [other party]; (4) the public policy favoring disposition of cases on their merits; and (5) the availability of less drastic sanctions.” Malone v. United States Postal Services, 833 F.2d 128, 130 (9th Cir. 1987). The Court considered found four factors in favor of dismissal, stating: (1) Tile Tech’s conduct greatly impeded the resolution of the case; (2) Tile Tech missed every deadline and prevented the District court from managing its docket; (3) Tile Tech’s failure to truthfully respond, and withholding evidence, prevented assurances of proceeding on the true facts and prejudiced United; and (5) the court gave ample warning to Tile Tech that it would enter default judgment if its discovery responses were not forthcoming. Factor (4), public policy favoring disposition of cases on their merits was in favor of Tile Tech, but that factor “always weights against dismissal.” Dreigh v. Nu Image, Inc., 648 F.3d 779, 788 (9th Cir. 2011).

Tile Tech argued that a default judgment was not appropriate because the district court did not find that Tile Tech acted in bad faith. However, the Court identified the full test for default, in the Ninth Circuit, as “willfulness, bad faith, or fault.” Fjelstad v. Am. Honda Motor Co., 762 F.2d 1334, 1341 (9th Cir. 1985). Tile Tech failed to present evidence that its dilatory actions were not its fault, i.e. outside of its attorney’s control. Therefore, the Court upheld the judgment.

Tile Tech next argued that the permanent injunction was overly broad because: (1) it enjoins “substantially similar” products that do not necessarily infringe the [patent]; (2) it requires Tile Tech to surrender the [relevant] mold even though the [component] by itself does not directly infringe; and (3) it prohibits Tile Tech from using images of United’s products in any marketing materials, even if there is no likelihood of confusion.

The Court looked at the language of the injunction and found that there were no problems with prohibiting all acts of infringement and restricting the sale, advertisement, marketing, or promotion of “substantially similar” products, as those acts would constitute infringement in light of the two-step test in TiVo Inc. v. EchoStar Corp., 646 F.3d 869, 882 (Fed. Cir. 2011) (“party seeking to enforce the injunction must prove both that the newly accused product is not more than colorably different from the product found to be infringed and that the newly accused product actually infringes.”).

The Court also found the requirement to surrender “any mold, or other device, by which any [component] utilized with the [patent] was made” an acceptable means of preventing future infringement as the component was crucial to the patented product. Additionally, the Court noted that United’s counsel stated that United would not seek to enforce the injunction if Tile Tech used the relevant component for non-infringing purposes. Thus, the Court held that the requirement to surrender the molds was appropriate.

Finally, the Court construed the language of the injunction with respect to the unfair competition claim in a manner consistent with the rights of Tile Tech. The district court had found that Tile Tech’s use of United products in its marketing materials violated the Lanham Act and should be removed. The Federal Circuit noted that “[t]o the extent that in the future Tile Tech’s advertising clearly distinguishes its products from that of United’s in a comparative advertisement, in a way that is not ‘an act of unfair competition,’ [the Court] read the injunction to not prohibit such uses.” Therefore, the Court found that the injunction was not overbroad as written.

A default judgment (under 9th Circuit law) does not require bad faith. Permanent injunctions may enjoin “substantially similar” products and may require surrendering a crucial enabling work piece (such as a mold) even though the component by itself does not infringe.