Curing the PTAB: How 3 Fixes Will Make a Better, Fairer Process 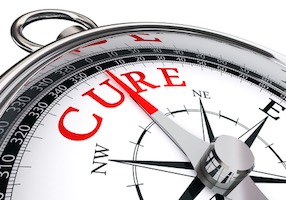 When the America Invents Act (AIA) was being formulated, from about 2005 – 2011, nothing was more subject to change bill-to-bill than the proposed “1st look” and “2nd look” procedures for issued US patents. Should the U.S. have a regular opposition procedure, or should existing inter partes reexam just be tweaked? The AIA final result is the universally dis-liked post grant troika known as PGR, IPR, and CBM. I could be rhetorically creative, like personalized license plates, and come up with (likely obscene) words to match the feelings I have for each post-grant acronym. But, since this is a “polite” policy and debate publication, I will refrain. Instead, I will leave those words and invective and associated rhetorical license for a forthcoming article on Supreme Court 101 jurisprudence. Stay tuned!

For today I will confine my remarks (and associated fixes) to three truly bad ideas that in practice have played out as particularly egregious. More specifically: (1) the lack of standing required for inter partes review (IPR) challenges; (2) the lack of any real ability to amend claims during a post grant proceeding; and (3) the trivially low threshold (i.e., reasonable likelihood) that initiates an IPR. I realize that myriad other failings, i.e., lopsided rules favoring requesters, for example, pervade PTAB proceedings, but these 3 issues are at the top of my list. If these three problems could be fixed, and they can be fixed, most of the other problems would sort themselves out.

It seems to me that in order for a procedure to replace an aspect of litigation, the same standing requirement ought to be in place in the substitute venue. In essence, if you cannot file a Declaratory Judgment (DJ) action in Federal Court to challenge patent validity, then you ought not to be able to run to the PTO and do, more-or-less, the same thing. The reasoning is simply that a property right should not be subject to the whim of those who find it a philosophical inconvenience.

Worse, IPR has made a mockery of all that was Hatch-Waxman. Why wait? Why do any real research? Why invest? Sit tight, wait for others to precede you in all the heavy lifting. The literally decades of effort that come at a price tag of billions – sometimes many billions – of dollars. Then, why not just file an IPR and see what sticks? Once you lose, ride the coat-tails of another’s subsequent IPR who has learned from your mistakes. At some point the patent dam bursts. This is a real problem for drug developers, and these challenges are not just being filed by hedge fund billionaires either. IPR represents a serious threat to drug development. Sure, no one will cry about multinational giants losing a patent here or there, but innovation in this space, like in all areas, overwhelmingly happens in small entities and in university labs.

But what is the alternative to a patent? If you are a pharma company with an approved drug, you don’t have a patent, you have a target on your back. The more success you have as a pharma patent owner, the more likely someone, literally anyone, including short sellers, comes gunning for your patent. Your own success has made it all the more likely! This is idiotic, and plainly beyond anything contemplated or debated or even imagined during the conjuring of AIA. It needs fixing. The only way to an IPR should be through an initially filed DJ in District Court. The filer, subject to Rule 11 sanctions in the event of a frivolous or harassing filing, and all the other sanction teeth a Federal Judge can muster, could then elect to have validity decided in the Courthouse or at the Patent Office. The only issues remaining for the Courthouse, once the IPR is finished, are the ones the PTO could not decide, i.e., on sale bar, public use, insufficient spec/claim, 101, etc. This fix requires legislation, and would make IPR similar to CBM in that a District Court gatekeeper would determine standing.

The second issue on my list relates to the inability to amend the claims during any PTAB proceeding. This lack of amendment was certainly not what was debated during AIA. It was thought, then, that by including the possibility of amendment, the patent owner would have a leveled playing field and, through such amendment, be able to survive an onslaught against poorly written or overbroad claims with respect to an otherwise worthy invention. Not so! Instead, in the system as implemented by the righteous PTAB, the claims are framed, targeted, and invalidated. Period. No second chance. Manifestly, this is not balanced between the requester and the owner. It all favors the requester. The requester can lavish on lawyers and arguments and prior art in an “ambush” setting, the patent owner completely unaware of what lies in wait. Then, once filed, an IPR becomes a 12 month coal chute to invalidity. The patent owner facing all manner of procedural legerdemain.

Fortunately, the fix is easy and does not require legislation. The PTO has complete rule making authority to allow for a Reissue off-ramp for the patent owner. (see 35 USC 315(d)). Within 3 months of filing, the patent owner should be able to file for a reissue, which would auto stay any post grant challenge, whether an IPR, a Post Grant Review (PGR) or Covered Business Method (CBM) review. Any District Court filing, necessary to establish standing, as per my first suggestion above, would be auto dismissed without prejudice. In this way, intervening rights can be assessed if any threat reappears for the requester later on, and the patent owner is afforded a relatively inexpensive, elective timeline (i.e., with extensions) and low anxiety mechanism to retrieve their patent. The same examiners would review the reissue upon the same standard as it was originally. Presto, rejuvenated patent. Challenger/Requester in the clear, and patent saved. Saving patents where proper was, after all, what Congress says in the Legislative History of the AIA was the goal.

Before leaving this suggestion it is worth pointing out that the Federal Circuit has recently heard oral arguments in In re Aqua Products, which will among other things address PTAB amendment practice. If the Court does what they seem to be contemplating, which is to make it easier to amend in post grant proceedings, the PTO will need to figure out how. A Reissue off-ramp could be, and should be, the PTO solution.

The third item I feel needs addressing is the trivially low standard the PTAB uses to initiate IPRs. The present standard of initiation is: “reasonable likelihood of success”. Good grief, this is a preservation standard for maintaining “status quo” for a short period while a Temporary Restraining Order (“TRO”) is in place awaiting a full preliminary injunction hearing (with a much higher threshold to obtain!). The reason is it a low threshold at the TRO stage is that the very subject matter in dispute, i.e., an historic building, a grove of trees, a pristine river, etc., may otherwise be destroyed. This low standard was never, and would never be, intended as a threshold for granting an IPR to destroy or take property! Talk about a “lack of due process”, this total disregard for property rights, as implemented by the PTAB, transcends that little due process observation and arrives at an idiotic Alice in Wonderland reversal of legal rationale. Insane.

Remember the debate in AIA as to the various thresholds to begin PTO patent validity challenging procedures? Another PTO patent challenging procedure threshold standard was also discussed and adjusted by AIA, to wit: inter partes reexam. A “substantial new question” (SNQ) of patentability, was considered too low a threshold for Inter Partes reexamination. This low threshold was thought to unfairly favor the requester. Too many inter partes reexaminations were being granted at too low a threshold. Hence, for the last 12 months of Inter partes reexamination (9/16/11 – 9/16/12), it simply couldn’t wait; the threshold was raised to “reasonable likelihood of success”! What about SNQ, the now lower threshold for ex parte reexamination post AIA? Where was that on the scale? Well it was certainly higher than what the PTO had applied during initial examination, the “more-likely-than-not” or “preponderance of evidence” standard.

Under SNQ, you cannot simply re-plow the same ground using an ex parte reexamination as the examiner did in original prosecution. It had to be substantial and new. This old initiating threshold of SNQ for both inter parte and ex parte reexamination, was then raised to “reasonable likelihood” for inter parte. Get it: Raised! Yet. Somehow, the PTAB has lowered this threshold to literally almost no threshold at all for IPR initiation. How many IPRs have been refused? Very few. Yes, I realize the institution rate has decreased, but from the patent owner perspective what does the institution rate matter when a challenge has been refused five times and then granted on the sixth petition based on the same arguments and same prior art? And, once started, we all know the outcome: invalidity. Even better, the institution decision is, so far, not appealable. No due process – at all. Property snatched. Patent owner harassed in the process.

If this threshold test is not changed to the appropriate standard, we have the perverse situation wherein the status of a patent as being subject to a post grant challenge weakens with age. This happens to be inverse to its likely value! Initial examination and PGR are held at the more-likely-than not (preponderance of evidence) threshold, then once PGR is out of range and for the balance of the term of the patent, the threshold is presently lowered by the PTAB to the reasonable likelihood standard. That is, prior art that would not raise a question during initial examination and PGR, becomes a Sword of Damocles thereafter. Lunacy without a due process check.

The threshold scale for initiation, from lowest to highest should be: (1) preponderance of evidence (more-likely-than-not) – initial examination at PTO and PGR and CBM initiation, and the threshold subsequent to initiation of any PTO proceeding; (2) Substantial New Question (SNQ) (ex parte reexam only); and (3) Reasonable likelihood of prevailing (rename it “substantial likelihood” if necessary) for IPRs.